SINGAPORE (Reuters) – Singapore’s ruling People’s Action Party is on track to retain power comfortably, early results from Friday’s general election showed, but opponents have made historic inroads in a vote held under the cloud of the COVID-19 pandemic. 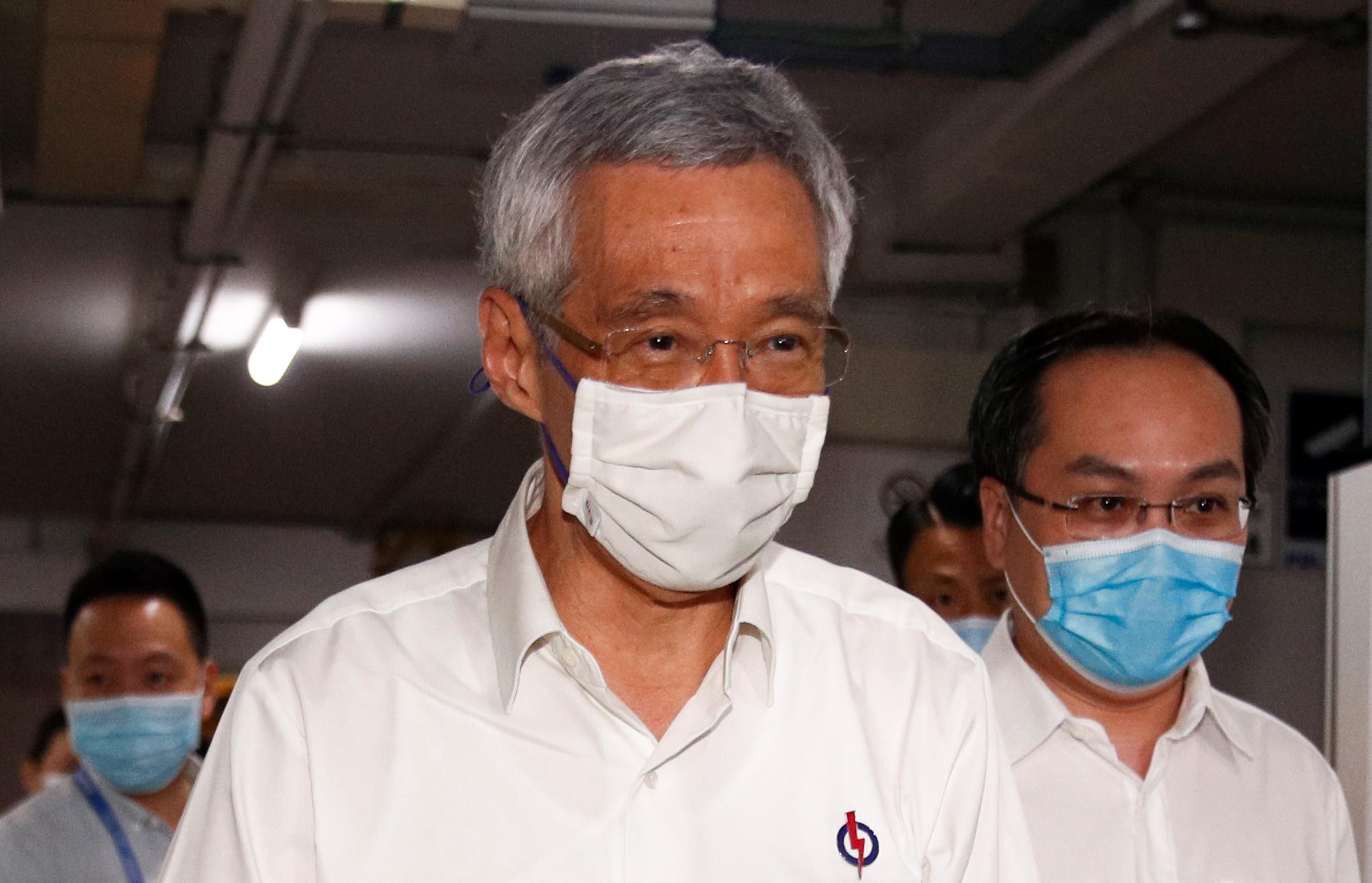 In power since independence in 1965, the PAP had been widely expected to win and carry Prime Minister Lee Hsien Loong to what is likely his last victory before retirement as national leader.

Counting so far showed the PAP had secured 33 seats and was leading in another 50 out of 93 seats in parliament, according to the Elections Department.

But an early voting sample showed an unprecedented swing to the main opposition Workers’ Party, putting it on track to secure a record 10 seats, while the popular vote was set to be down significantly from 70% in 2015.

Small shifts in the PAP’s popularity can lead to major policy changes. And in a city state with tight controls over media and speech, among other obstacles to opposition, supporters took the early indicators as a landmark show of strength.

“The results have surpassed the expectations even of some in the opposition,” said Loke Hoe Yeong, author of First Wave, a book on the history of the Singapore opposition.

“It also looks like voters are voicing their disapproval of the PAP calling a general election in the midst of the pandemic.”

The PAP’s two-thirds majority in parliament looks to remain intact, affording them a free hand to pass legislation, but its leaders will also be under pressure to address the slip in support.

When concerns around immigration and jobs flared in 2011, the PAP polled a then-record low 60% of the vote and it tightened international hiring rules to address voters’ sensitivities.

Those concerns have come to the fore again as the country emerges from lockdown to face its deepest recession.

Lee, the son of Singapore’s founding leader, Lee Kuan Yew, called the election to seek a fresh mandate to guide the country through a health crisis that has crushed the small but open economy.

Singapore is not the first country to hold elections during the pandemic – South Korea and Serbia have also held polls – but opposition parties had pushed back on the plan saying it endangered voters and hindered their campaigning.

“They think that they’ve done well dealing with the pandemic,” said Muhammad, a 33-year-old construction safety manager amongst ebullient Workers’ Party supporters. “They haven’t,” he said. 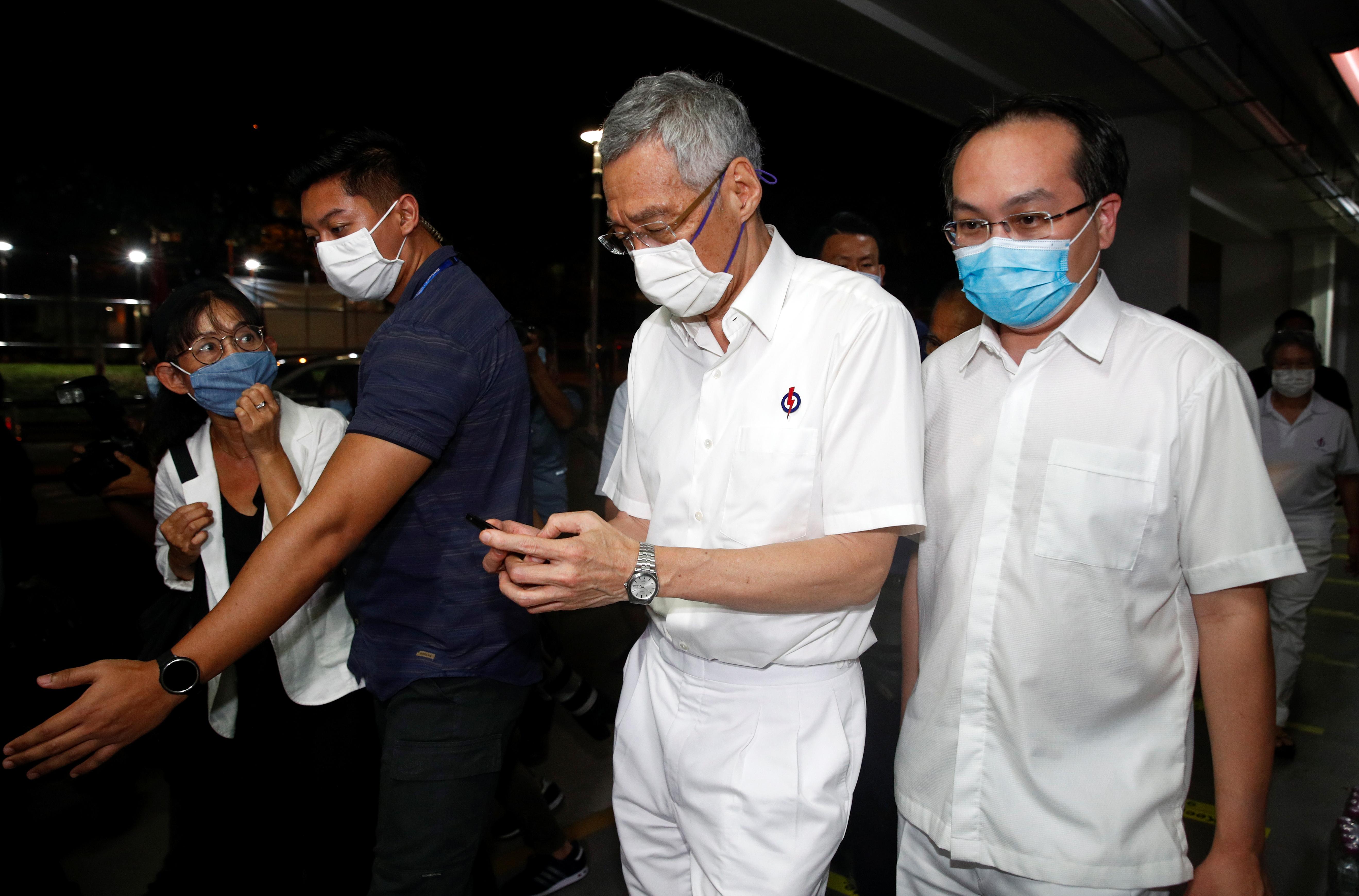 The city-state has one of the lowest COVID-19 fatality rates in the world and initially earned widespread praise for its efforts. But subsequent mass outbreaks in cramped migrant worker dormitories stained that early success, and persuaded the government to keep schools and businesses closed for longer.

Lee, who has held the premiership since 2004, retained his seat easily. But at 68, he has flagged his intention to step aside in coming years, and his deputy and earmarked successor, Heng Swee Keat, suffered a swing against him.

Heng, who was thrust into an unsafe seat before the vote in what analysts said would be a key test of public support for the would-be leader, held on with 53%.