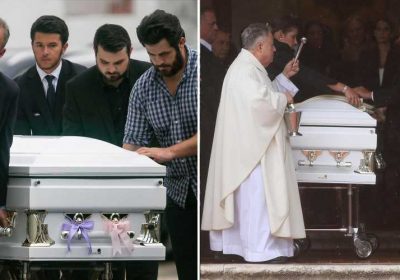 TWO young sisters who were killed in the Miami condo collapse have been buried in the same coffin as the death toll from the tragedy hit 46 on Wednesday.

Lucia Guara, 10, and her four-year-old sibling Emma were laid to rest alongside their parents Marcus, 52, and Anaely, 42. 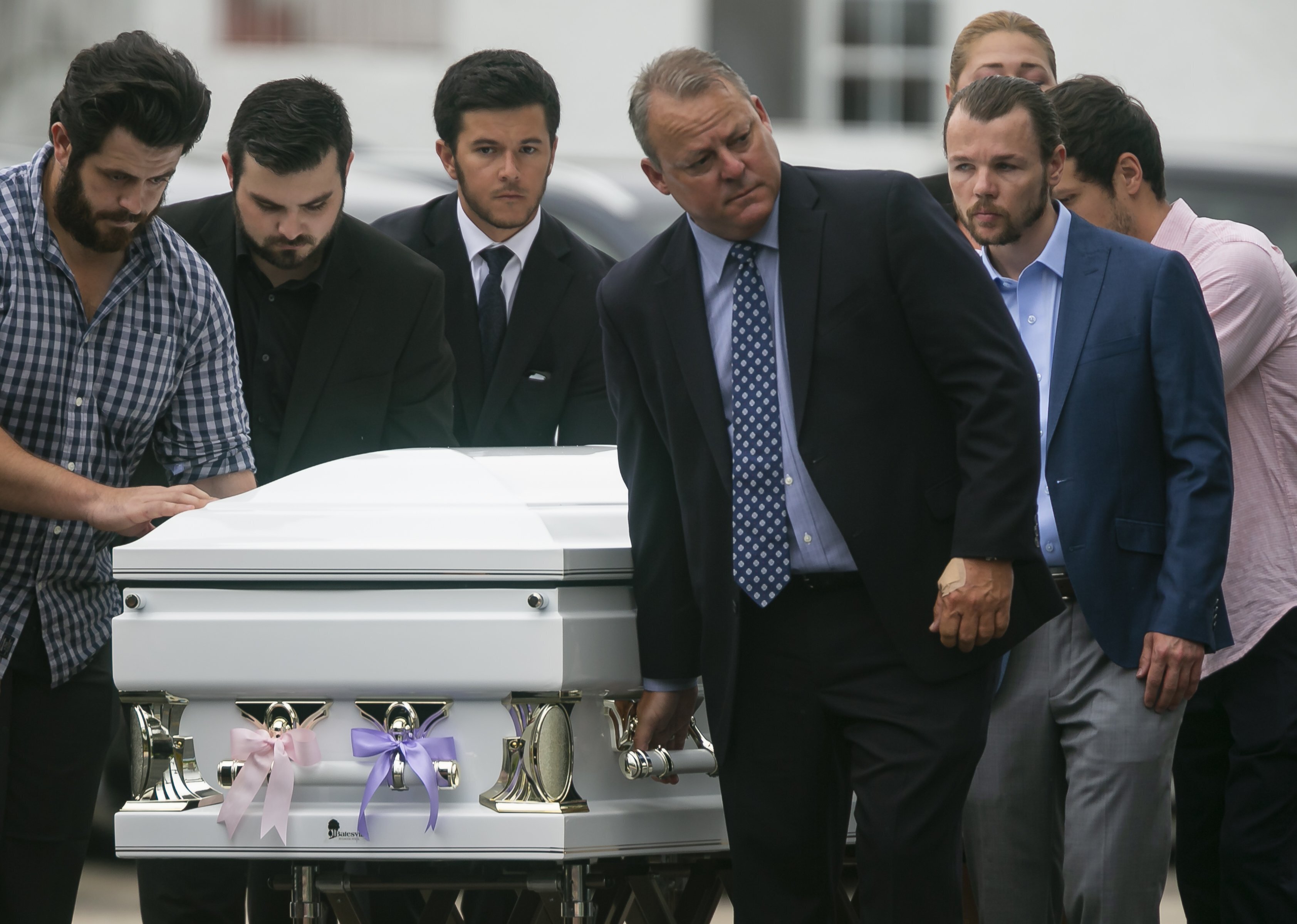 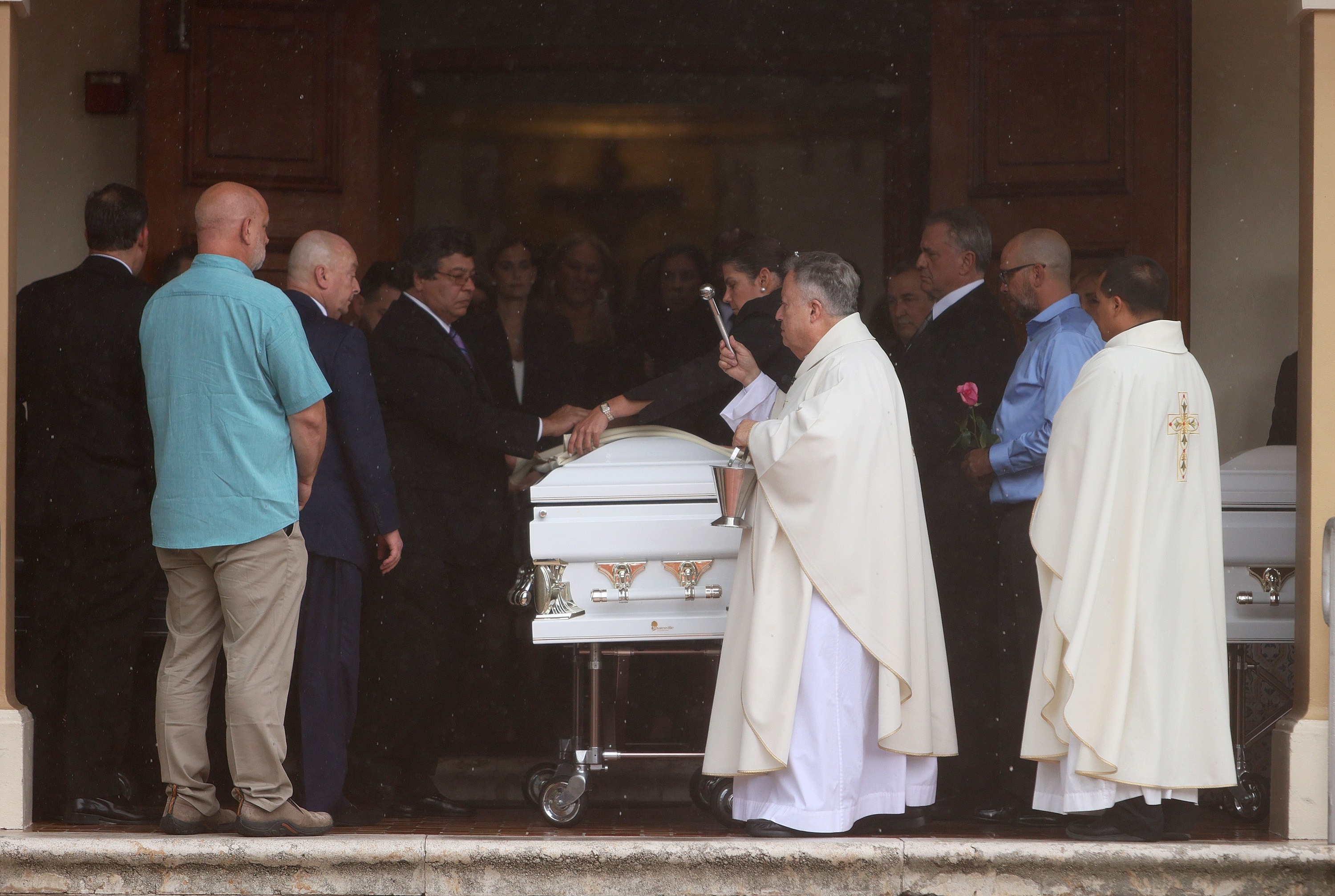 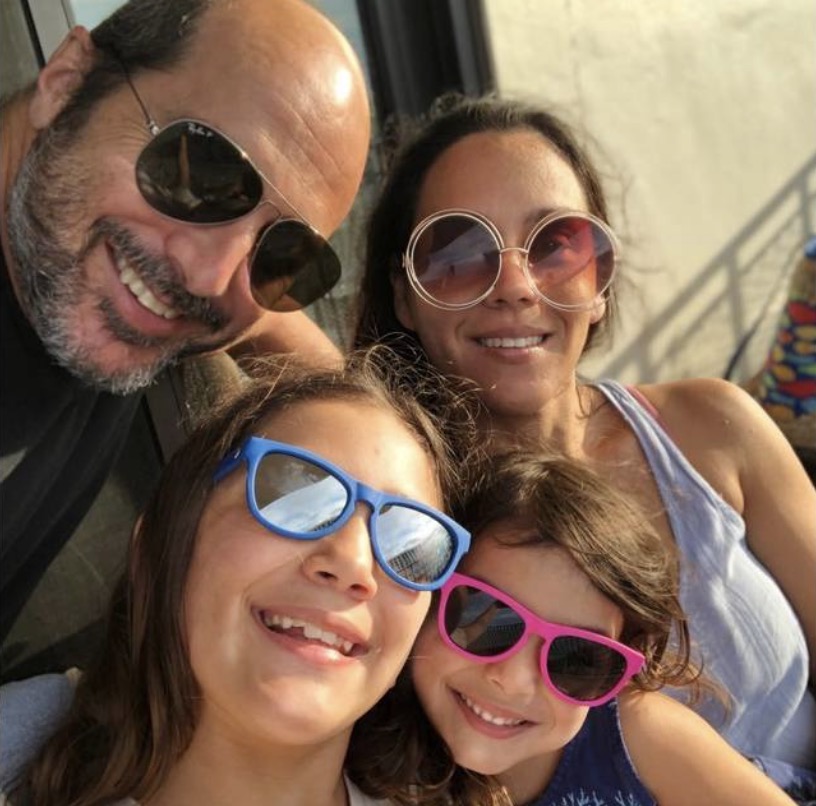 The youngsters were placed in the same casket covered in pink and purple ribbons on Tuesday.

Relative Digna Rodriguez said: "May we all connect with family as Lucia would.

"May we all move with grace as Emma would. May we all be as devoted and loyal as Marcus and Anaely were." 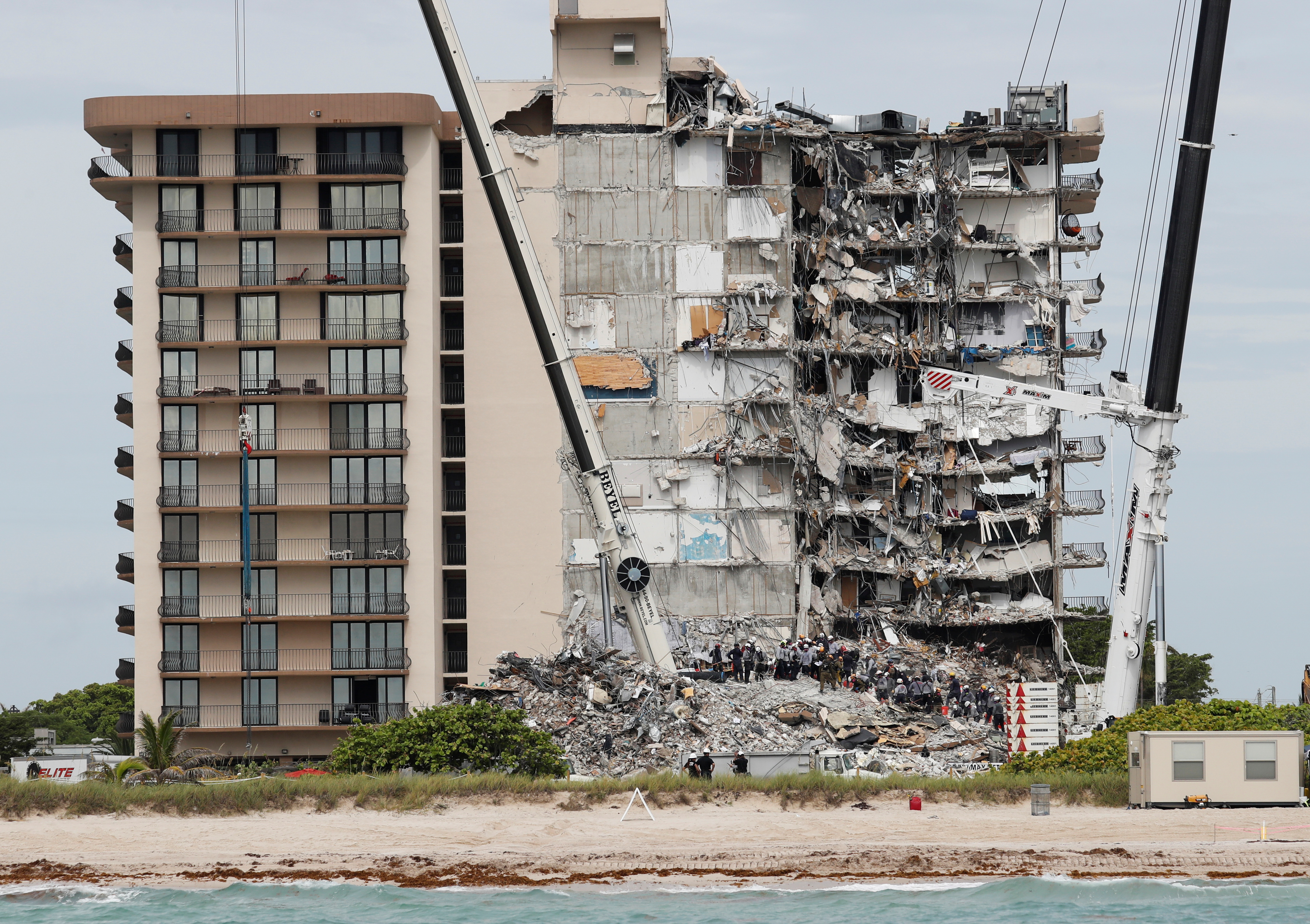 Her baby sister, Emma, was the princess of the family, a natural artist, who enjoyed her dad’s piggyback rides and cuddling with her mom, she added.

Marcus' cousin, Peter Milián, said: "This cooler than cool guy melted all over his daughters. He loved being a father.

"I truly believe God watched over them by not making them suffer without Lucia and Emma."

The family were buried three blocks from the disaster at their parish church.

The now-razed condominium building overlooks the parking lot of the church where Emma was baptized in 2016 and Lucia had her first communion in 2019.

Rev. Juan J. Sosa said: "We still have about 15 of our other parishioners missing." 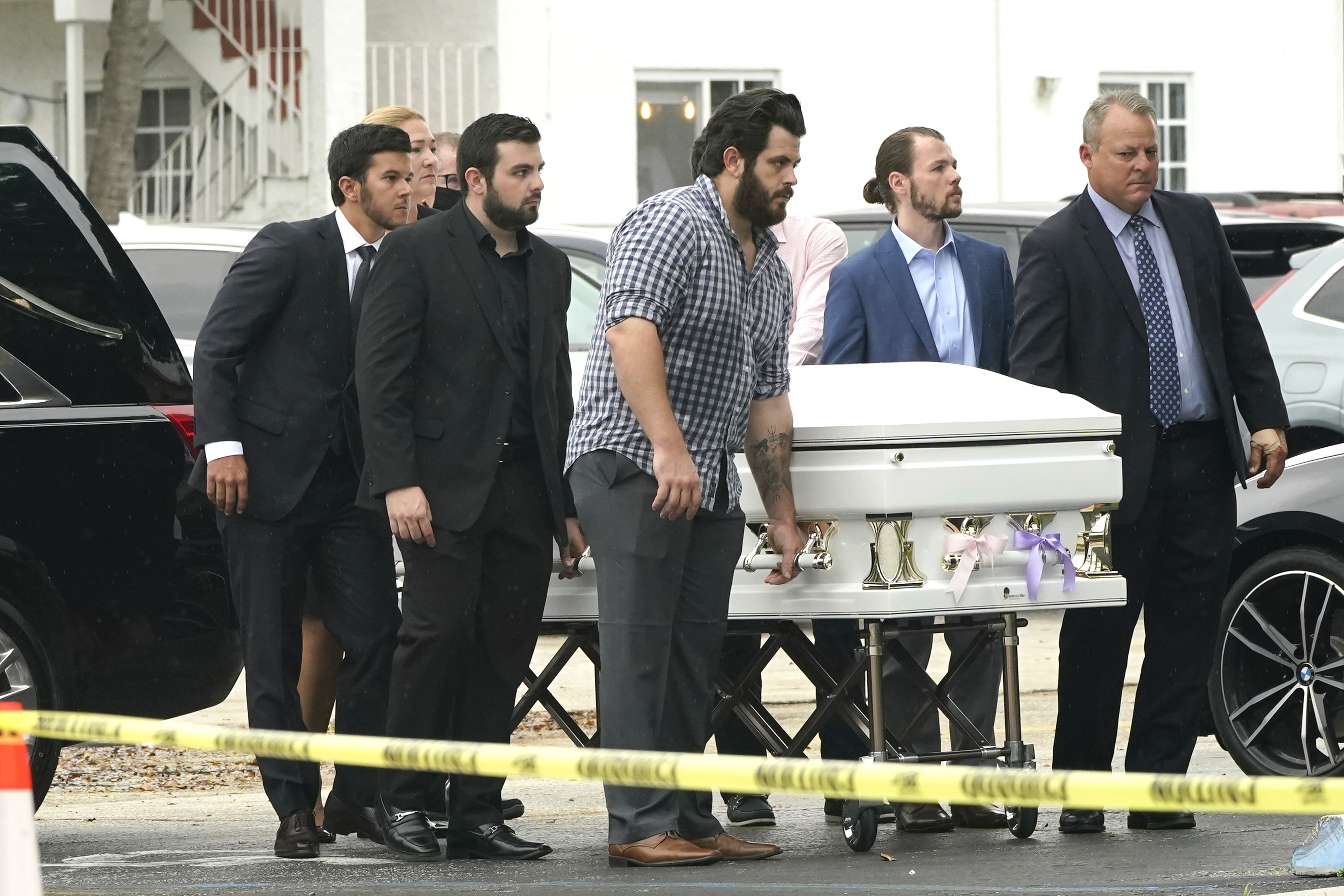 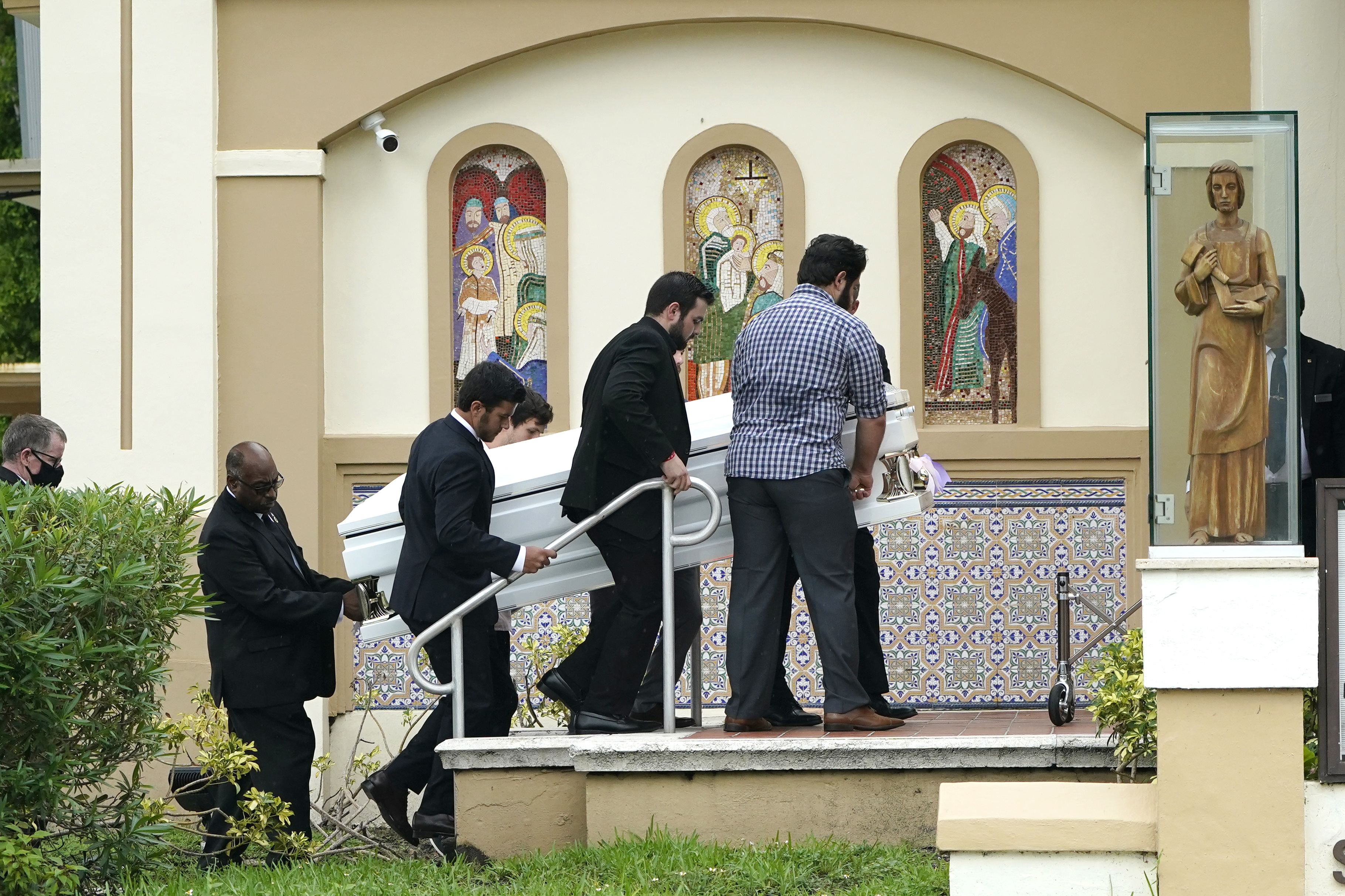 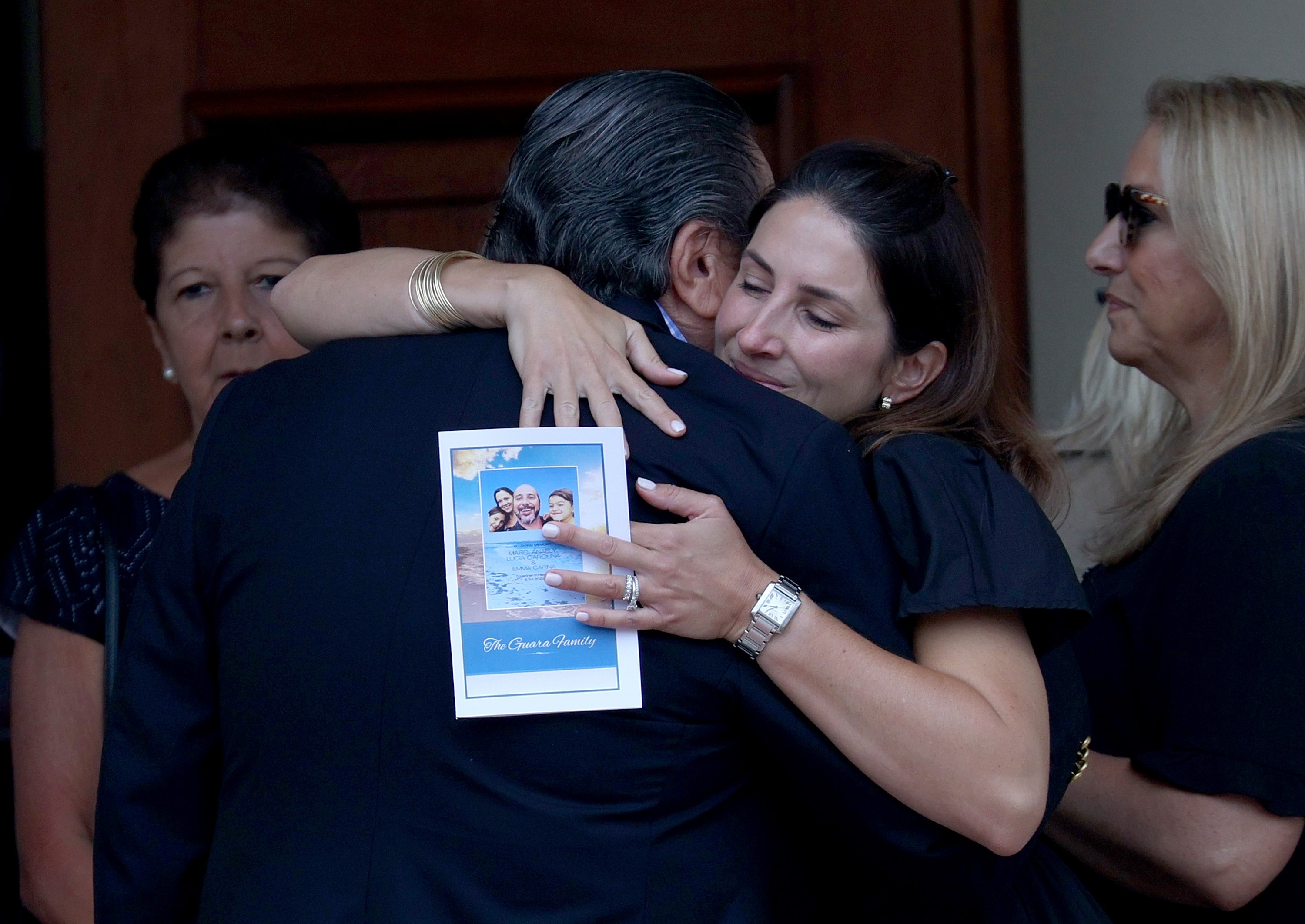 Rescuers continued digging through piles of pulverized concrete and twisted steel on Wednesday in Surfside amid concerns about the safety of nearby buildings.

The death toll rose to 46 on Wednesday with 10 new bodies found, as officials warned there is "no livable space left."

First responders are reportedly not seeing "anything positive" as the search for survivors nears the end of its second week.

The search has been affected by storms and bad weather as Storm Elsa rages toward Florida.

It was also temporarily halted so the remaining portion of the building could be demolished, granting search crews access to a portion of the rubble that had been propping up the rest of the apartment block.

The sudden collapse of the tower at around 1am late last month buried 150 people under the building.