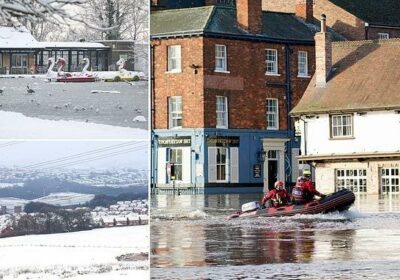 After the floods, here comes the ‘Nightmare from the North’… A six-day shiver that will bring snow to the south and temperatures as low as -15C in some areas

Widespread flooding in parts of Britain is expected to give way today to winter’s second freeze, with an 800-mile-wide ‘Nightmare from the North’ bringing a six-day shiver and snow even for the South.

Nights as low as -15C will make some areas of Britain even colder than Antarctic research bases. Daytime highs will hit just 1C in the North.

Parts of the country could see their first snow of winter, after the December cold stint saw snow in the South East and parts of the North but missed much of the Midlands and West.

The freeze comes after several days of heavy rains, high winds and flooding around Britain. 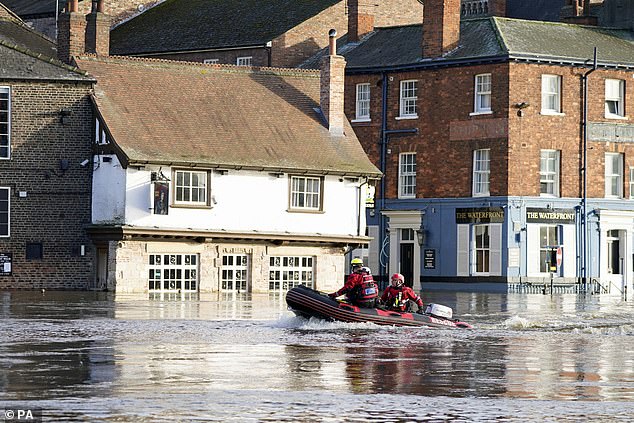 The freeze comes after several days of heavy rains, high winds and flooding around Britain 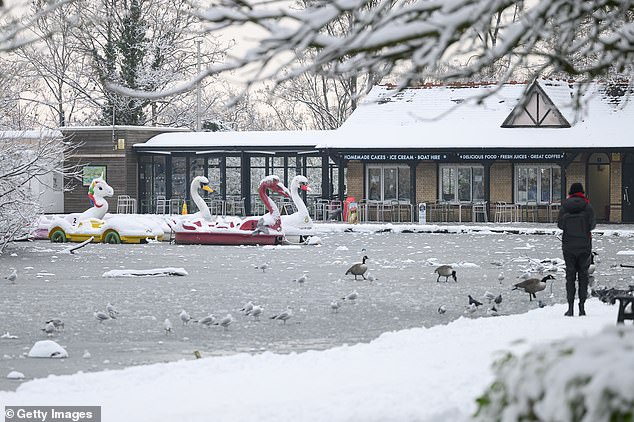 Parts of the country could see their first snow of winter, after the December cold stint saw snow in the South East and parts of the North but missed much of the Midlands and West

But with a blast of Arctic air arriving, the Met Office forecast snow showers in the North today, with possible blizzards, and higher ground in South West also facing snow tonight.

Government weathermen said the North’s wintry flurries will push towards the South and Midlands from Tuesday, with a risk of ice following. Scotland was warned of up to 4in of snow in the southern uplands today, and 6in in the northern Highlands from tomorrow. Chills will continue until Friday, amid snow flurries near coasts from midweek, mainly in the North and East.

England can expect -8C nights, with the -15C forecast in the Scottish Highlands from tomorrow night colder than the Antarctic’s Belgrano II research base. At 800 miles from the Pole, it is the closest coastal station to the globe’s southernmost point and its 19 scientists will see -12C lows.

A Met Office forecaster said: ‘From Sunday the weather turns colder with showers increasingly falling as snow, even at lower levels, especially across the North. And wintry showers will spread further south. 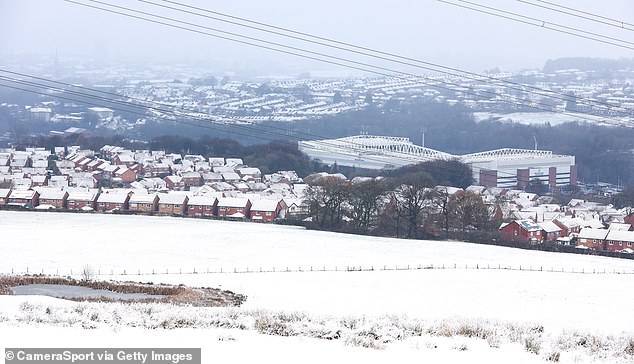 ‘Overnight temperatures will be below 0C across much of the UK.

‘Cold temperatures to Friday will be exacerbated by strong winds, with a widespread frost likely, while coastal wintry showers will mainly affect the North and East, although some may push further inland at times.’

Scotland’s STV weather presenter Sean Batty said: ‘We could be looking at similar lows to December.’

Rail bosses plan to run empty trains at night to keep rails clear and airports have put snowploughs on standby. Councils will grit roads, with the RAC bracing for rush-hour chaos tomorrow.