KILLER floods have left at least 30 people dead in South Korea after 40 consecutive days of rain. 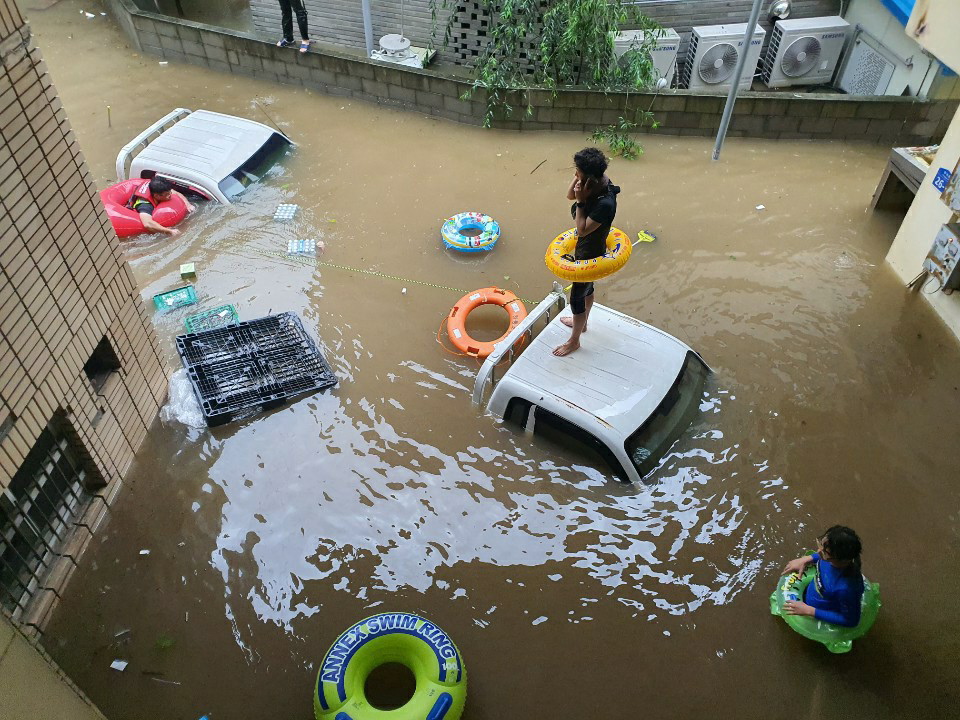 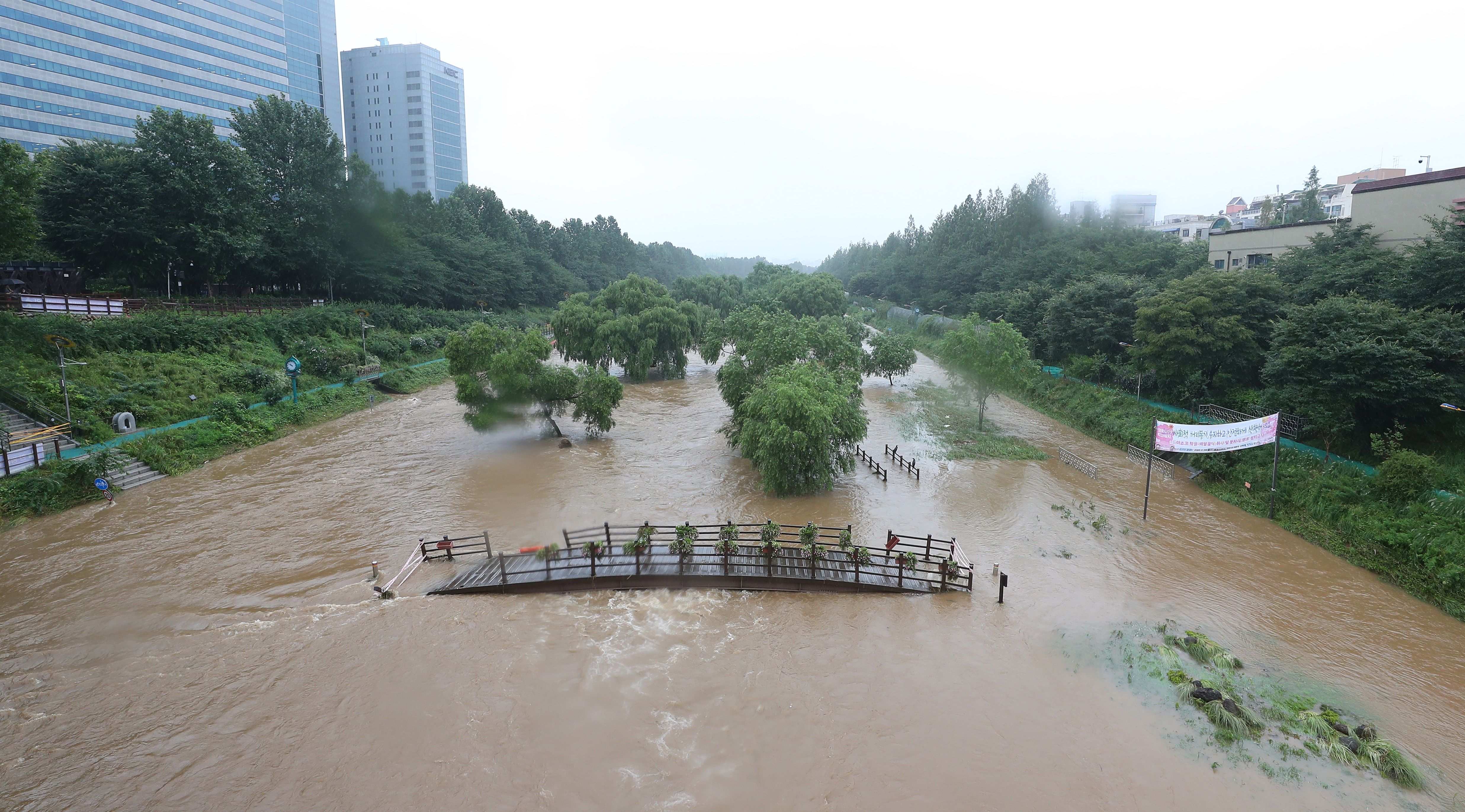 The government said the casualties include 13 people killed in the last 48 hours, as the nation battles its longest running monsoon in seven years.

Weather official Woo Jin-kyu said most places had received around four times rainfall than the average recorded over the last 30 years.

Images showed locals stranded on top of their cars and even cows escaping the flood waters on the roofs of houses.

Other beasts were also seen struggling to keep their heads above water in southwestern Gurye. 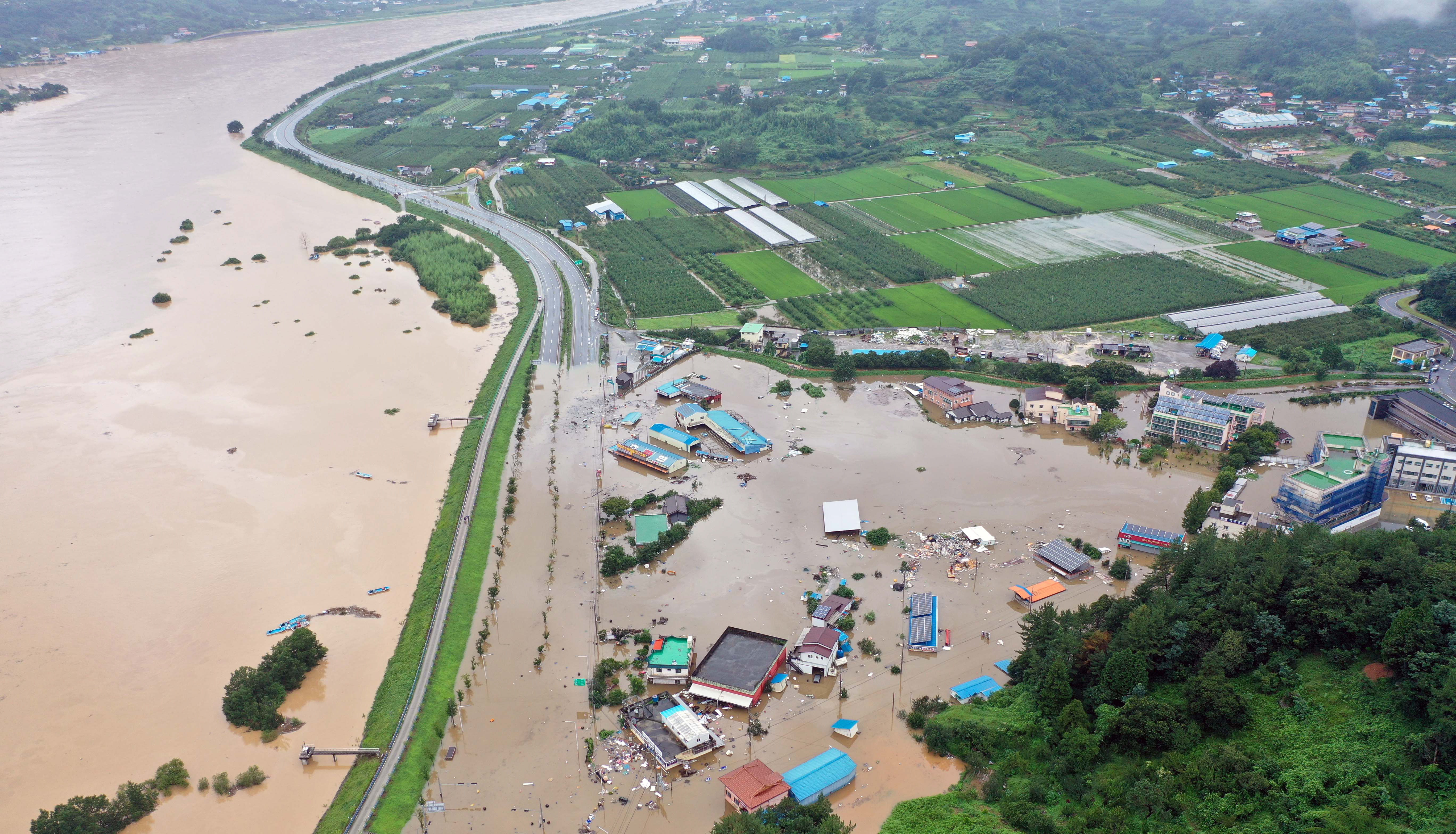 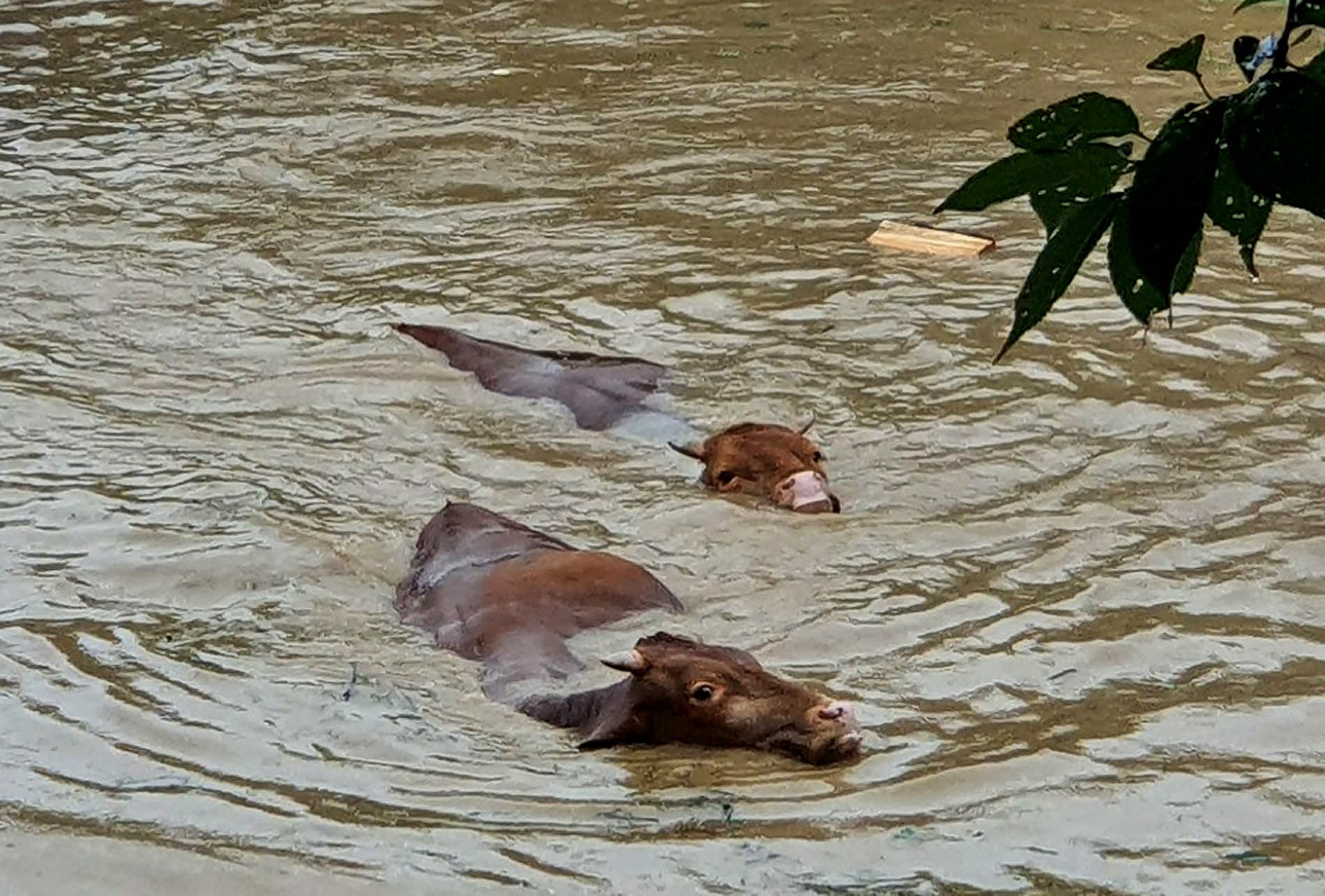 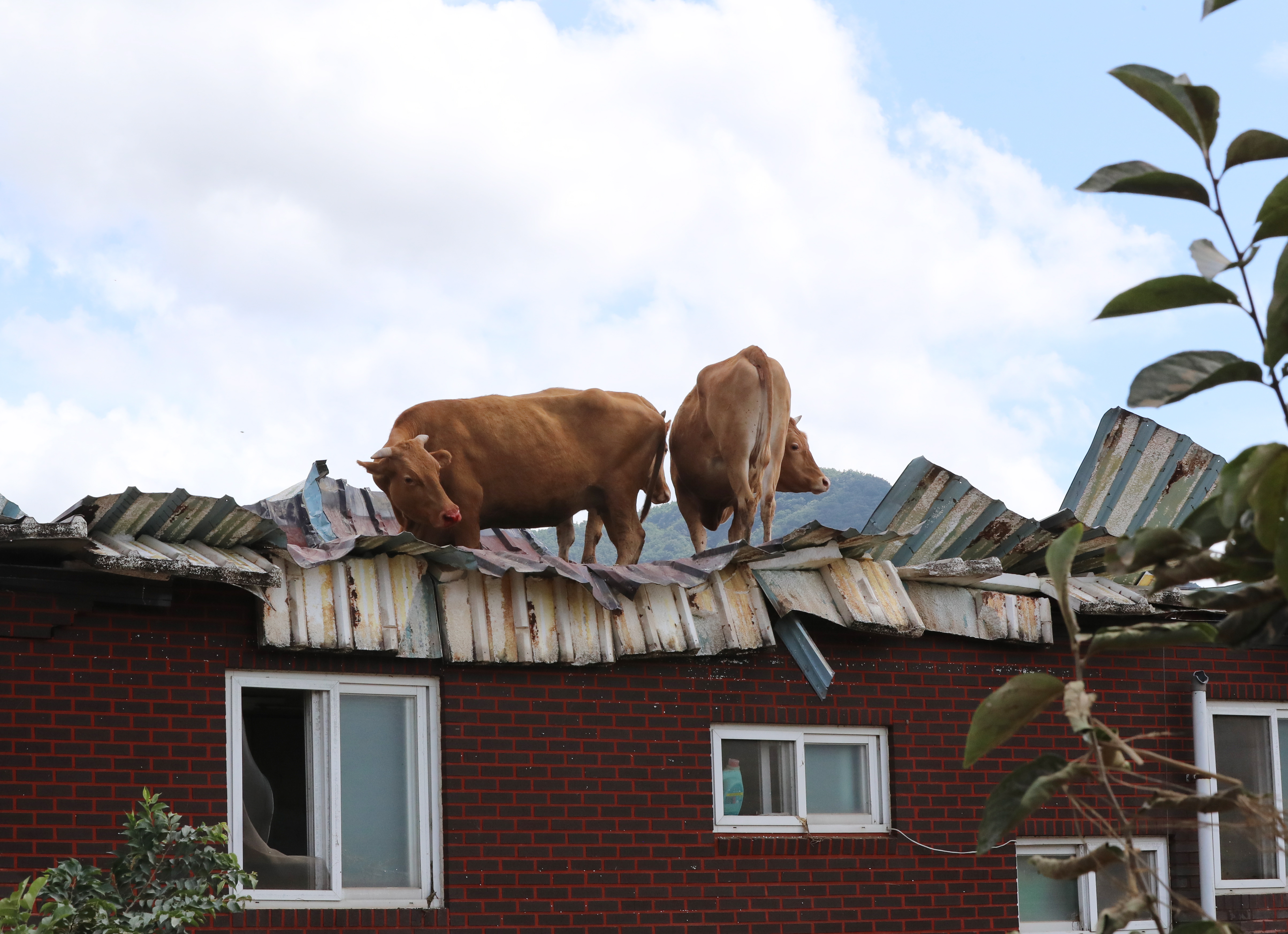 Nearly 5,000 people have now been evacuated from their homes, according to Ministry of the Interior.

About 100 metres of levee collapsed at the Seomjin River on the southern edge of the peninsula on Saturday, forcing the evacuation of 1,900 people.

As of this morning, rain continued to batter most southern parts of the country.

Other regions have been warned by the safety ministry that even more heavy downpours are expected later today. 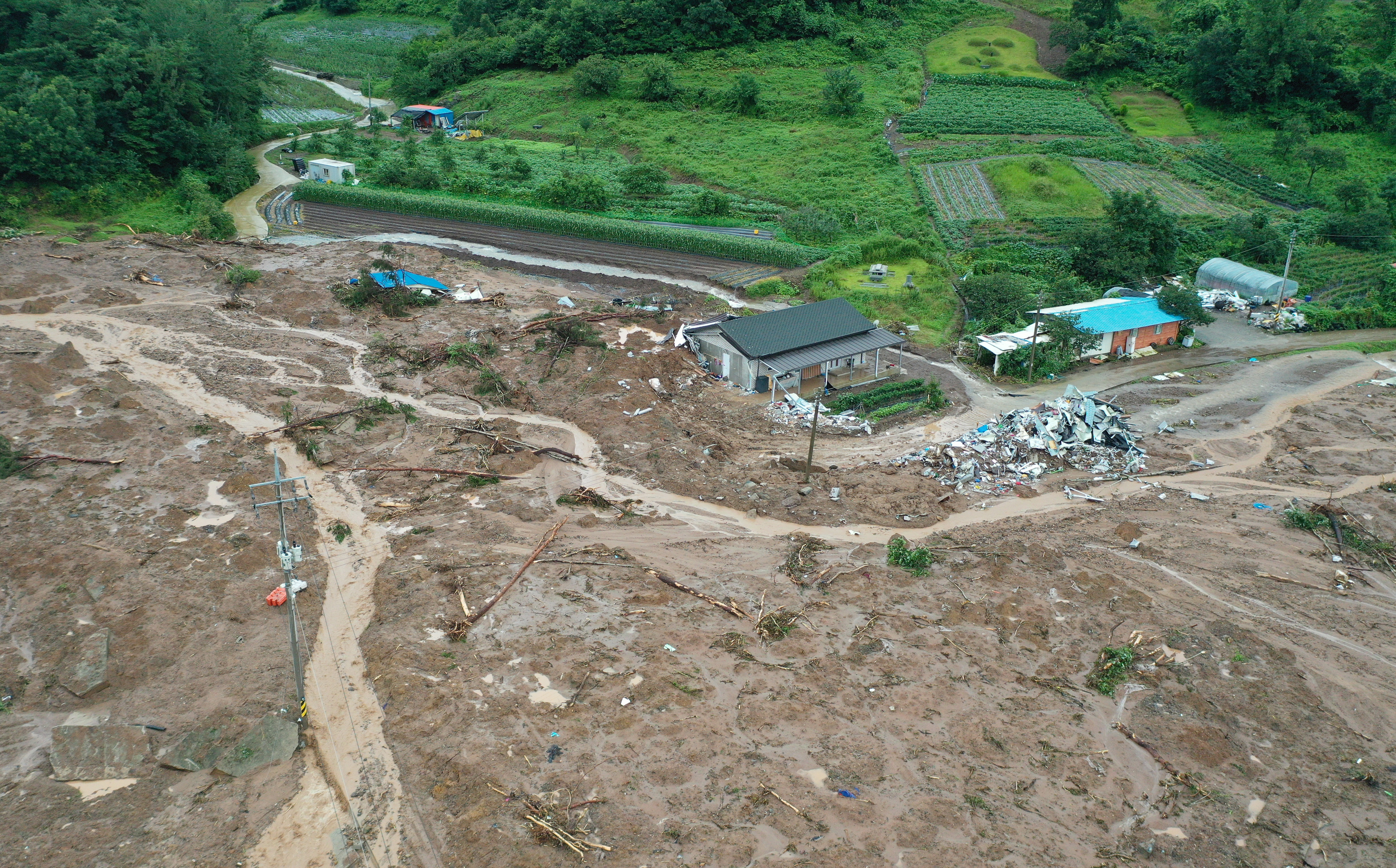 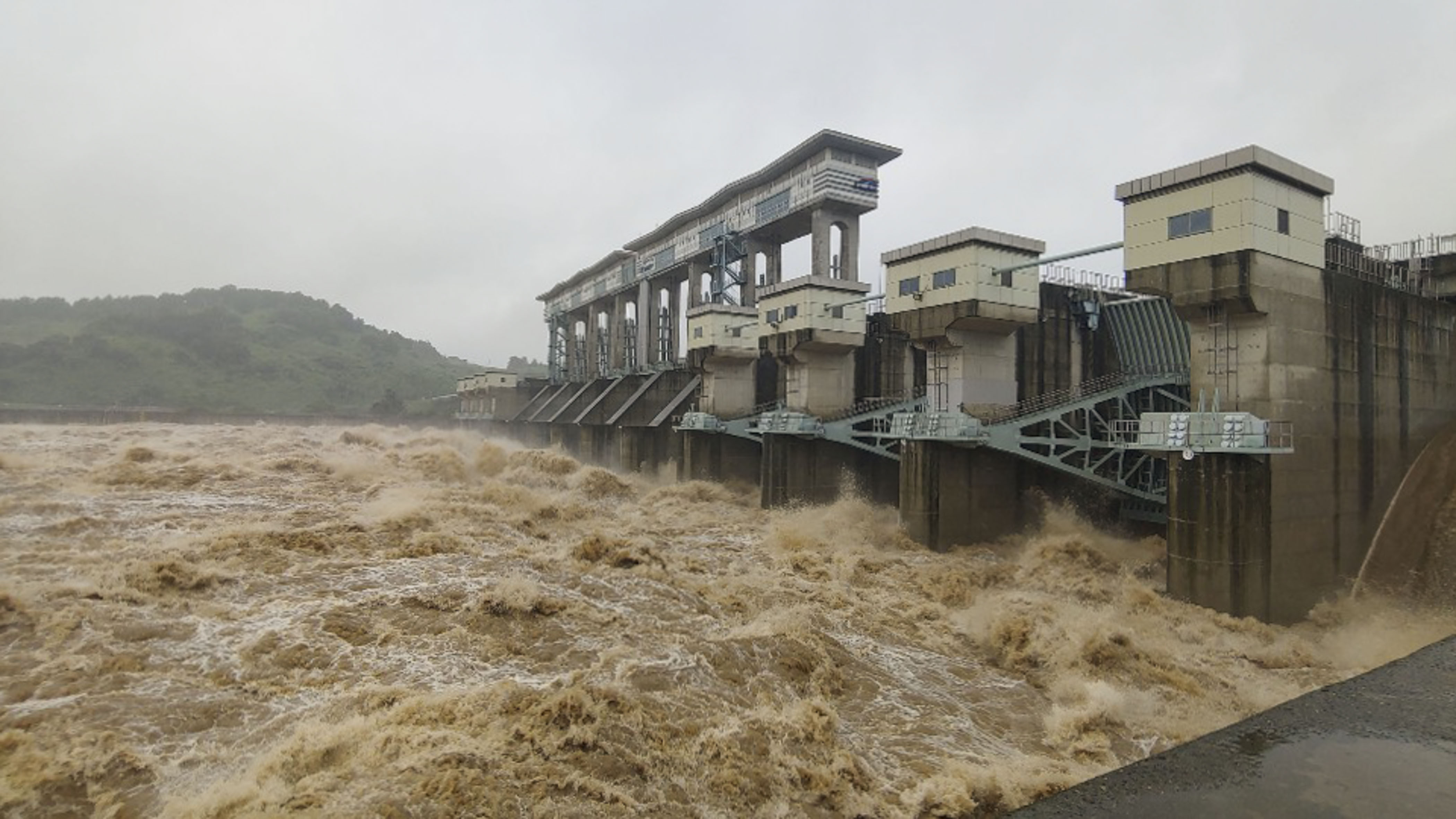 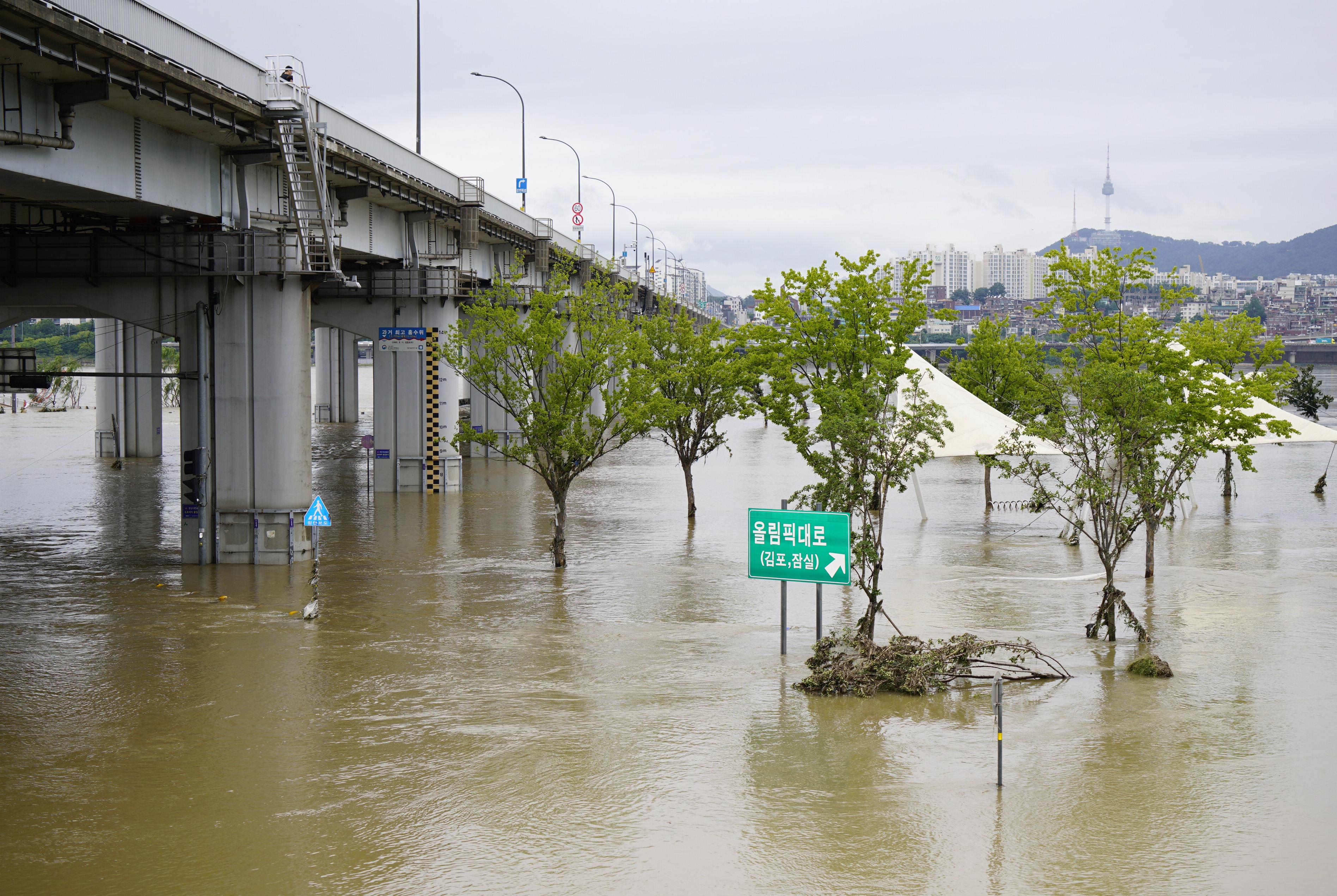 Landslide warnings remain in place at the highest level for every region except the holiday island of Jeju.

Mulitple homes were buried in a landslide from a mountain behind a village in Gokseong, South Jeolla province, killing five people.

Twelve local flights were cancelled at the regional Gwangju airport after the runway was flooded, according to Yonhap news agency.

The city of Seoul warned people to stay away from basements, valleys and rivers as further torrential rains are expected.

South Korea's longest monsoon on record was 49 days in 2013, however current forecasts predict that this year's may last longer.

There, torrential rain has destroyed 179 houses and flooded rice-growing land but there have been no deaths, according to KCNA.