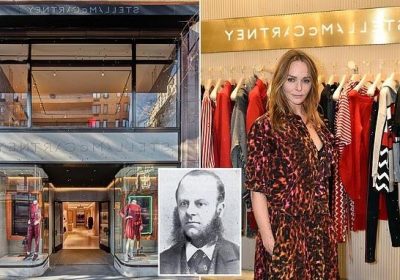 Stella McCartney in $1.4million rent row over Manhattan store that shut its doors a year ago because of the pandemic

Stella McCartney’s fashion house has allegedly failed to pay any rent at its Madison Avenue store in New York for the past year, costing the landlord around $1.4million.

The luxury label set up by Sir Paul McCartney’s daughter which prides itself on ethics and sustainability has been renting from the rare stamps and coins dealer Stanley Gibbons since 2016.

The store in the heart of Manhattan, one of 51 McCartney shops around the world, was forced to close last April due to the Covid pandemic and since then, Stanley Gibbons says it has not received any rent. 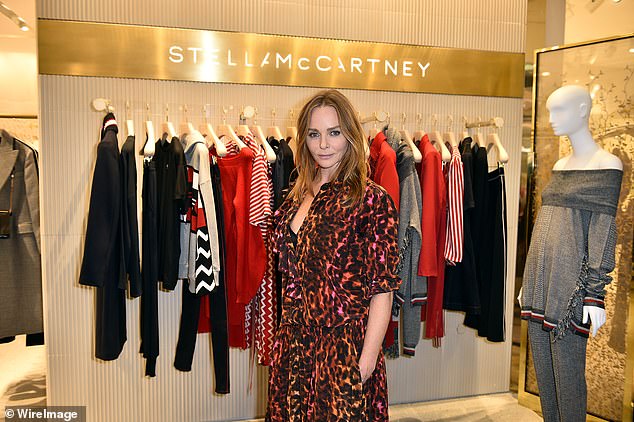 Stella McCartney’s fashion house has allegedly failed to pay any rent at its Madison Avenue store in New York for the past year, costing the landlord around $1.4million 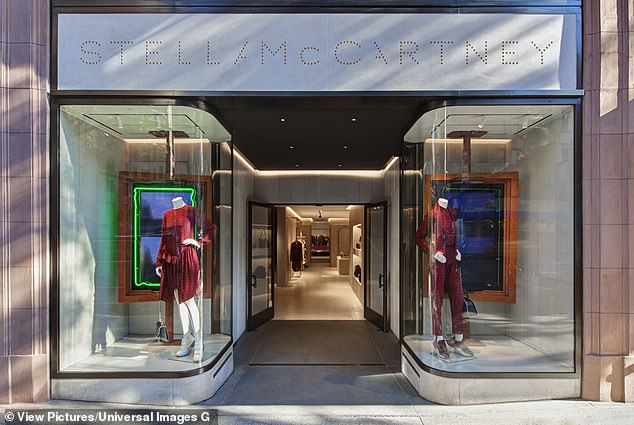 The store in the heart of Manhattan (pictured), one of 51 McCartney shops around the world, was forced to close last April due to the Covid pandemic

The landlord has run down the security deposit which covered rent until September but has not received any extra funds to top up the deposit or pay the overdue rent, according to The Times.

The fashion house, which designed the Duchess of Sussex’s wedding reception dress, has sold from the New York store in the prime location on the upper east side near other labels including Christian Louboutin and Ralph Lauren.

It was formerly leased by antiques dealer Mallett which was also owned by Stanley Gibbons. 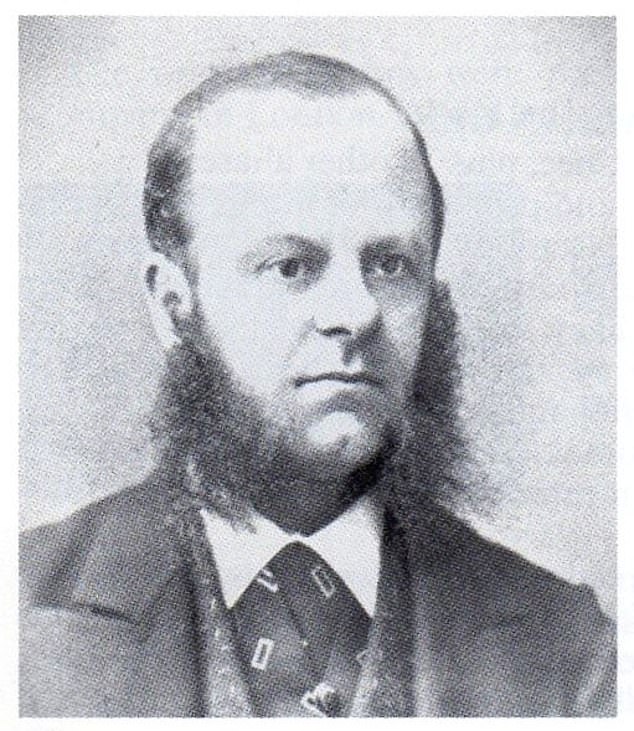 The luxury label set up by Sir Paul McCartney’s daughter has been renting from Stanley Gibbons, which was set up by the eponymous coins and stamps dealer born in England in 1840 (pictured)

The coin dealer retained the lease to the store after selling Mallett five years ago, and the current lease lasts until February 2027.

The store is being sublet to Stella McCartney which agreed to take on the lease until its expiry.

Stella’s stores around the world

Stella McCartney operates 51 freestanding stores (with 1,400 employees) in locations including:

Her collections are distributed in 77 countries through 863 doors including speciality shops, and department stores, as well as shipping to 100 countries online.

The building landlord is Solil Management which is owned by the wealthy Goldman family.

The daughter of the Beatle and his late wife Linda, who launched her fashion house in 2001, allegedly wants to walk away from the deal which has frustrated Stanley Gibbons.

Her label has struggled in the past year with low footfall in the world’s shopping capitals such as London, Paris and Milan due to the pandemic.

The drop was so big that accounts show that a dividend due to Stella two years ago of more than half a million dollars has not been paid, although she was paid more than $3million last year.

Rising costs and administrative costsman meant the company made the loss of $44million compared to a loss of $15million the year before.

Her house was launched with Kering, the French luxury goods company which also works with Gucci and Yves Saint Laurent, while LVMH hold a minority stake.

Edward Stanley Gibbons was born in England in 1840 and set up the world’s oldest stamp business in 1856.

It opened its first shop in 1891 on The Strand in London where it continues to trade today, after opening a stamp counter at his father’s chemist shop in Plymouth.

Chief executive Graham Shircore said about Stella McCartney’s alleged rent payments: ‘Our sub-lessor, despite being backed by one of the largest and most profitable businesses in the world, is attempting to walk away from their lease commitments without making any form of restitution. 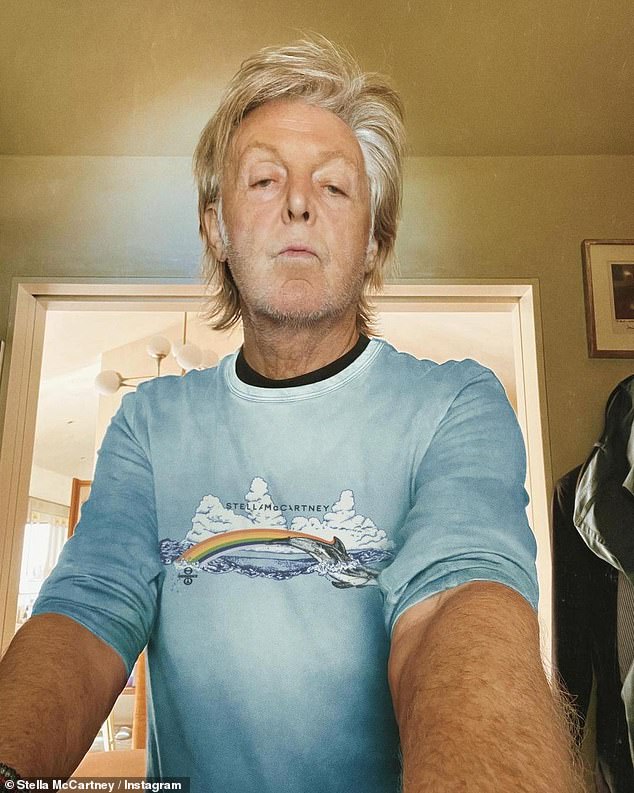 Family: Paul McCartney showed his support for his fashion designer daughter Stella as he proudly modelled one of her designs on Saturday

‘We are challenging this and while the process is a long one, we are hopeful of a mediation-driven resolution in the coming months.’

A third-party mediator is attempting to resolve the dispute.

It comes after Paul McCartney showed his support for his fashion designer daughter as he proudly modelled one of her designs on Saturday.

The Beatles superstar, 78, donned one of Stella’s blue jumpers which is part of a collaboration line with the environmental charity Greenpeace.

Paul took a selfie to show off the piece of clothing which was emblazoned with a natural world scene and rainbow. 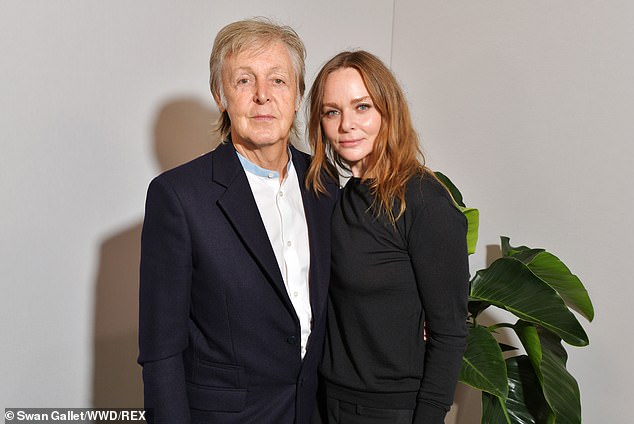 Impressive: Stella, the daughter of Paul McCartney, is a lifelong vegetarian and environmental activist who has built her brand around a cruelty-free ethos (pictured in 2019) 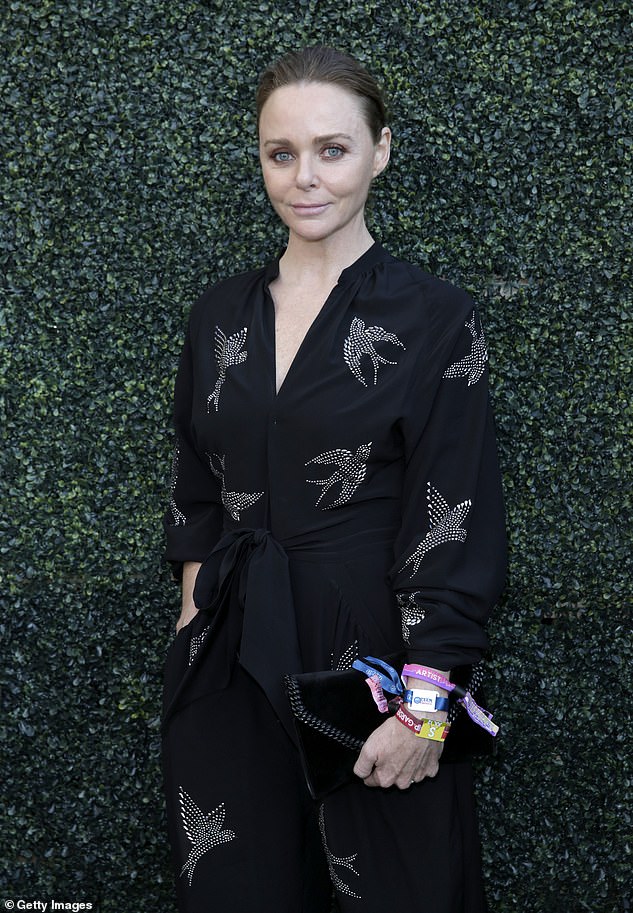 Designer: Stella, 49, is launching a capsule collection supporting Greenpeace’s campaign to stop deforestation in the Amazon

Clearly thrilled her father was supporting her new line she shared the picture on her Instagram, writing that she was ‘so incredibly proud’ to see him wearing it.

She wrote in the caption: ‘So incredibly proud to see Dad @PaulMcCartney wearing our Stella x #Greenpeace limited-edition collab.

‘My parents are why I learned to fight for Mother Earth — especially vital, precious ecosystems like the Amazon. Now, I want to save it for my children. 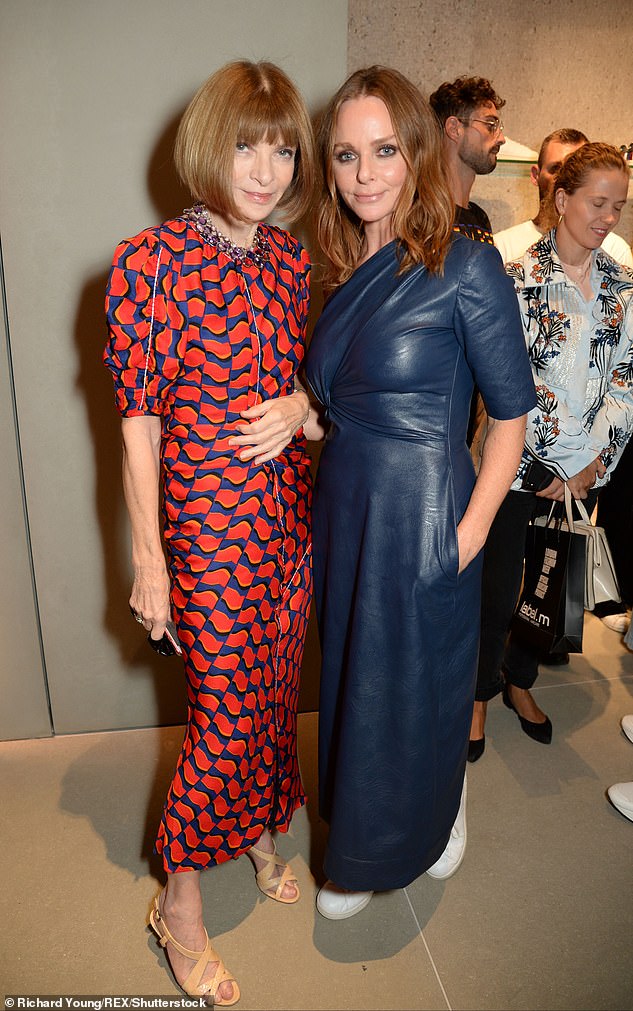 Stella, 49, is launching a capsule collection supporting Greenpeace’s campaign to stop deforestation in the Amazon.

Stella is a lifelong vegetarian and environmental activist who has built her brand around a cruelty-free ethos.

She has never included leather or fur in her collections and during lockdown, she published an ‘A to Z manifesto’ of her brand’s values with V standing for vegan.