Stop going on about my gold shoes, says the Tate's first female boss Stop going on about my gold shoes and bright clothes, says the Tate’s first female boss as she hits out at the sexism she has experienced due to her ‘non-conformist’ attire 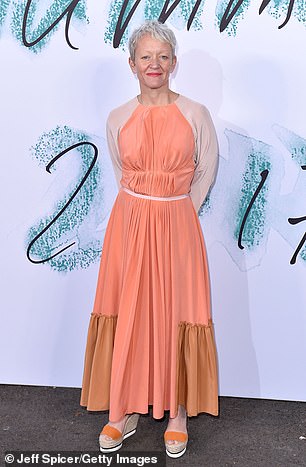 Maria Balshaw, the first female director of the Tate, today hits out at the sexism she has experienced due to her choice of bright and ‘non-conformist’ clothing

The first female director of the Tate today hits out at the sexism she has experienced due to her choice of bright and ‘non-conformist’ clothing.

Maria Balshaw said her fondness for daring, often clashing colours, has seen her subjected to the kind of scrutiny not experienced by her male predecessors.

Dr Balshaw, who took over the galleries in 2017, said she viewed her clothes as ‘armour’ which made a statement about her personality.

She added: ‘The endless commentary on my gold shoes… just the remarks always about the colourful dress.

‘It ought to be applied to men as well as women and I kind of sometimes feel exasperated.

‘Really I am running a museum – I am not a clothes horse.’

The 50-year-old, who was last week named by Vogue as one of the top 25 women shaping the year 2020, also reveals her father Walter died during the pandemic.

‘It’s hard to talk about him at the moment because part of my lockdown has been very sad because Dad died in his care home, which was a very strange experience because I realised we mourn collectively,’ she tells BBC Radio 4’s Desert Island Discs today. 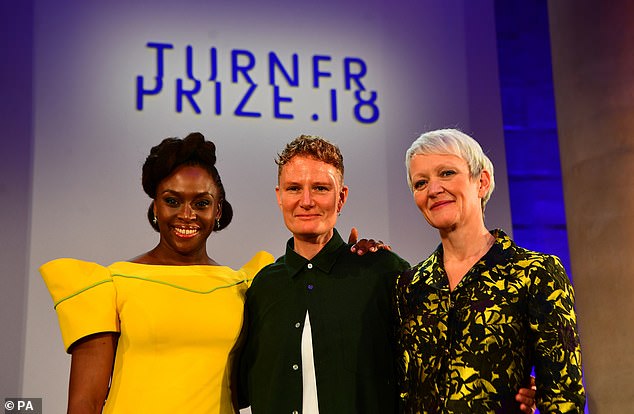 ‘I hadn’t thought about that. Dad was a man who liked to go to the pub, went most evenings and had a wide network of pub friends.

‘And we were only eight of us at his funeral.’

She also defends plans to axe 200 staff who work in the shops, cafes and restaurants at the Tate’s sites in London, Liverpool and St Ives.

‘We are facing 50 per cent fewer visitors coming to our galleries for probably quite a long time… we won’t be able to open all the cafes and the shops in the same way,’ she says.