A STUDENT shows off what may be the world’s biggest Hula Hoop — at 3½in long.

Maddie Dunn, 21, was stunned to pull out the super-sized tubular treat, around eight times bigger than usual. 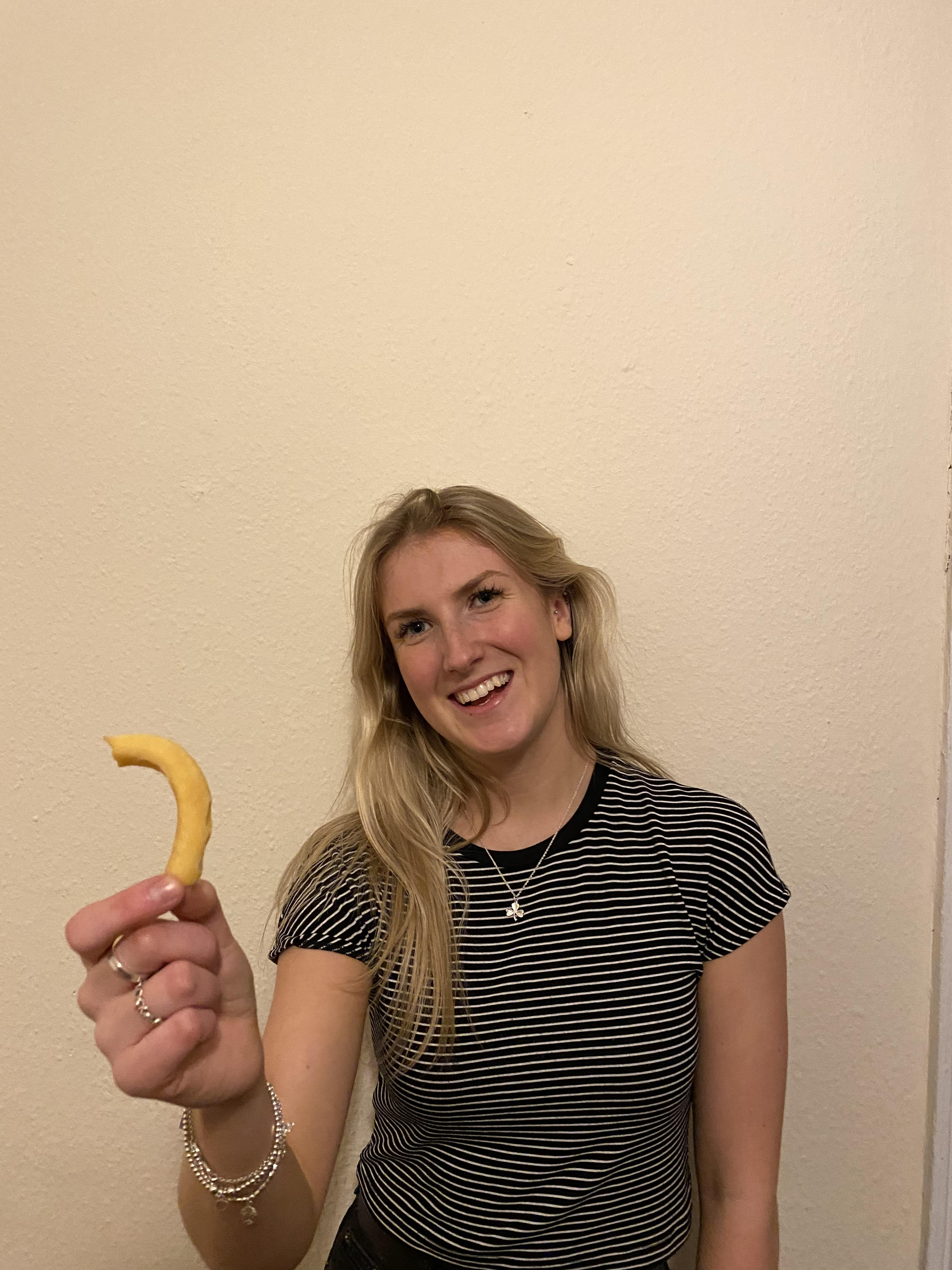 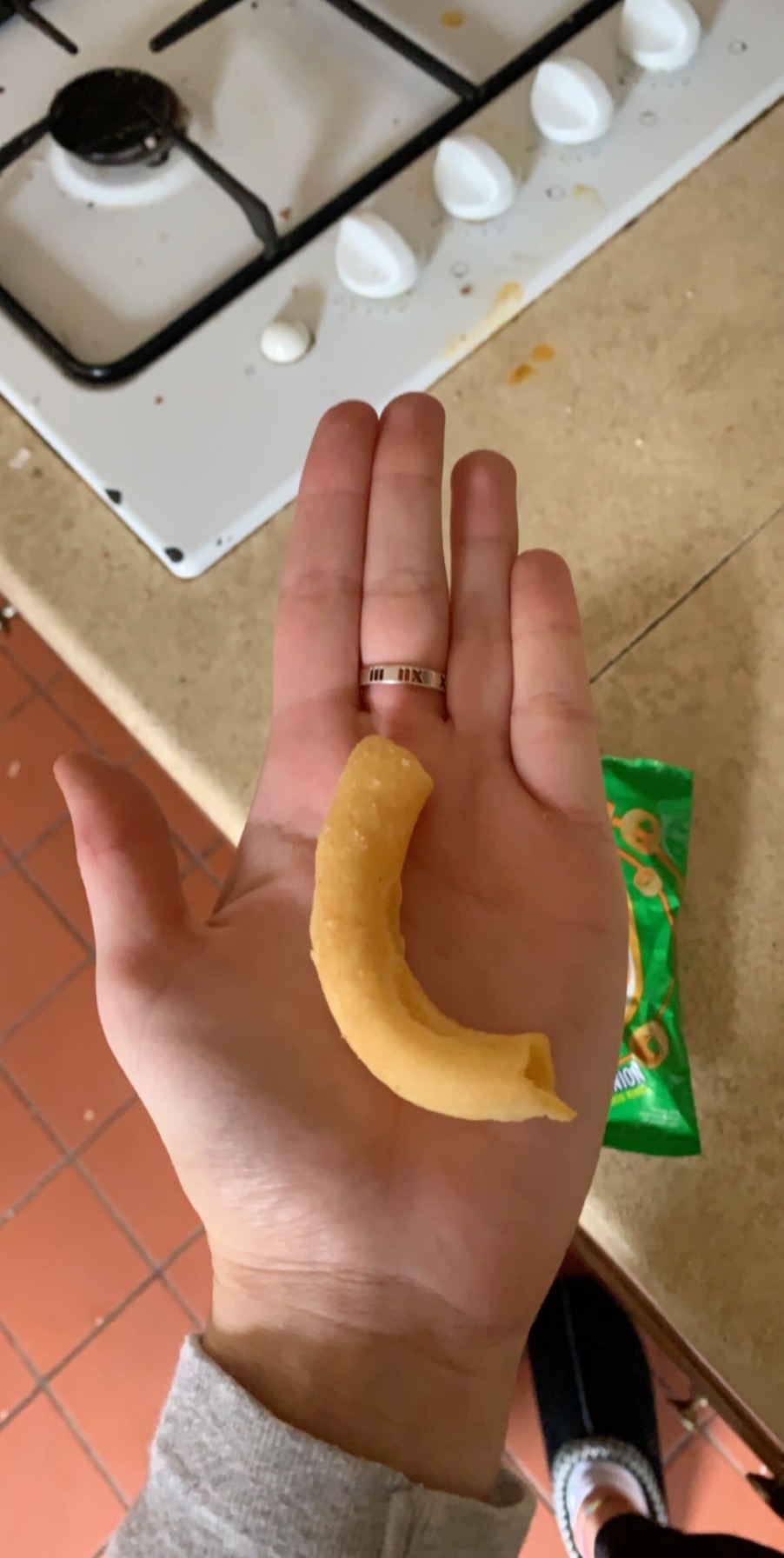 It beats what was believed to be the previous Hula Hoop record — a 2½in stonker from last year. Maddie, a student at the University of Nottingham, said: “I can’t believe my luck.

"As soon as I pulled it out, I yelled to my flatmates to come and see.

"It’s huge and not like a normal ring but flattened out!” Maddie, originally from the Wirral, was nearing the end of a multi-pack bag from Asda when she yanked out the freakish whopper.

She recalled: “It was towards the bottom. I had scoffed most of the packet as cheese and onion are my faves.

She avoided any temptation to eat it, and instead stored it safely away in a Tupperware box.

She said: “It’s like a souvenir. Me and my flatmates keep looking at it.”

Last October, nursery teacher Mairead Lees, 26, found a 2½in Hula Hoop — again from a cheese and onion packet — in Glasgow. 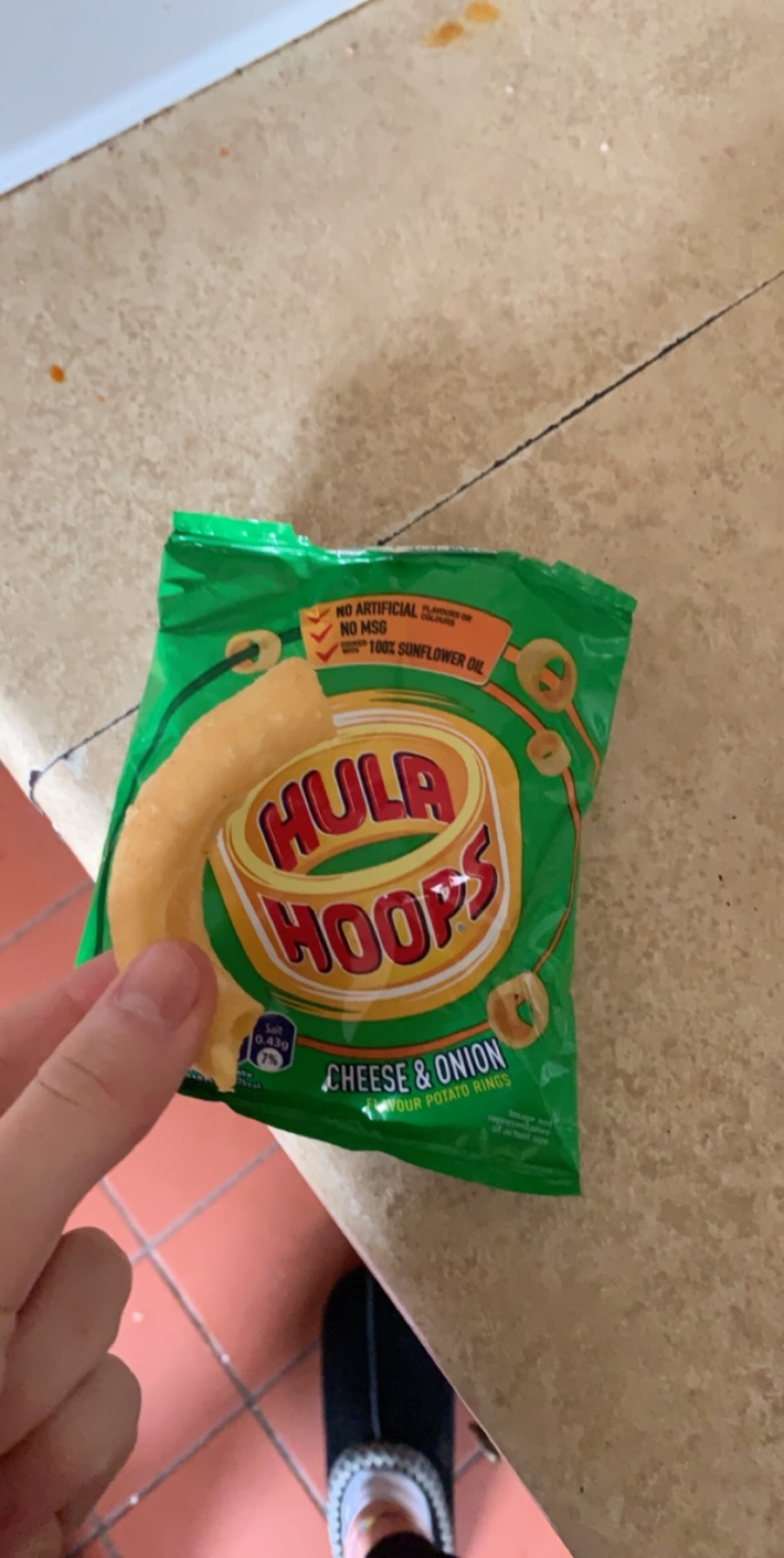 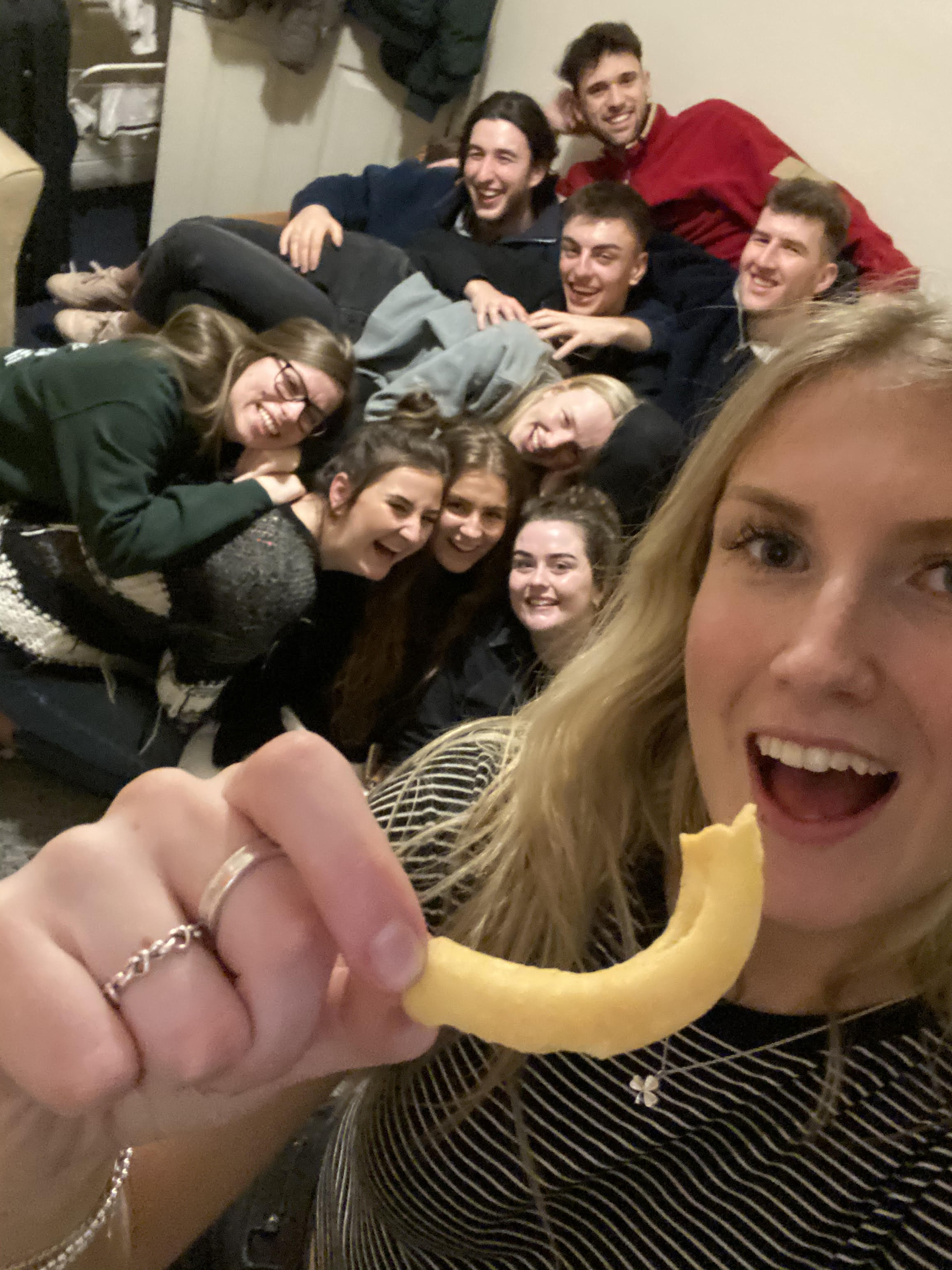 Jude Law is arm in arm with wife Phillipa Coan