Overjoyed students have taken to social media to mock the government’s humiliating U-turn on A level and GCSE grades.

Regulator Ofqual confirmed this afternoon that students in England will be able to take the higher of either the adjusted grade or the estimate made by their teachers.

Memes have mocked the authority’s cack-handed approach by showing a vehicle wedged between two walls and Homer Simpson disappearing into a hedge.

Another showed a picture of Leonardo DiCaprio raising a glass under the caption: ‘We did it guys, even an apology too.’

One even quipped: ‘The annoying thing is that this was completely avoidable’.

Boris Johnson, who is on holiday in Scotland, has faced mounting pressure for a climbdown since last week and interrupted his break for a conference call with under-fire Education Secretary Gavin Williamson and officials this morning.

Ofqual’s algorithm took into consideration teacher ranking, but not teacher-assessed grades, when there were more than 15 entries for a subject from a school. It calculated an estimated 82 per cent of A level results. 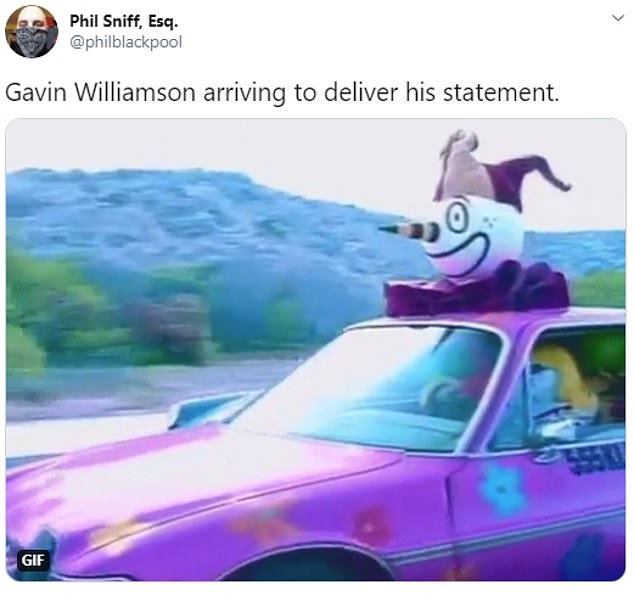 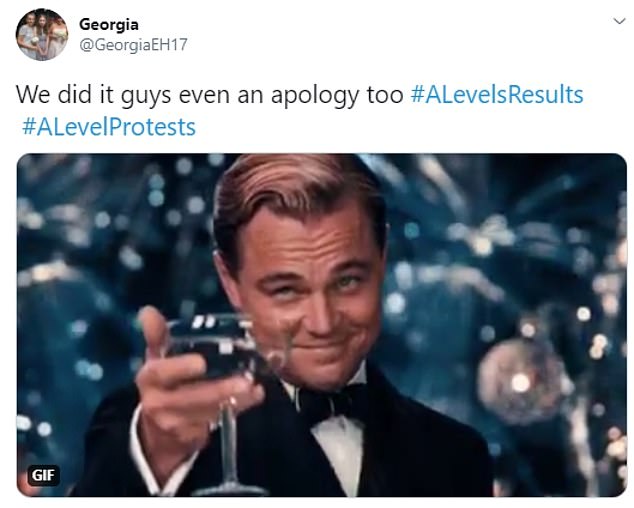 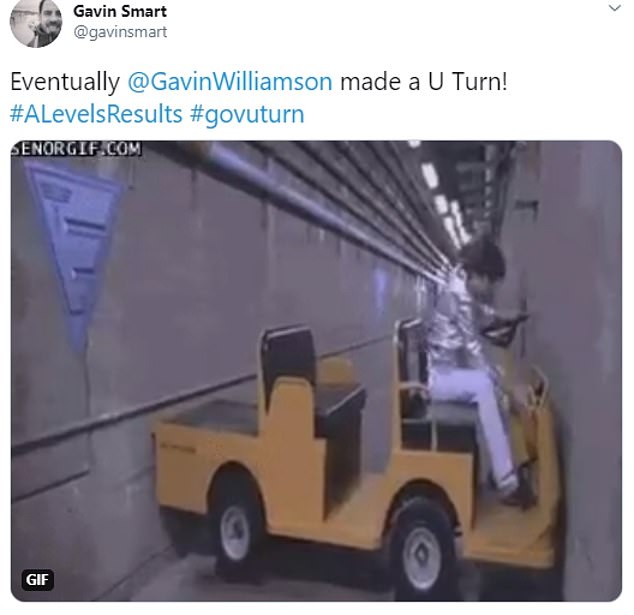 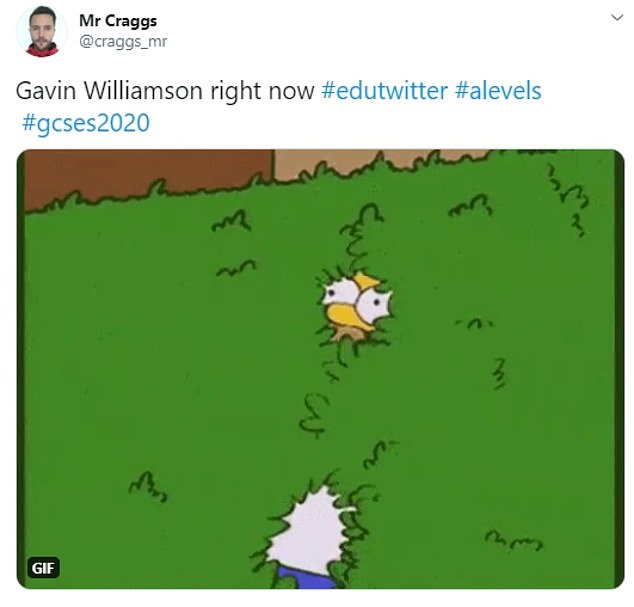 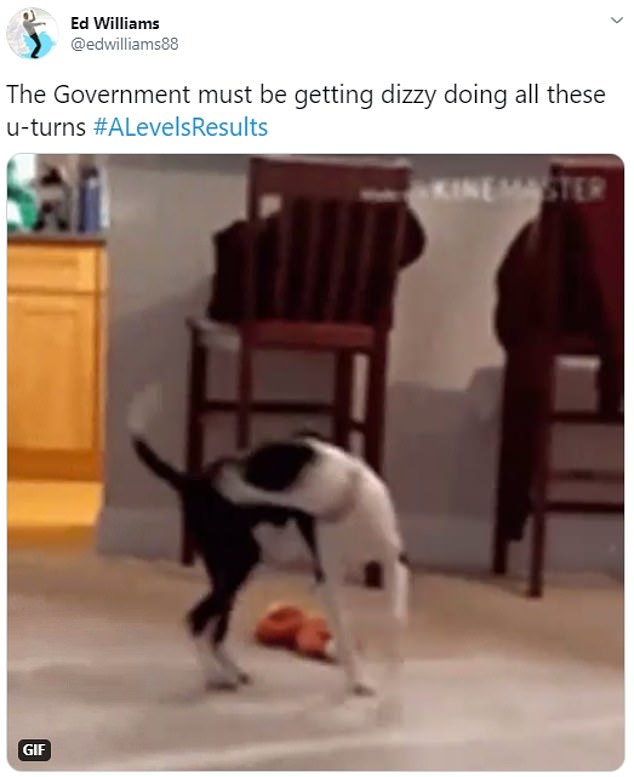 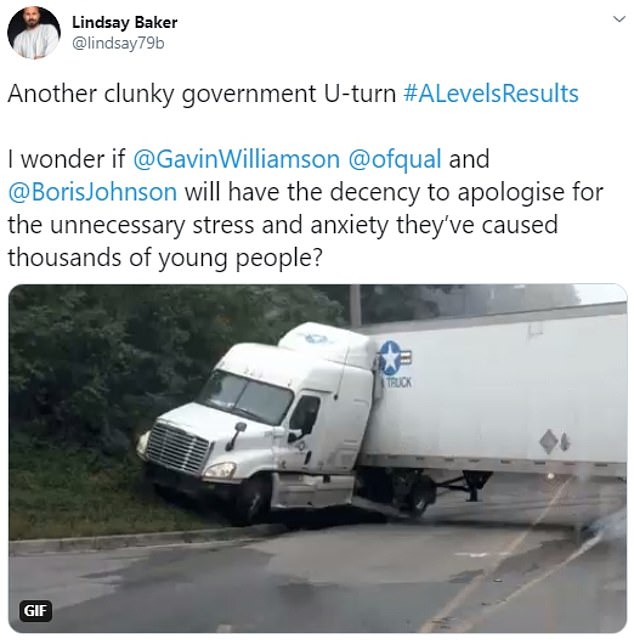 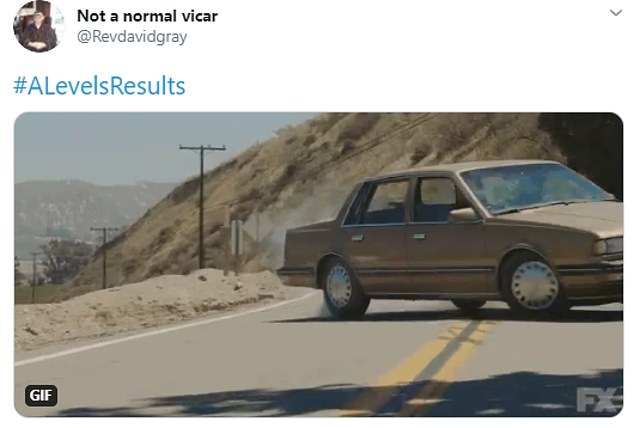 The screeching U-turn followed mounting pressure from schools and headteachers 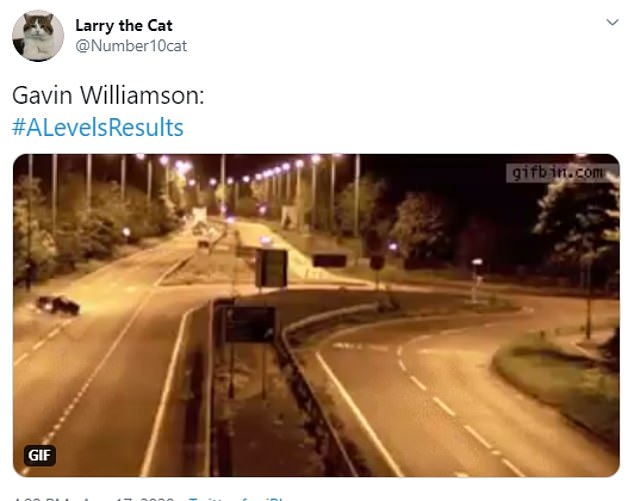