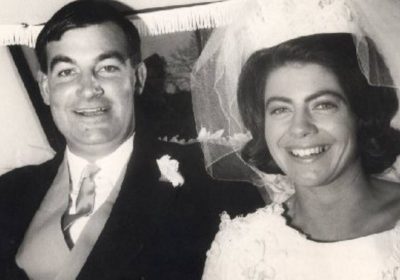 The New Zealand Herald is bringing back some of the best premium stories of 2020. Today we look at three infamous murders that continue to grip the nation.

On June 17, 1970 Harvey and Jeanette Crewe were gunned down in the living room of their Pukekawa farmhouse and dumped into the nearby Waikato River.

Fifty years on, theories still swirl around the whodunnit, which has been the subject of two trials, a Royal Commission of Inquiry and a major police review following the conviction and pardon of accused murderer Arthur Allan Thomas.

Anna Leask revisits one of our most enduring cold cases.

In the early hours of July 8, 2010 Scott Guy was killed at the end of his driveway after leaving for work on the family farm in Feilding.

It’s believed the gunman closed the gates at the driveway – they were normally left open – and pulled the trigger as the 31-year-old father of two climbed out of his ute to open them. His body lay unnoticed on the ground for more than two hours.

Guy’s brother-in-law, Ewen Macdonald, a pall-bearer at his funeral, was charged with his murder in April 2011. He was acquitted at a jury trial the following year but was jailed for five years for other offences.

Ten years on and Guy’s murder remains unsolved – and, for the family, unresolved.

If Macdonald didn’t kill Guy – who did?

It’s one of those infamous New Zealand cases where, for most Kiwis, just one word is enough to trigger connections: Bain. Watson. Thomas. Pora.

And what do they all have in common? Controversy. Injustice, perceived or proven. Ingrained in the national psyche, even if only the broadest of details are known.

Most New Zealanders of a certain age know something about it. The grieving husband’s Oscar-winning performance at his slain wife and little daughter’s funeral. The mad, supposed high-speed dash by a psycho-killer from Wellington to Palmerston North and back again – which cops and journalists could never replicate. The prostitute. The psychic neighbour’s dramatic courtroom testimony of seeing a fat man disguised in a long blonde curly wig jogging down the road. The return clean-up job. The failing vineyard venture. Brain matter on the polo shirt.

Twenty years ago, Christine and Amber Lundy were brutally murdered in their home. Husband and father Mark Lundy remains in jail after being convicted of their savage slayings. But he still says he didn’t do it.