This is the dramatic moment a pilot flying a vintage two-seater plane made an emergency landing on a beach.

Zac Rockey, 47, had to come down on the pebble beach when the engine of his 1930s light aircraft cut out as he was flying over the Devon coast.

As the plane began to lose height, his passenger Trudi Spiller had to wave frantically out of the aircraft window to tell sunbathers on the beach below to move out the way.

Fortunately no-one was hurt during the tense landing, which happened at 5pm on Saturday on Jacob’s Ladder beach in Sidmouth, Devon. 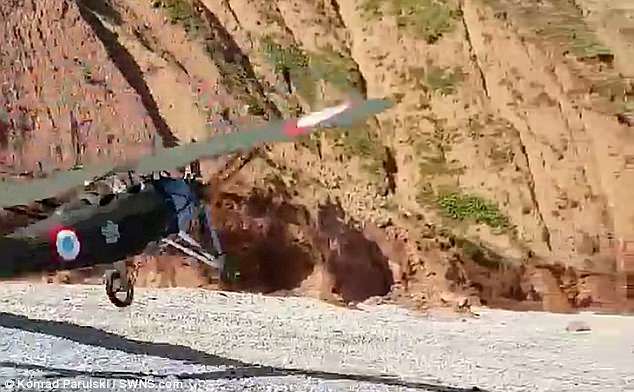 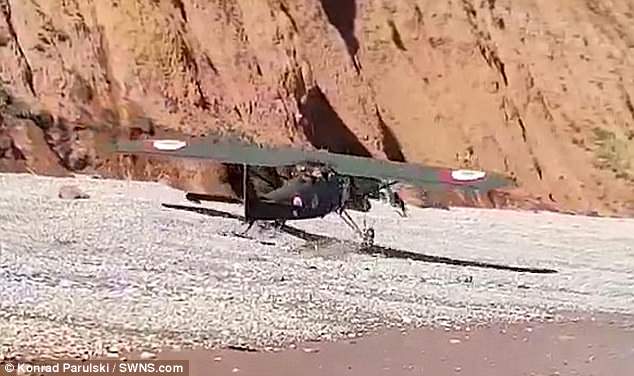 The light aircraft was this morning being dismantled by police and the coastguard, as there is no other way to remove it from the beach.

Zac and Trudi had spent Saturday afternoon taking the plane down to Bodmin Airfield for an event to mark the 100th anniversary of the end of the First World War, but it lost power on the way back to Branscombe.

Zac said: ‘We were flying along, taking in the view, when it began to lose power.

‘It failed, the options available to me in the cockpit didn’t work. So I had to look for somewhere to land.

Zac said that all his training came into play as he dealt with the situation – but added that it could have been a lot worse.

‘You look for somewhere near something or people so that if there are complications you will be able to get help more easily. 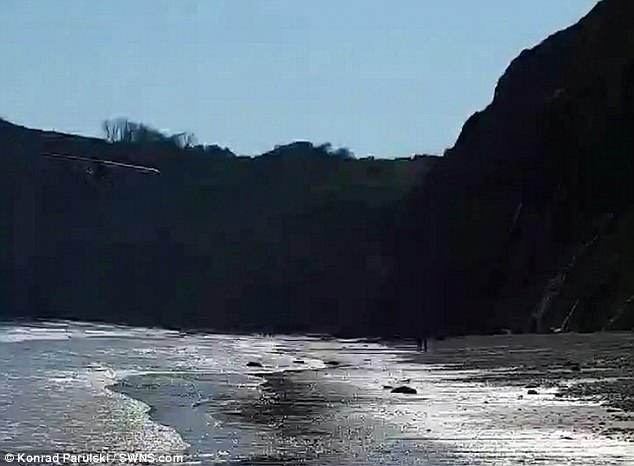 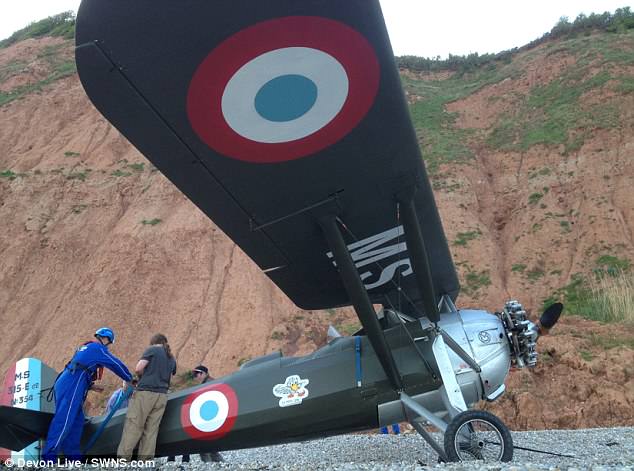 ‘You know what – I have had better runways. It was not ideal,’ he added.

Passenger Trudi said that the dramatic episode had left her with ‘jelly legs’ – but that she had complete faith in her ‘amazing’ pilot to land the aircraft safely.

She said: ‘Zac is my hero. He is an amazing, fantastic pilot and I had every confidence in him, absolute faith that he would land it.

‘I was sat in the front seat. As we came around the cliffs it began to slow up, then the next thing there was a total failure and the engine cut out.

‘I was slightly frightened. It wasn’t like my life flashed before me or anything but I was thinking ‘here we go’.

‘I gave a sigh of relief as we landed and got out quickly but afterwards I have to admit I had jelly legs.’ 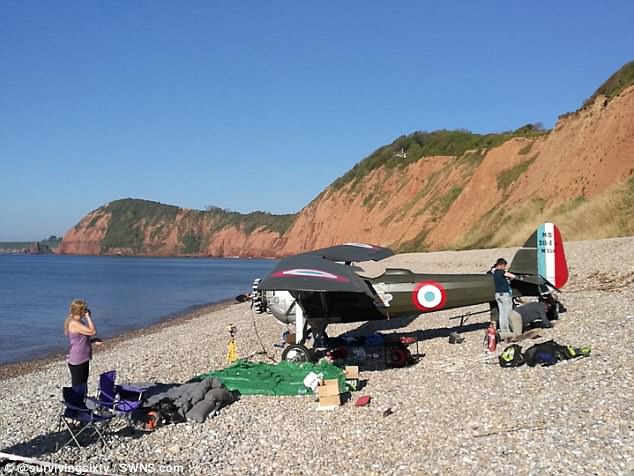 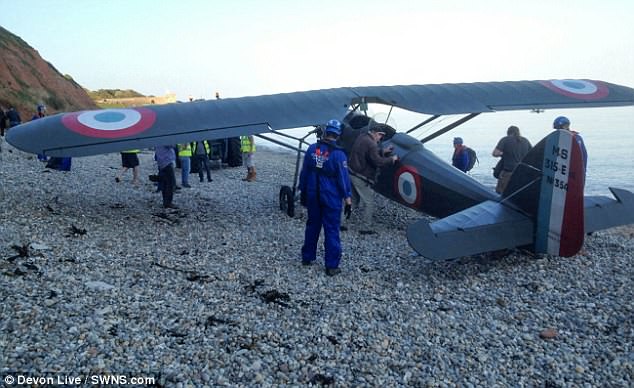 And onlookers on the beach were stunned to see the plane sitting there as they continued to enjoy the warm weather through the evening.

Emma Salter, who lives nearby, arrived with her husband at around 8pm for an evening picnic, to see a small crowd gathered down on the beach.

She said: ‘I asked one of the crew – there must have been around 15 of them – if the beach was closed, and he smiled and said no, but watch out for the plane.

‘When we got down to the shore we couldn’t believe what we were seeing – our friend, who volunteers for Sidmouth lifeboat, in his tractor towing a plane.

‘I can only imagine how strange is must have been for people on the beach watching it land – you just wouldn’t think it was going to land.’

Emma added: ‘It had been towed to a more accessible spot by the time we arrived, so we just set up our picnic beside it and carried on.’

Zac and Trudi have thanked the Sidmouth Coastguard crews for their help and support in towing the plane to a safe location, about 300m along the beach.