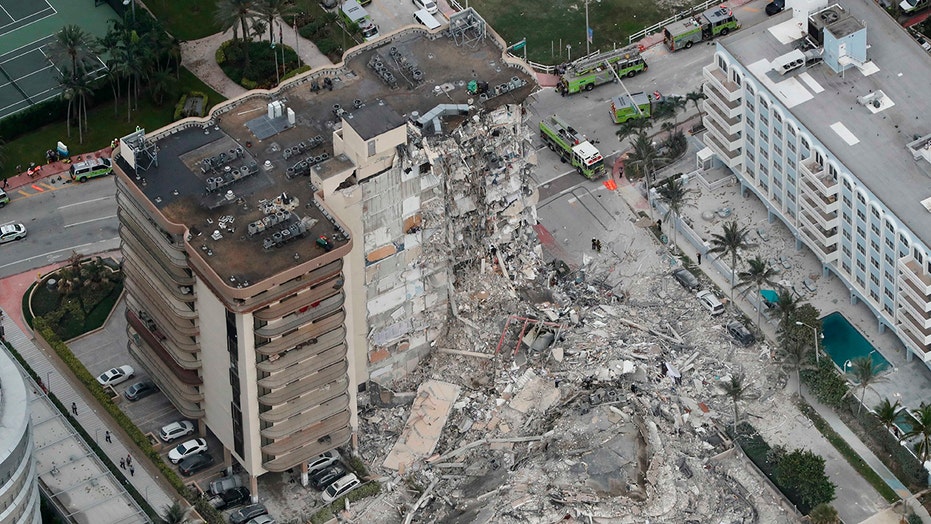 Officials hold a briefing on the Surfside building collapse

As rescuers in Surfside, Florida, continue to search for survivors in the rubble of Champlain Towers South, officials have started planning for the “likely” demolition of the remaining structure, Miami-Dade County Mayor Daniella Levine Cava said Thursday evening.

“This is a decision we need to make extremely carefully and methodically as we consider all the possible impacts to the pile of debris and to our search and rescue operation,” the mayor said.

Scott Nacheman, a FEMA structures specialist, said it would likely take weeks before officials schedule the demolition. Engineers are currently looking at different methods about how to proceed “to make the site safe for ongoing rescue operations,” he said. 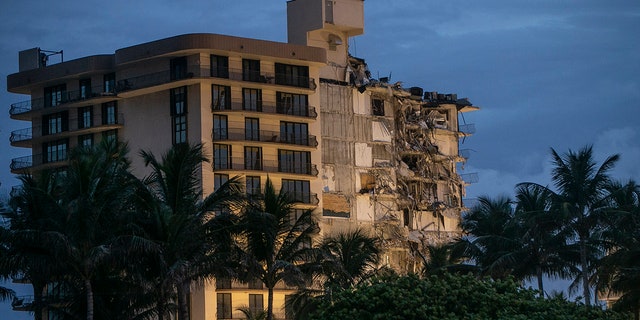 FILE – In this June 30, 2021, file photo, light shines on the Champlain Towers South as search and rescue teams continue looking for survivors of the partially collapsed residential building in Surfside, Fla. Dozens of people escaped with their lives, but little else. The disaster that killed at least 18 people, with more than 140 still missing, has also left many survivors homeless. (Pedro Portal/Miami Herald via AP, File)

Nacheman noted rescue operations will slow, initially, if the building comes down, but the demolition would later create a safer working environment that could allow more personnel on the site.

Rescue efforts resumed Thursday night after a 15-hour pause due to stability concerns about the part of the tower still standing. Miami-Dade Fire Rescue tweeted that the work continued “after the recommendation of structural engineers who inspected the remaining structure.”

Levine Cava, in an evening news conference, told reporters that operation resumed shortly before 5 p.m. after the site was evaluated by structural engineers.

“Given our ongoing safety concerns about the integrity of the building we’re continuing to restrict access to the collapse zone,” she said.

Nacheman said that operations were paused after sensors detected movement. He noted that while the building itself had not moved, debris in the pile below the building and debris on the building of “significant size” had displaced.

“Right now, we’re in a position where we feel it is safe to continue operations. We’ve done so, and monitoring will continue indefinitely until the operations are complete,” Nacheman added.

During his visit, Biden said the victims’ loved ones were “going through hell” right now. “It’s hard enough to lose somebody but the hard part, the really hard part, is to just not know whether they’re surviving or not,” he added.

As of early Friday, the collapse has killed at least 18 people and more than 140 are still missing.