The sister-in-law of a woman who was strangled and dumped in an Indian river knew their family was plotting to murder her – but couldn’t warn her.

Sarbjit Athwal, 49, told the Sun Online that she was told of the insidious plot to ‘get rid of’ 27-year-old Surjit Athwal over tea with her mother-in-law – months before her body was tossed into the Ravi River in December 1998.

As a new documentary ‘The Killer In My Family’ is set to air, Sarbjit reveals how she was told about the plot to murder her Surjit by mother-in-law Bachan at the family home in Hayes, Middlesex.

‘In the middle of our tea Bachan says, “Surjit’s bringing shame on the family. It’s decided. We have to get rid of her”,’ Sarbjit said. 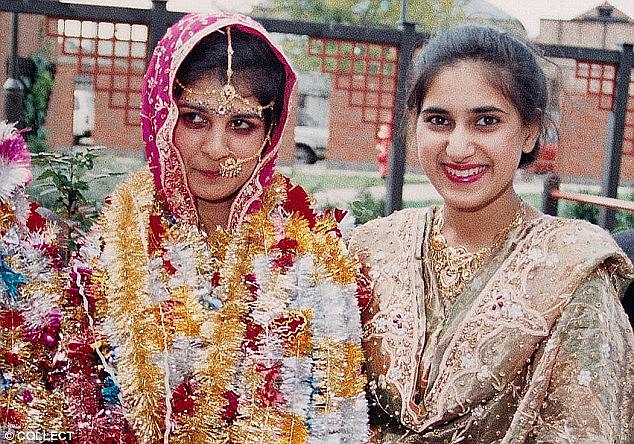 Sarbjit, left, on her wedding day with her sister-in-law Surjit who was murdered by their mother-in-law and her husband 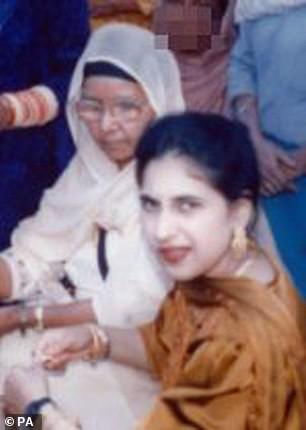 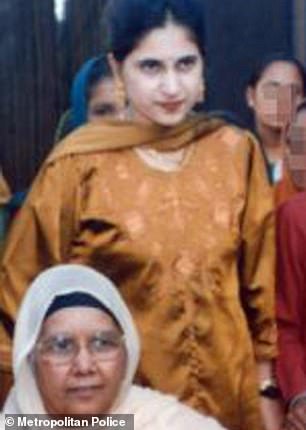 ‘I was shocked, but thought she’s just angry. There’s no way she would be seriously suggesting murder. I thought, she’ll calm down, but Sukhdave — Surjit’s husband — was just sitting there and didn’t say anything.’

Surjit was born and raised in Coventry but had been living in Hayes, West London since marrying Sukhdave Athwal at just 16. 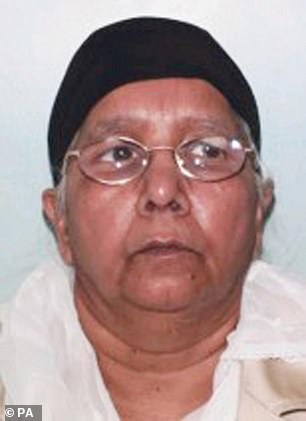 Bachan Athwal, then 70, was sentenced to 20 years in prison

According to Sarbjit, both she and Surjit were treated like prisoners by their husbands, and she would often her her sister-in-law being beaten in the next door room.

‘I would hear her being beaten up next door. I felt sick as I once heard my sister-in-law hit the floor. Then I made out a different voice. It was Bachan. She was attacking [pregnant] Surjit as well,’ Sarbjit added.

Sarbjit said her family decided to murder Surbjit because she was mixing with friends they didn’t like and who they believed were ‘bringing shame upon the family’.

Surjit had previously asked for a divorce from husband Sukhdave, although she was eventually convinced to stay with him.

After Surjit gave birth to her second child, and still seemed intent on divorcing Sukhdave, grandmother Bachan decided to have her killed, according to Sarbjit.

Sarbjit said she tried to tell her of the plot shortly before Surjit was taken to India and killed.

‘When Surjit left, I was by the door, desperate to say something to her, but Bachan was there and she closed the door in my face. We weren’t allowed to communicate,’ she said. 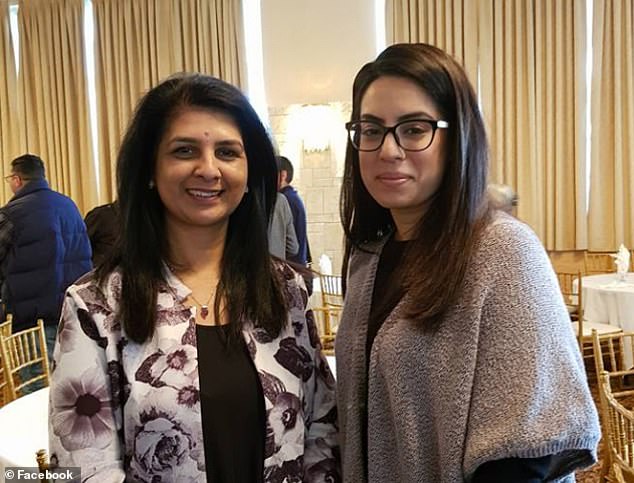 Sarbjit Athwal, 49, (left) said she couldn’t tell Surjit of the plot to kill her as they weren’t allowed to speak to one another

Worried about her sister, Sarbjit said she then called Crimestoppers from a public phonebox and left a recorded message.

She said she also wrote them a letter when Surjit was in India to try and get them to take action.

Police later confirmed they had received the anonymous letter, but did not act on it. 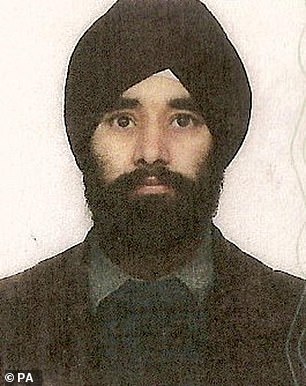 Suhkdave Athwal, Sutjit’s husband, was also convicted of her murder

‘This letter remained on file with the Uxbridge Missing Persons Unit whilst officers tried to ascertain who had written it and if it contained information that they could act on.

‘In 2005 when Sarbjit Athwal gave her interview to police she made detectives aware that letter was written by her.’

After Bachan returned to London without Surjit, Sarbjit knew what had happened in India.

But she said she was scared into keeping quiet by Bachan and threatened with the same fate if she talked.

Sarbjit Athwal stayed quiet for seven years and eventually found the courage to speak out about the so-called ‘honour killing’ in 2004.

After telling her parents what she knew, they arranged for her to meet DCI Clive Driscoll, a senior investigator at the Metropolitan Police.

With the information Sarbjit supplied, he travelled to Punjab in India to try to find more evidence, advising Sarbjit to sit tight and not let Bachan and Sukdave know the police are on to them.

Thanks to the people he met in India, who remembered Surjit’s visit, and how her mother-in-law and husband tried to cover their tracks after her disappearance, he was finally able to piece together a picture of what happened to Surjit.

DCI Driscoll continued his investigation for the next few years, but as determined as Sarbjit was to help, it was not until 2007, Bachan, 70, and Sukhdave, 43, were arrested.

Justice was finally served and Bachan Athwal, then 70, was sentenced to 20 years and Sukhdave to 27 years, but these terms were later reduced at appeal to 15 and 20 years respectively.