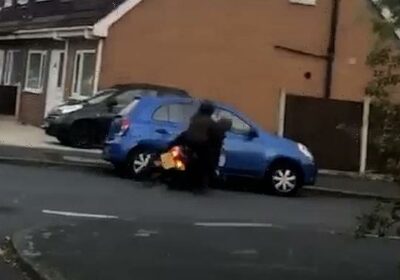 ‘You deserve it you b******!’ Moment ‘scooter thief’ asks witness to call him an ambulance after he and his accomplice crash into a parked car

This is the moment a suspected scooter thief filmed crashing into a parked car asked witnesses to call him an ambulance – complaining he had injured his finger.

The footage, which was filmed on October 14, shows two youths being chased and challenged after they were spotted wheeling a scooter across a road in the Old Trafford area of Manchester.

A few children remark that the bike is being stolen and a Abbas Warya who was walking his dog give chase challenging the youths to return the bike.

One of the suspects claim the bike has ‘already been broke’ and had been abandoned ‘for years’.

Both youths denied stealing the bike while trying to make their getaway. Neither of the boys were wearing a helmet. 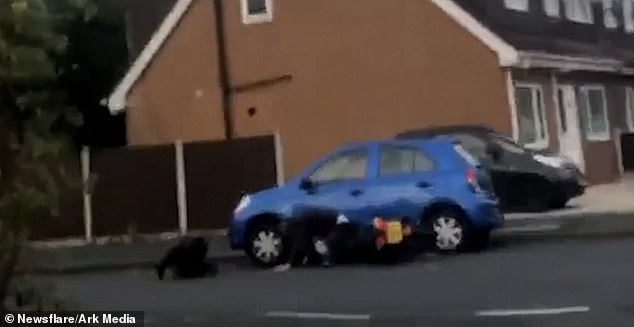 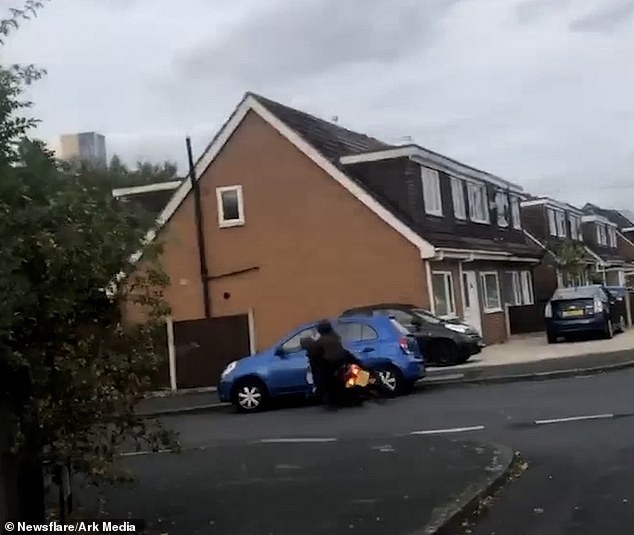 One of the suspects, left, abandoned his accomplice, right, after the crash

However, the Good Samaritan told the boys the bike couldn’t have been abandoned for years as it was ‘a 21-plate’.

The pair try to escape along Hamilton Street before turning left onto Cornbrook Street when they lost control after clipping the kerb and sliding into the side of a parked car.

One of the suspects picks the scooter up from the ground and rides off, leaving his injured accomplice behind.

The remaining youth can be seen limping before sitting down on the pavement and asking for someone to call him an ambulance as he had injured his finger.

The man responds to the appeal for help by telling the suspect: ‘You deserve that, you b******!’

The second suspect manages to ride unsteadily in the direction of Stretford Road.

MailOnline has approached Greater Manchester Police for a comment. 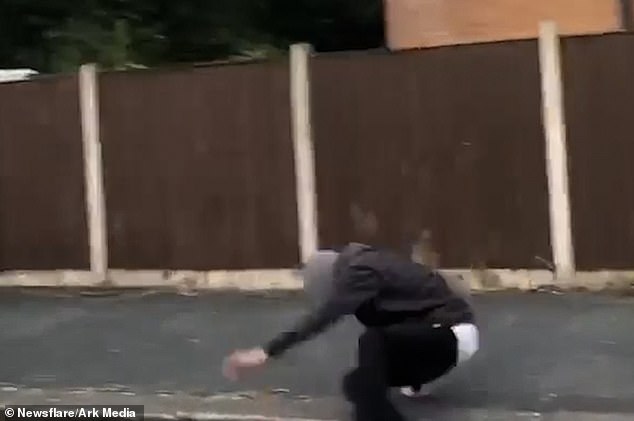 One of the suspects, pictured, pleads with witnesses to call him an ambulance as he injured his finger