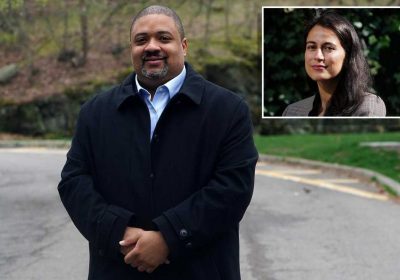 “We have now counted a majority of paper ballots, and though we fought a hard race, it has become clear that we cannot overcome the vote margin. When all votes are counted, we expect to come in second by a few percentage points,” she said in an email to supporters.

Weinstein said she spoke with Bragg and offered her congratulations.

“We had important disagreements throughout the campaign, but I am confident in Alvin’s commitment to justice, and I stand ready to support him. I wish him and the women and men who serve in the district attorney’s office every success,” she said.

Bragg still needs to get through a general election against Republican rival Thomas Kenniff — something that is viewed as little more than a formality on the heavily Democratic leaning island.

If he takes office, Bragg will become the first black District Attorney in the borough’s history. He will also inherit the office’s investigation of the Trump Organization — a controversial inquiry with potentially national implications.

With additional reporting by Sam Raskin