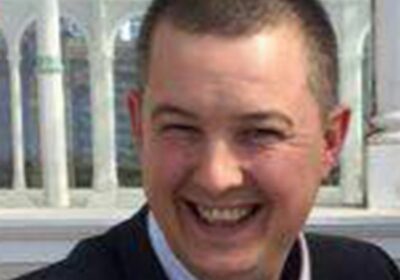 The taxi driver who was injured in an attack outside Liverpool Women’s Hospital noticed the bomb when he caught a glimpse of a red light on his vest, according to a witness.

David Perry was injured as he took passenger Emad Al Swealmeen, 32, to the hospital before the suicide attacker detonated the device just one minute before the UK fell silent for Remembrance Day.

Al Swealmeen was killed in the blast as the driver miraculously managed to flee the vehicle and survive.

Security guard David Knowles was first on the scene to help Mr Perry and has spoken out about what he saw.

Mr Knowles spoke to BBC North West regarding the attack and praised the taxi driver for his bravery.

At first, Mr Knowles did not realise a bomb had gone off and thought the car had a “malfunction”.

"[The taxi driver] seen a little red light on the vest the passenger was wearing, that gave it away for him to do something and he acted very quickly and very bravely."

Mr Knowles had to stop Mr Perry, who was injured in the blast, going back to his vehicle and said he gave the hero a “big hug”.

He admits to still having flashbacks to the even but said he was shocked that the attack happened at the hospital, stating there was “no need for that”.

Knowles added: “You don't expect that to happen at a kids' hospital where there are new-born babies”

For the latest breaking news and stories from the Daily Star, sign up for our newsletter by clicking here.

Al Swealmeen, who changed his name to Enzo Almeni, had reportedly been building the explosive device for months, according to Counter Terrorism Policing North West.

Police have been carrying out an extensive search on Rutland Avenue but have since finished their investigation at the property.

In a statement made through the police, Mr Perry said: ‘I feel like it’s a miracle that I’m alive and so thankful that no one else was injured in such an evil act. I now need time to try to come to terms with what’s happened and focus on my recovery both mentally and physically.

“Please be kind, be vigilant and stay safe.”