Teen falls between Brooklyn subway cars during struggle with robbers 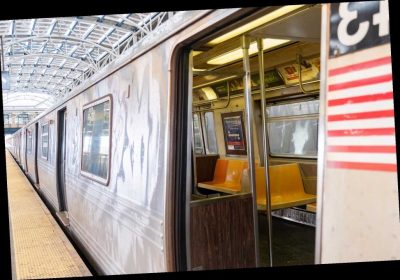 A teen fell between subway cars during a struggle with two men who swiped his cell phone in Brooklyn this week, according to cops.

The 17-year-old victim was on a stationary D train at the Stillwell Avenue station around 11:30 a.m. Thursday when one suspect approached and asked him where the train was going, police said.

The victim showed him his cell phone with directions — and another man grabbed it, passing it to the first suspect, cops said.

Then the duo got off the train, and the victim followed, cops said.

The victim grabbed one of the robbers’ arms and started grappling with him, police said.

During the struggle, he fell onto the tracks, between two cars, cops said.

The victim, who suffers from epilepsy, was taken to Maimonides Medical Center with a cut on his nose, a possible broken ankle and bruising on his head, police sources said.

The incident comes amid a recent rash of violence in the city’s subway system.