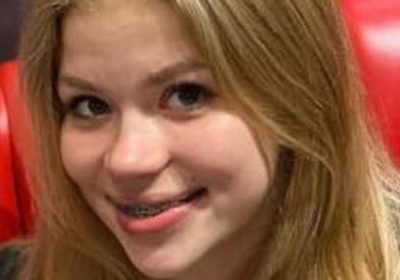 A 14-year-old boy accused of stabbing a younger girl 114 times will be tried for murder as an adult.

Aiden Fucci, 14, appeared in a Florida court via video link on Friday, charged with the "horrific" premeditated first-degree murder of his classmate 13-year-old Tristyn Bailey.

Florida State Attorney RJ Larizza said Tristyn "fought for her life" when attacked with a blade which left 49 of the 114 wounds inflicted, on her hands and arms.

The judge stated on Thursday that it "brought him no pleasure to charge a 14-year-old" with first-degree murder, but the information available "made it an easy decision to make."

If found guilty, teenage Fucci will be locked up in an adult jail but separated from all other inmates.

Mr Larizza said describing the brutal murder as "horrific" would be "an understatement".

According to the State Attorney, investigators found a folding buck knife in a pond near Tristyn's body, which they believe to have been the murder weapon.

The blade was "missing a tip" which medical examiners reported being lodged in Tristyn's scalp, Mr Larizza revealed.

He Larizza explained the premeditated murder charge is based on allegations Fucci had told pals he would "take someone into the woods and stab them".

Fucci and Tristyn were with a few friends before being left alone together on the night she was killed, according to Mr Larizza who commented: "This could just be a case of wrong place, wrong time."

Despite Fucci's friends not being suspected of any wrongdoing, the Attorney regretted his alleged plans were "not taken seriously" when after confessing them to "several" of his peers.

He said: "Could this have been prevented? We can't be sure."

Without disclosing any suspicion of sexual assault, Mr Larizza confirmed Fucci's DNA had been found on Tristyn's body and her DNA on shoes and a t-shirt found in his bedroom.

"It's not just the fact she was stabbed 114 times – it's also information that we were able to glean from witnesses.

"The defendant made statements to several people that he intended to kill someone. He didn't say who that was but he indicated that he was going to kill someone by taking them into the woods and stabbing them which are certainly the facts of this case.

She was fighting for her life. It's just sad that we even have to talk about that."

Fucci was arrested on May 10 just hours after her body was found by a pond.