Student, 17, is left sick all night after finding mouldy brain-like substance in her orange juice carton

A teenage girl was left ‘traumatised’ after drinking from a carton of mouldy orange juice and cutting it open to find a substance that ‘looked like brains’.

Lauren Howard, 17, said she felt sick after discovering what was at the bottom of her Asda juice carton.

Miss Howard, of Knaresborough, North Yorkshire, was faced with the bizarre unknown substance after pouring some juice out to find it tasted sour and looked a strange colour.

As she tried to pour it into the sink she found something was blocking the opening, so she cut the top off and was horrified to see what was inside.

The teenager claims the orange carton was brand new and sealed with a sell-by date of next month. 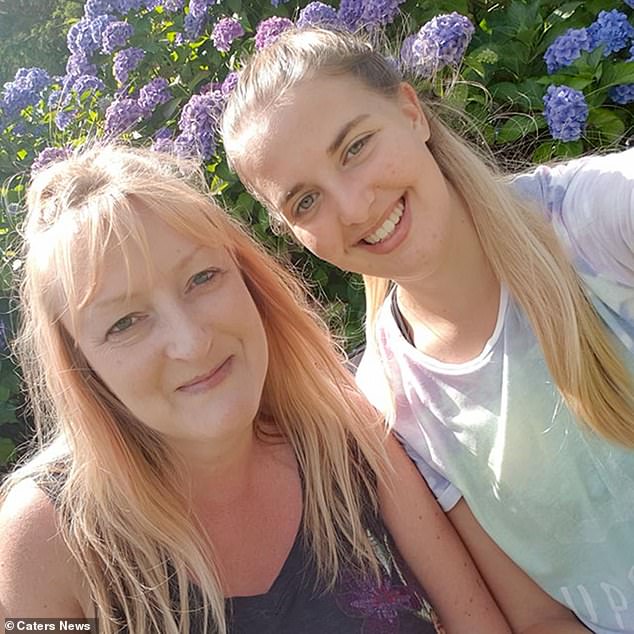 Lauren Howard, 17, (pictured with mother Tracy, 48) said she felt sick after discovering what was at the bottom of her Asda juice carton 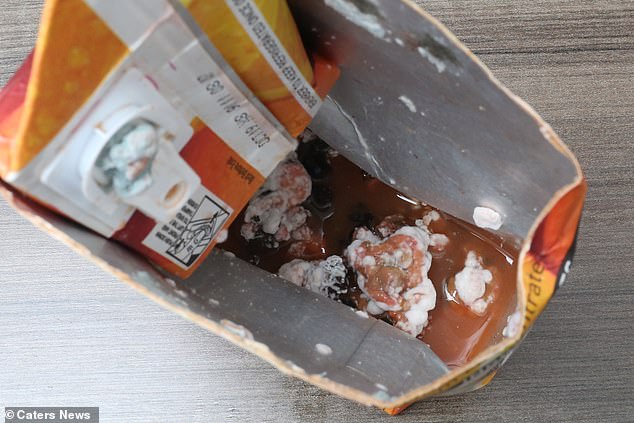 She said: ‘I’d gone to get a drink after finishing my tea. I didn’t think anything of it – the carton was sealed and the date on top said October 2019.

‘The only thing I didn’t do was shake it – something my mum always says I should do.

‘I began to pour it into a glass and it was coming out a red, bloody, orange colour. 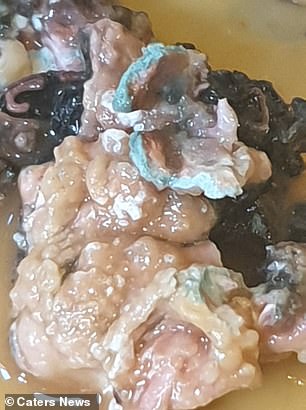 ‘I thought it was strange but just put it down to the fact I hadn’t shaken it.

‘So I decided to take a sip but something seemed off straight away. It tasted sour and had bits floating in it.

‘When I went to pour it away down the sink, I noticed something was blocking it from coming out.

‘That’s when me and mum decided to cut it open and we saw what was inside.

‘Mum took a photo and put it on Facebook because we couldn’t work out what is was, it was so gross. We’ve had guesses from brains, to a dead mouse.’

Her mother Tracy, 48, said she bought the juice from ASDA two weeks ago – but the carton had a month before it expired.

She complained directly to the store but says she only received a refund for the price of the item – which was 89p.

Mrs Howard added: ‘Lauren’s been traumatised by the entire thing. That night she barely slept, and she couldn’t drink anything, she was just retching.

‘She was worried about all drinks and what could be in them, even the tap water. 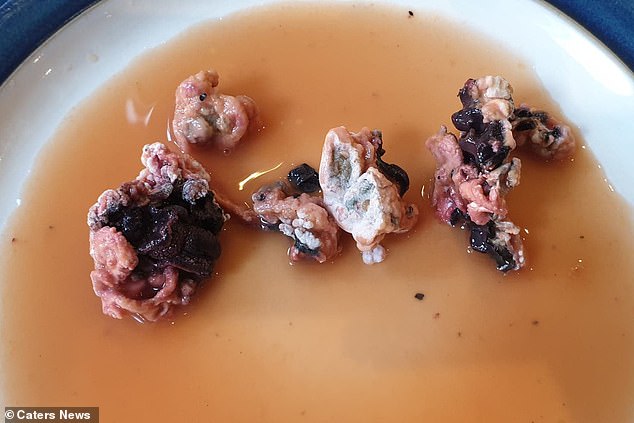 Miss Howard said: ‘Mum took a photo and put it on Facebook because we couldn’t work out what is was, it was so gross. We’ve had guesses from brains, to a dead mouse.’

‘None of our family will be drinking juice from the carton again that’s for sure.’

Asda has apologised and launched an investigation.

A spokesman said: ‘We pride ourselves on always offering high quality products to our customers and are very sorry that the carton of juice Ms Howard purchased seems to have unfortunately been damaged and become mouldy.

‘We have launched an investigation to understand what could have happened, but can confirm that we have had no other complaints of this nature.

‘We have contacted Ms Howard to apologise and keep her updated with our investigations.’ 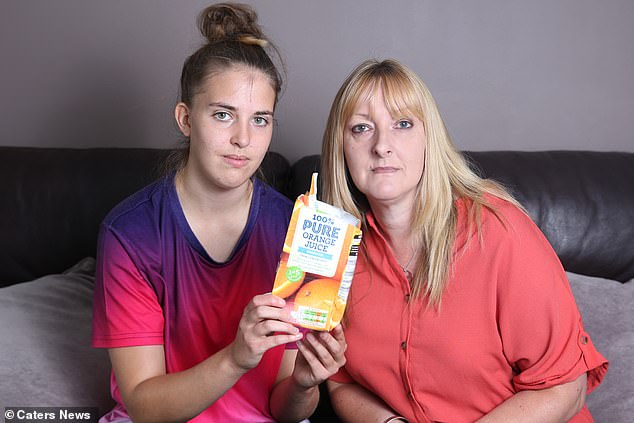 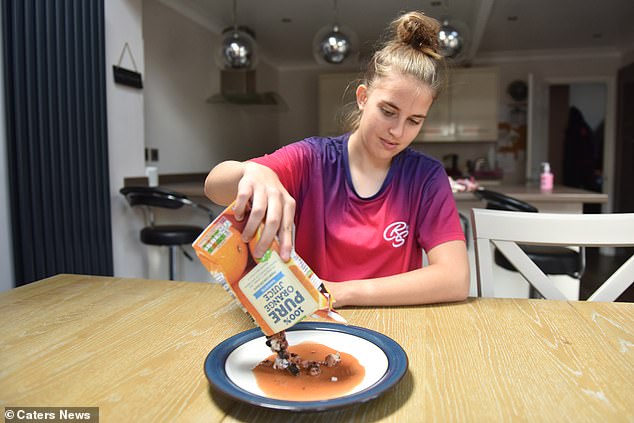