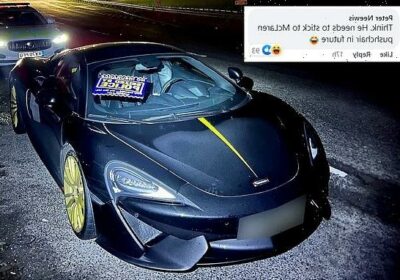 He should stick to a Maclaren pushchair! Teenager is mocked online as police seize his £200,000 supercar after he was clocked doing 112mph

An 18-year-old driver had his £200,000 McLaren supercar seized by police two days after he bought it – when he was caught doing 112mph on a motorway.

Officers pulled over the youth when he sped past their unmarked car on the M40 in Warwickshire over the weekend.

The car was seized and the unnamed driver reported to court when he was unable to show he had insurance.

One social media user responded to a report of the incident posted on Facebook by joking: ‘Think he needs to stick to a Maclaren pushchair in future.’ 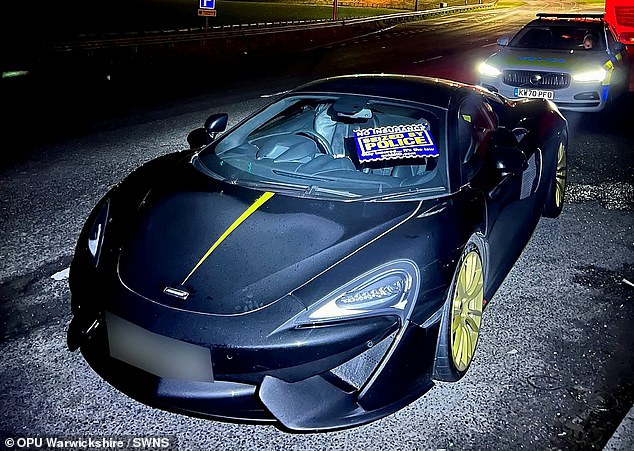 An 18-year-old driver had his £200,000 McLaren supercar (pictured) seized by police two days after he bought it – when he was caught doing 112mph on a motorway

The forces Operational Patrol Unit shared details of the seizure on the site and wrote: ‘The 18-year-old driver of this Mclaren drew attention to himself when he drove along the M40 at speeds of up to 122 miles per hour in front of our marked police car.

‘We stopped the vehicle and unfortunately the driver was unable to show any insurance to us, having just purchased the car two days ago. 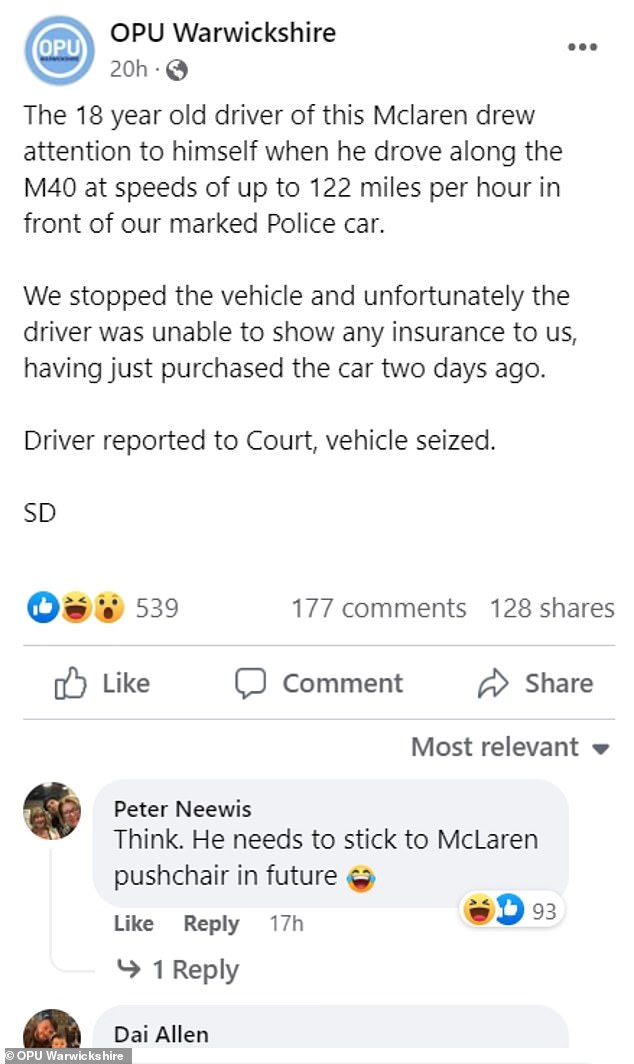