The protesters’ demands include universal suffrage and amnesty for all those arrested in connection with the protests. 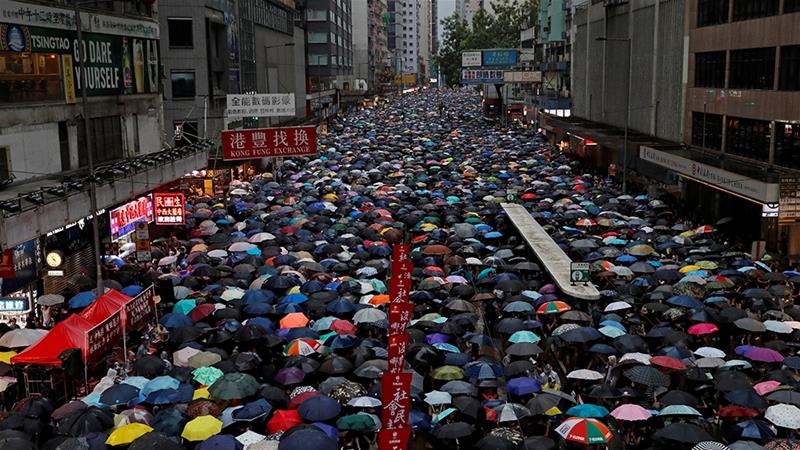 Hong Kong – Tens of thousands of black-clad Hong Kong protesters have once again flooded the streets of the Chinese territory for the eleventh straight week of anti-government demonstrations.

While only a rally at Victoria Park was permitted to proceed, as police denied a permit for a 3.7-kilometre march to Hong Kong’s central business district, the rally quickly became a march as crowds spilled out into neighbouring streets and moved west towards the original destination.

As tropical rain began pouring down, protesters remained undeterred and became a sea of colourful umbrellas, streaming through the neighbourhood of Wan Chai. They marched to the beat of a stationary drummer, while a speaker stood on a pedestal with a microphone, leading a chant of: “Carrie Lam, step down!”

Protests were originally sparked by the proposal of a now-shelved extradition bill, which would have allowed for the extradition of suspects to mainland China for trial, but have broadened into a wider movement against Chinese interference in the semi-autonomous region.

When Hong Kong returned to Chinese rule from its previous British colonial overseer in 1997, a framework called “One Country, Two Systems” was established to protect its unique civil liberties and freedoms, unseen on the mainland. 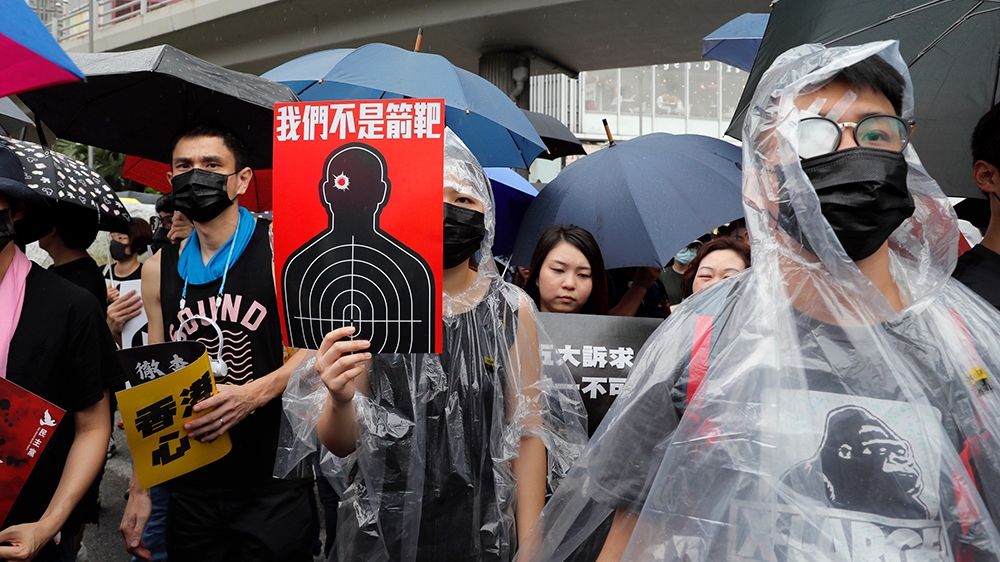 Sunday’s mass march was organized by the Civil Human Rights Front (CHRF), the same group that drew millions of people to the streets in recent months.

“If [the Hong Kong Government and Beijing] think they can simply wait for our campaign to die down, they are dead wrong,” says Bonnie Leung, vice-convener of CHRF.

“They can’t scare us away from the campaign using violence and [threats]. Hongkongers will soldier on until [the government responds to our five demands].”

Those demands include the complete withdrawal of the proposed extradition bill, universal suffrage and amnesty for all those arrested in connection with the protests.

Leung also reiterated the peaceful nature of Sunday’s march, encouraging all the “brave” protesters to partake.

Most demonstrations begin peacefully but some have devolved into chaotic confrontations. Protesters have in recent weeks thrown bricks and projectiles at the police, who have used tear gas, rubber bullets, pepper spray, and batons on protesters.

The peaceful marketing of Sunday’s protest – “Peaceful, Rational, Nonviolent” – is an effort to restore the image of the pro-democracy movement after this past week’s polarizing airport protest.

After a five-day airport occupation that forced the cancellation of hundreds of flights, a group of protesters on Tuesday night beat and tied up two mainland Chinese men.

The incident has tarnished the movement’s image and caused a public outcry.

The Chinese government has also ramped up its discourse, saying some protesters were exhibiting behaviour akin to “terrorism” and circulating footage of troop build-ups in the bordering mainland city of Shenzhen.

Police say they have arrested more than 700 people since mass demonstrations kicked off in early June.

Since the last escalation, the past week has been relatively quiet as protesters and police alike seemed to take a few days to regroup. Several demonstrations unfolded on Saturday, including a teacher rally, a pro-government rally, and an anti-government march. 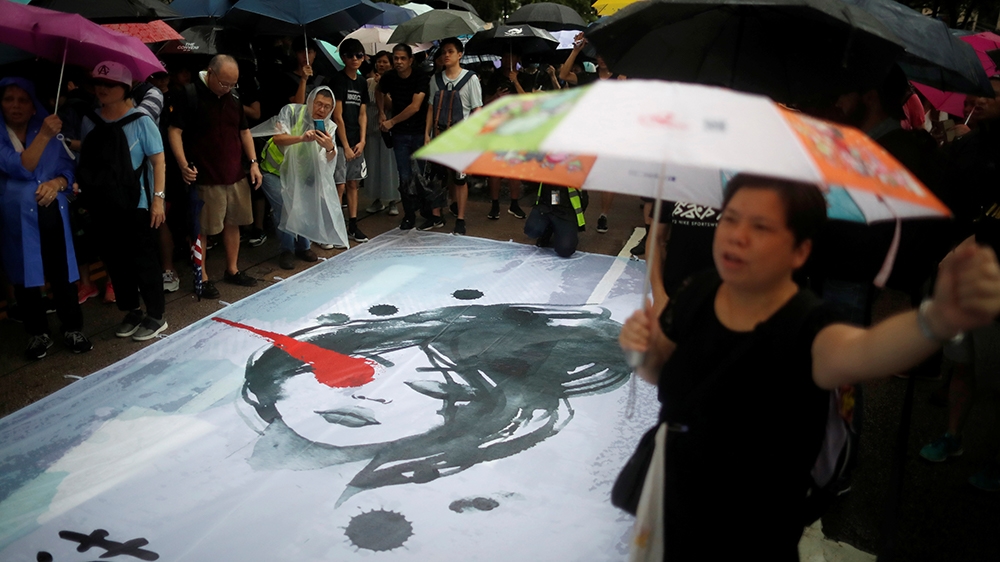