Terrier scrambles along a narrow ridge with his owner Heart-stopping footage shows a fearless terrier happily scrambling along one of the UK’s most dangerous mountain ridges.

And Snoop shows no hesitation in tackling the terrifying 3,127ft-high ridge with the eagerness of a puppy, despite being 53 in human years. 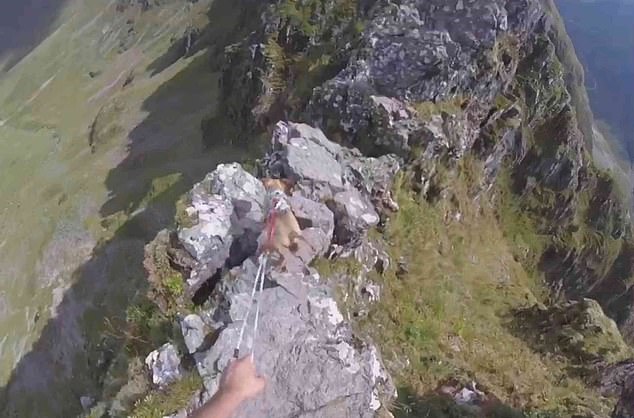 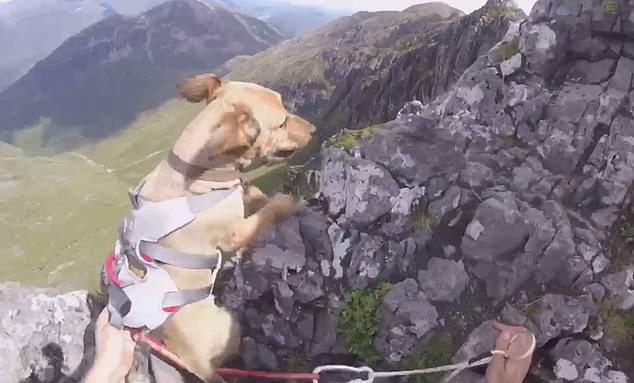 Not a paw out of place: Snoop carefully climbs up the rocky side of the ridge while Jamie holds onto his harness to give him a helping hand 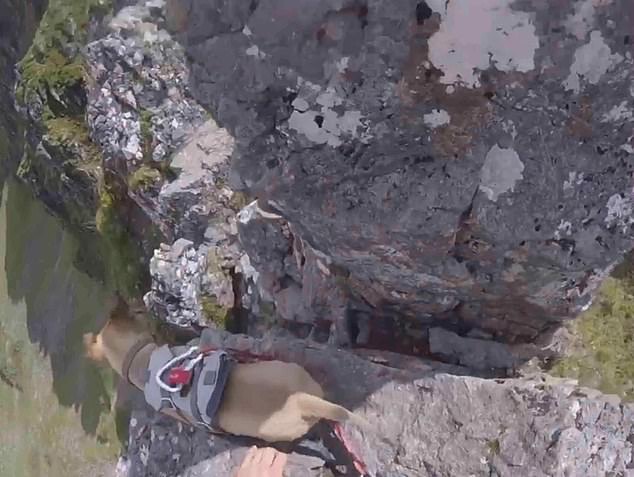 Leading the way: The terrier happily wags his tail as he scales the ridge while Jamie films the adventure on his headcam 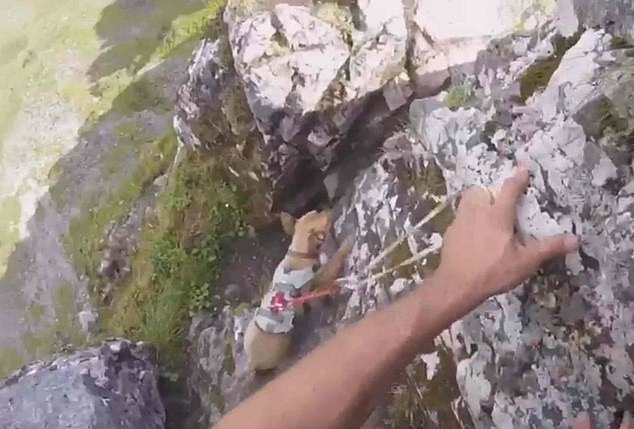 Don’t look down! Snoop chooses to take the lower ledge while Jamie keeps an eye on him from above

The footage, filmed from Jamie’s headcam, shows Snoop in his harness leading the way up the ridge.

On a few occasions, Jamie reaches out to give his companion a helping hand on some of the bigger obstacles by commanding ‘up’ and holding his harness.

Snoop happily wags his tail and seems to enjoy the dangerous adventure with his owner. 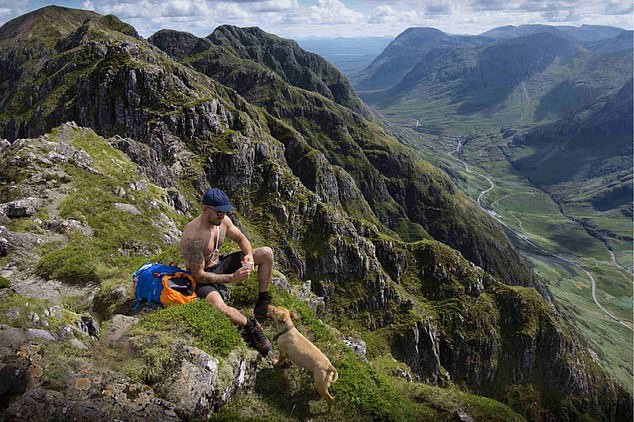 Jamie and Snoop take a welcome break on the 3,127ft-high Aonach Eagach ridge to admire the stunning Scottish view

Liz Hyslop commented on Jamie’s Facebook post: ‘Wow we met you on the ridge and were wondering how your wee dog managed to scramble on some of the tricky bits – no problems by the looks of it.

Lee Ma wrote: ‘That had me on edge no pun intended, your dog was worrying me so much.What a trooper he or she is.’

Jamie said: ‘To be honest this was a pretty easy climb with Snoop. This is his third time doing it and he’s done it in winter also.’ 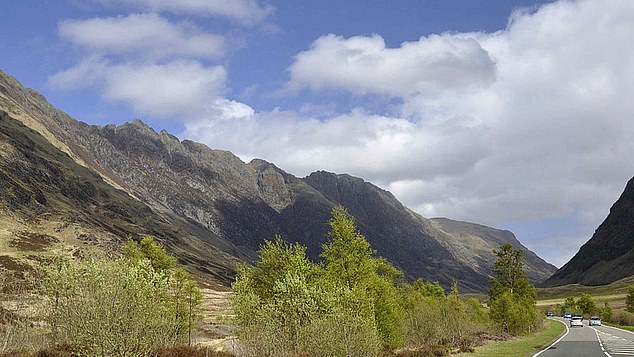 Dangerous heights: The terrifying 3,127ft-high Aonach Eagach ridge (left) where a tragic number of climbers are killed or injured on its knife-like edge

‘I only had him harnessed up for about ten minutes on the more exposed bits of the climb.

‘The rest he smashed out himself. I heard a good few gasps from people that didn’t expect to see a dog climbing up there.’

He added: ‘He’s ten-years-old and we’ve been climbing for years. I think that’s what keeps him young.’

Aonach Eagach claims a regular tragic toll in climbers who are killed or injured tackling its knife-like ridge. 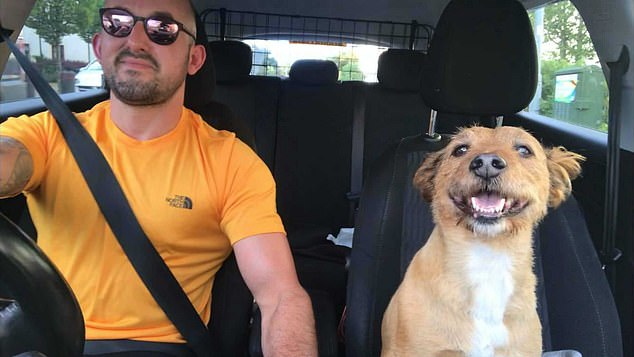 Best of friends: Jamie and Snoop have taken on more than 70 Scottish mountains above 3,000ft and the treacherous side of the 1,022m Buachaille Etive Mòr, Glencoe, Scotland, in 2017

Last September a mountain rescue team was called out to rescue two climbers who became stuck three-quarters of the way up.

It was the third call Glencoe Mountain Rescue Team had received in two days with a man dying earlier after plunging more than 320ft to his death in the same area. The men were found by the rescuers.

Snoop and Jamie have together conquered more than 70 Munros, Scottish mountains, above 3,000ft.