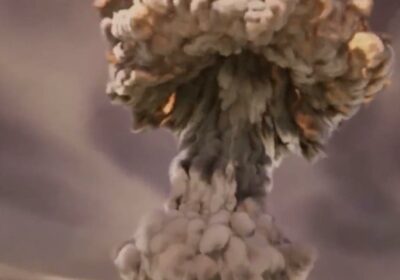 THE terrifying aftermath of a nuclear explosion has been revealed in a spine-chilling VR video.

A short clip which went viral online gives a chilling perspective on what it would be like to experience an atomic bomb explosion first-hand. 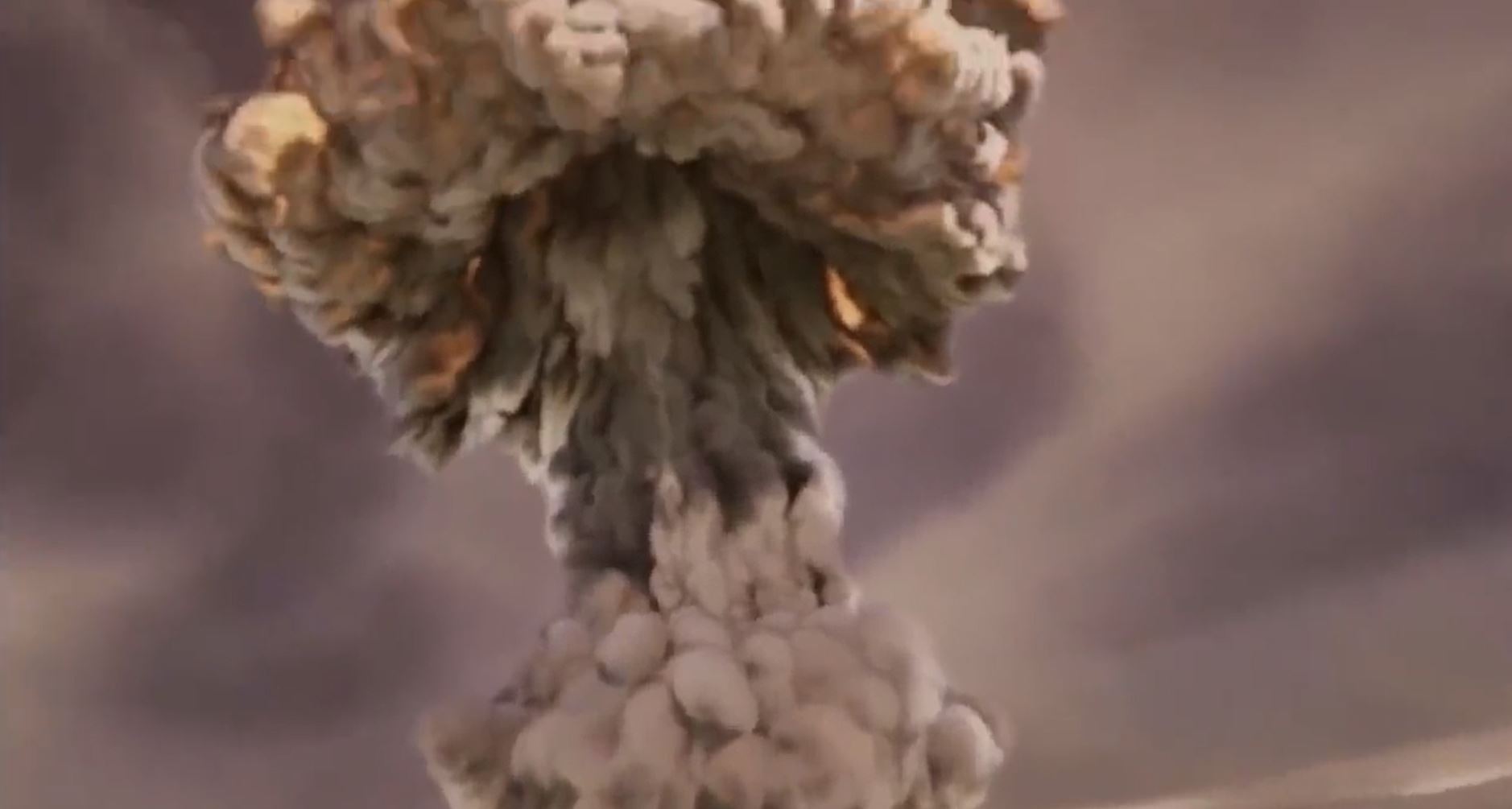 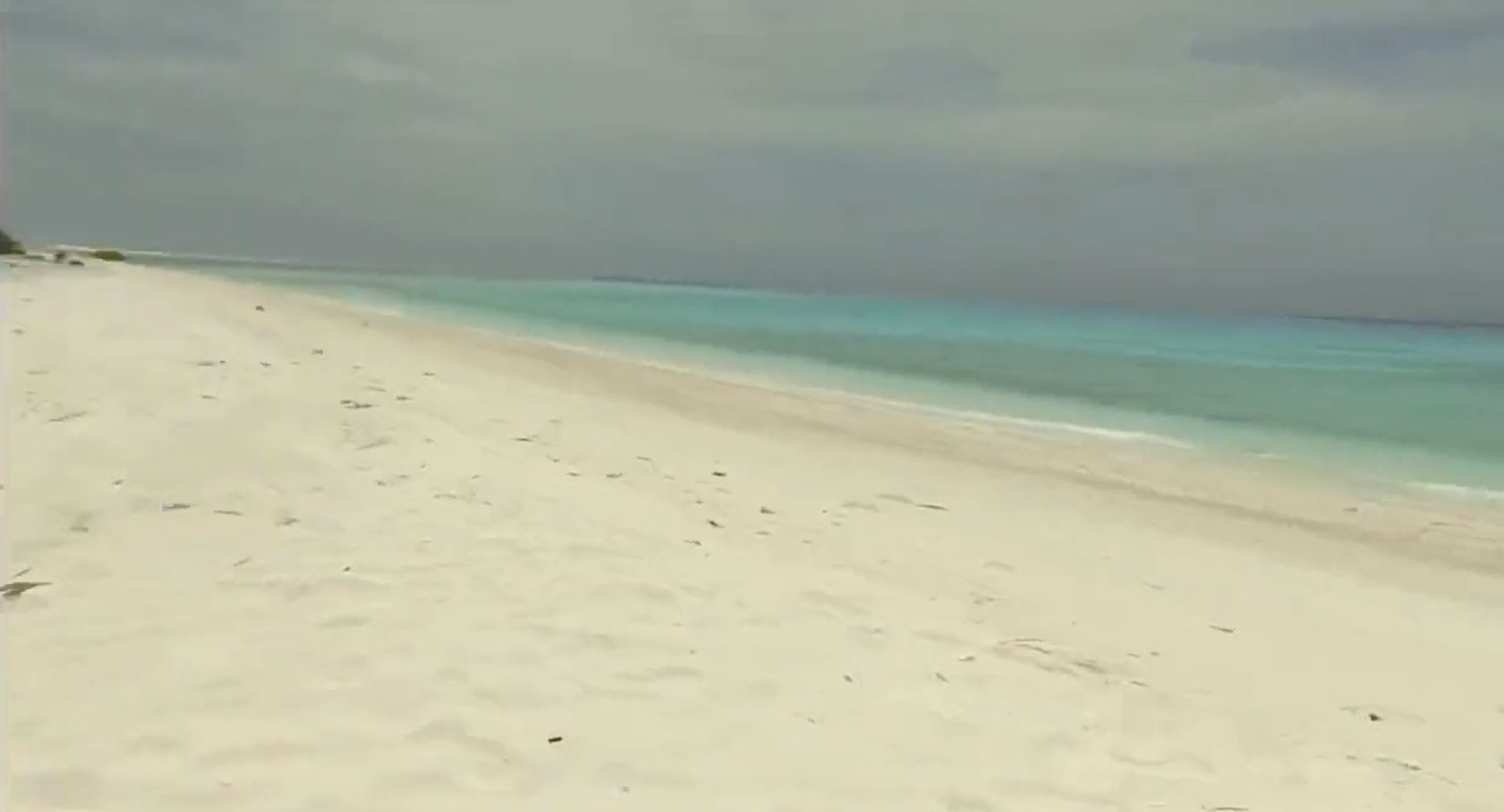 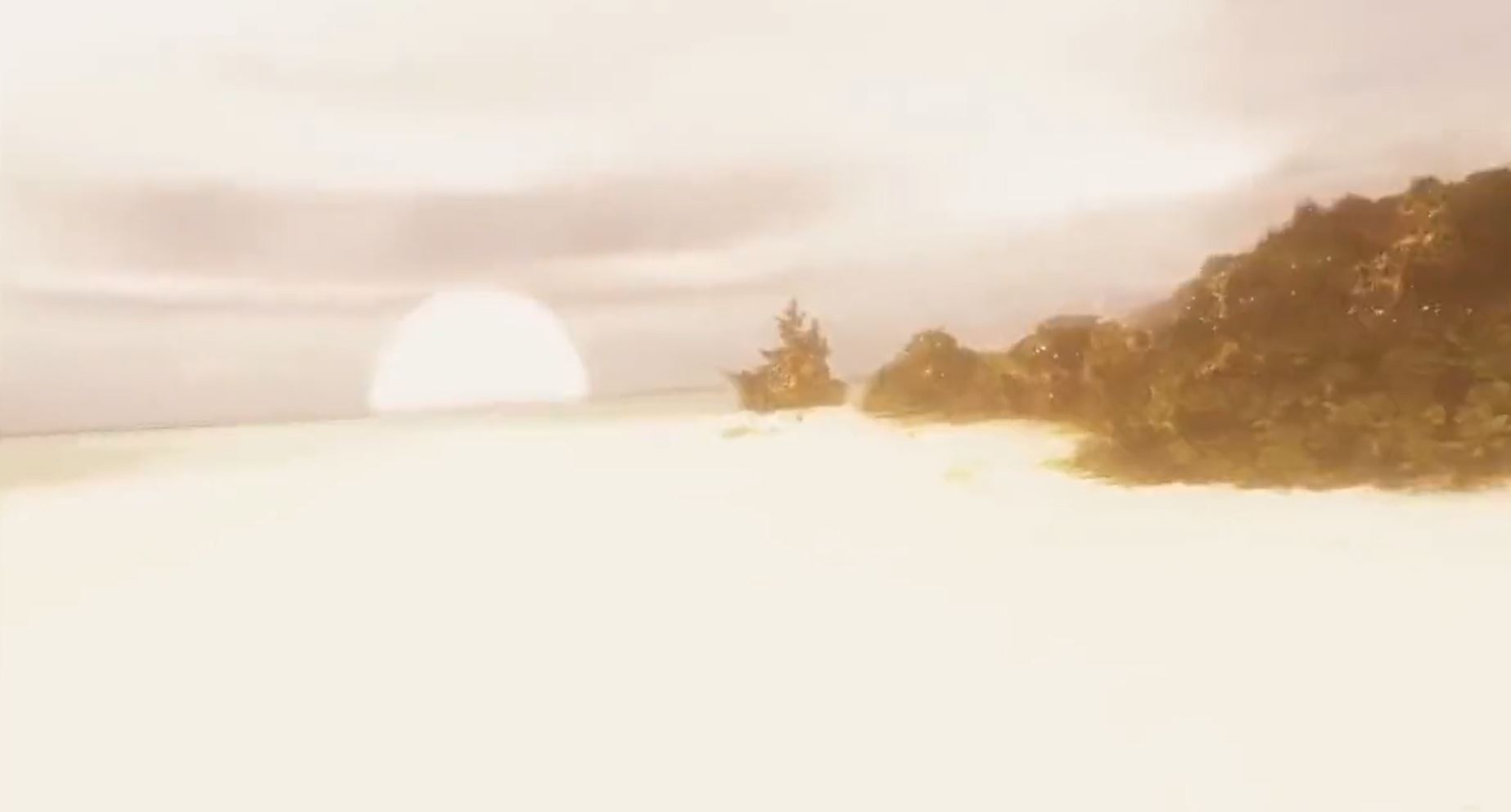 The video, taken from a virtual reality environment, shows a sunny beach on a tropical island just as the countdown to detonation begins.

As the countdown reaches zero, the screen turns entirely white in a sudden flash of light.

Within seconds, a deafening boom echoes across the sky, as a mushroom cloud rises in the distance.

The trees and plants of the island are left devastated, as a powerful sandstorm-like wind howls past.

Vegetation is left uprooted while a huge cloud of smoke and dust erupts into the sky.

The mushroom cloud expands, seemingly swallowing up the whole sky as the nuclear fallout begins to descend.

By the end of the one-minute 50-second clip, the lush island is a desert wasteland.

The sky turns an ominous purple as atomic dust from the explosion blots out the sun.

Reportedly, the VR simulation shows the detonation of a strategic nuke, similar in size to real-life American military tests.

A VR user originally shared a clip of the explosion on YouTube, before it was posted to Reddit.

One user commented: "Everything around would have also been blown away or incinerated, and a huge wave would have come and washed over the area."

Another added: "Hard to judge size or distance, but a 1megaton blast is giving you 3rd degree (almost certainly fatal) burns at a distance of 6 miles. The radiation given off at the point of detonation will kill you within a month out to a distance of 1.5 miles. In that VR scenario, you're dead."

While a third commented that the person in the blast would be wiped out because the mushroom cloud was bigger than their thumb on the horizon.

This theory – popularised by the post-apocalyptic video game series Fallout – claims that you are safe if the nuclear blast is smaller than your outstretched thumb.

However, the US Department of Energy's National Nuclear Security Administration has said that this is not true.

Despite that, physicists at the University of Leicester looked into the theory and claim it could work for smaller nuclear blasts.

They wrote: "This investigation showed that if a 15 kiloton nuclear bomb was to detonate, and your thumb extended at an arm’s length just covered the blast, you could survive most negative radiation effects by running laterally to the direction of the wind for a minimum of 1.65 kilometers [1 mile] in half an hour given that you are standing directly upwind to the blast.

"Having the stem of the mushroom cloud smaller than your thumb may mean that you could be relatively safe, but it is still always a good idea to evacuate anyway," they added.