The event, held at Tesla’s Giga Nevada factory, marked the first deliveries of the Tesla Semi to client Pepsi, which intends to use the truck delivery Frito-Lay products out of the company’s Modesto, CA facility.

Semi-tractor trailer trucks, or “18 wheelers” as they are commonly called, have a federally-allowed limit of 80,000 total pounds of gross vehicle weight.

Tesla’s Semi will have a Tesla estimated range of 500 miles on a single charge, and that range can be achieved with a gross vehicle weight of 82,000 lbs (Tesla says federal regulations allow electric trucks to go 2,000 lbs. above limit).

Completed at highway speed, without charging on the way & over 4,000 ft of elevation https://t.co/nZomwI7DbYpic.twitter.com/9MB0ejk2o6

"It's a step change in technology in so many ways," Musk said at the event.

In addition to its range and payload capacity, Tesla says the Semi has three times the power of a diesel truck, though with the efficiency of using less than 2 kWh of energy per mile.

The Semi will use a tri-motor setup similar to the "Plaid" powertrain used in the high end Model S and Model X cars, but with the ability of having two of those motors disengage when needed to boost efficiency. Tesla says this happens seamlessly.

When just using the Semi without an attached trailer, Tesla says the Semi drives like a regular car, and is quite fast given its electric powertrain. "It looks like an elephant running around like cheetah,” Musk joked.

In order to charge the Semi with its huge power needs, Tesla developed new megawatt class chargers and cables to deliver three times the current density that used right now. These V4 charging cables will be coming to Tesla charging sites in the next year, and Tesla revealed (as it's one surprise) that the upcoming Cybertruck will have the tech and capability to use the megawatt charge cable.

Initial deliveries of the Semi have already begun to launch client Pepsi, with Tesla confirming Pepsi has already used one of the Semi's to deliver Frito-Lay products to the event in Nevada.

Sill to be determined is the actual power numbers for the electric powertrain system (though likely similar to Tesla's Plaid powertrain), official battery size, and cost of the vehicle. Also missing is the exact load capacity, or the amount of cargo it can actually haul when you back out the weight of the Semi. 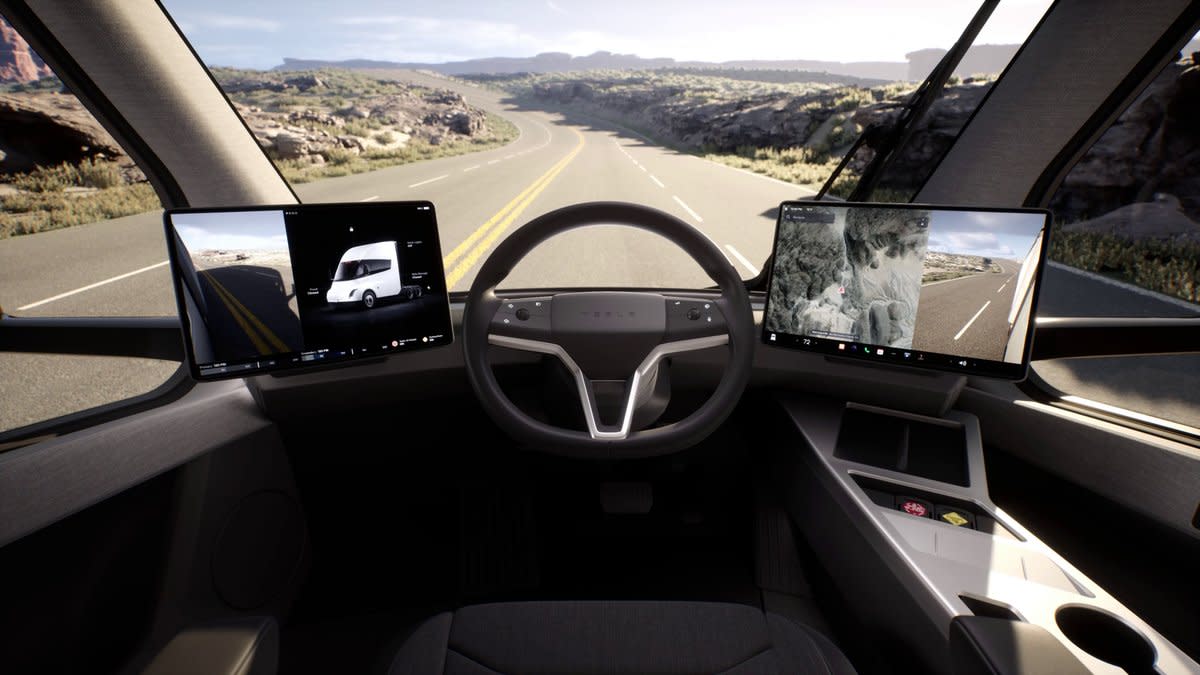 Prices were not announced at the event, but when the Semi debuted in 2017 Tesla said the Semi would cost $180,000. The impact of the Inflation Reduction Act is a new variable here, adding $40,000 in incentives for clean energy commercial vehicles. It is likely Tesla will be able to raise prices of the truck given the new incentives offered by the federal government.

Of concern to trucking industry experts is how the real world range of the vehicle will be affected by a full payload, and a truck that likely weighs significantly more than a traditional semi due to the batteries. The Tesla Semi contains three-times as many batteries as a traditional Tesla EV.

Recall that the Tesla Semi was slated for production in 2019, but was subsequently delayed. Though it's three years late, it seems the Semi may be worth wait if it can deliver all that it says in both an energy, and cost efficient way.

Read the latest financial and business news from Yahoo Finance

Download the Yahoo Finance app for Apple or Android