The Australians marching to a different beat to farewell the Queen 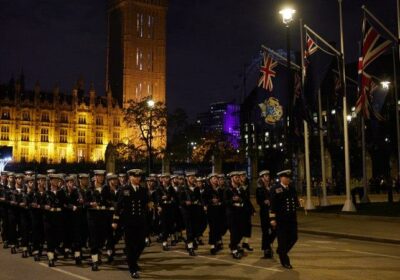 London: In the early hours on the streets of London a group of Australians have been practising marching to a different beat to be part of the funeral proceedings for the Queen.

Thirty-nine members of the Australian Defence Force have arrived in London and begun rehearsing to be part of the procession after the funeral on Monday at Westminster Abby. 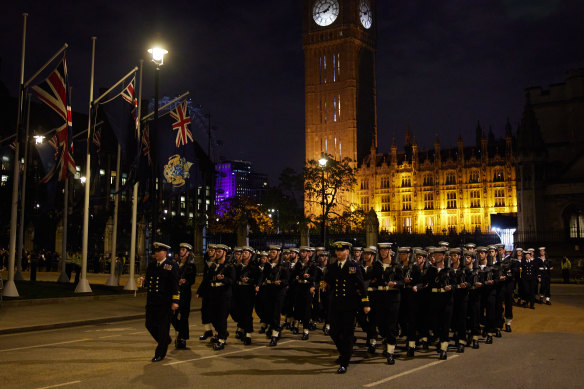 Soldiers march through Parliament Square during a rehearsal on September 15, 2022 for Queen Elizabeth II’s funeral in London, England.Credit:Alex McBride/Getty

They are part of a wider Commonwealth contingent that also includes members of the Canadian and New Zealand forces.

They began rehearsing at 2am on Thursday London time. It lasted five hours.

The rehearsal is vital as the post-funeral march will be set to a beat of around 35 beats per minute, which is vastly slower than the regular tempo that members of the Australian defence force march to.

They will march around 40 minutes on Monday between the Abbey and Wellington Arch as the Queen’s hearse is hauled the 2.1 kilometres atop a historic gun carriage. 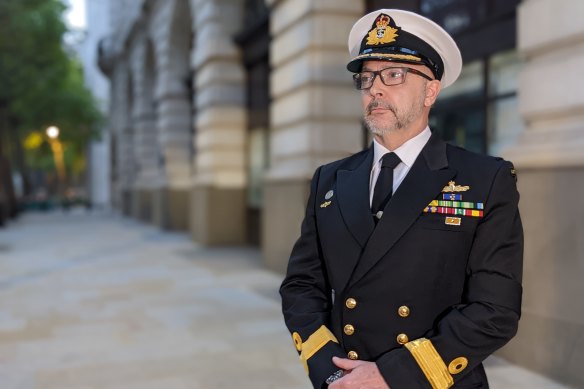 Commodore Ray Leggatt was born in country NSW, joined the Navy straight out of school and has now served for more than 35 years. He said it was a privilege to lead the historic event and confessed to feeling some nerves.

“There are nerves … this is indeed an honour for all of us who are participating,” he told journalists outside Australia House in London. 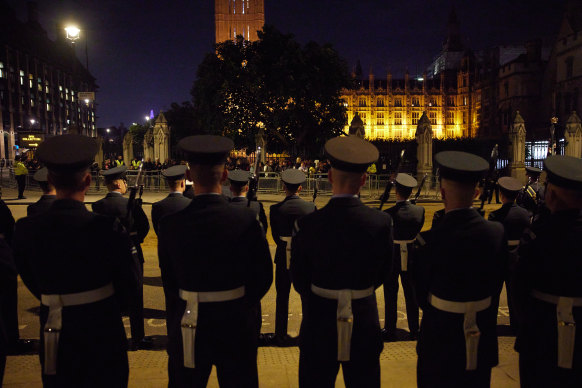 Soldiers stand in formation in front of the Houses of Parliament during a rehearsal on September 15, 2022 for Queen Elizabeth II’s funeral.Credit:Getty

“The team have been hard at work at training at all hours of the day and night, including a full dress rehearsal at two o’clock this morning and during the day they have been practising and rehearsing at the army training centre in Pirbright,” he said.

“There’s absolutely nothing left to chance and the team are continuing practising right up to the event,” he said.

The members chosen to march are drawn from contingents in the military with whom the Queen had an affiliation or special relationship and was colonel-in-chief. 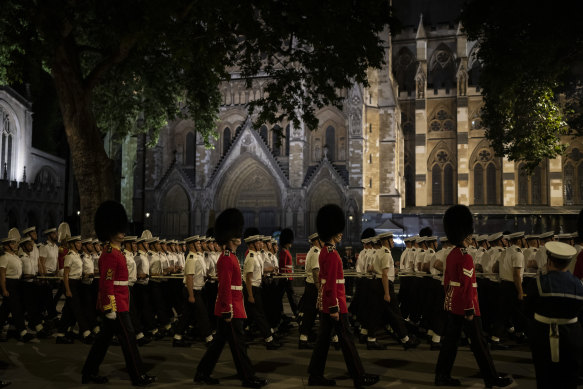 A funerary procession marches through Parliament Square during a rehearsal on September 15, 2022 for Queen Elizabeth II’s funeral in London, England.Credit:Felipe Dana/AP

“Some were handpicked, myself I was in a specific position where that position was identified to represent the Royal Australian Navy,” he said.

“Everyone here is of the highest calibre and incredibly honoured and privileged to be here,” he said.

The Queen’s funeral will begin at 11am local time on Monday and last for one hour.

Her hearse will be carried through London in a procession until it reaches Wellington Arch, after which it will be driven in a hearse to Windsor Castle, where she will be buried alongside her husband, Prince Phillip in St George’s Chapel on Monday night in a ceremony that will be only attended by undisclosed members of the royal family and not televised.