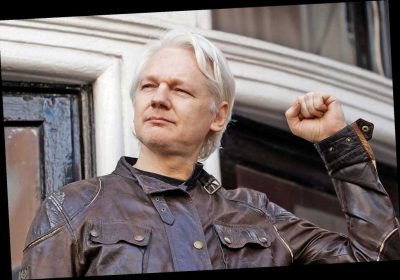 Goodbye to 2020, the year when so much and so many were so wrong

MSNBC's Joy Reid is the wrongest person on television

For years, Julian Assange was an icon to the cultural and political left. Benedict Cumberbatch played him as a kind of sexy superspy for the cyber age in “The Fifth Estate,” back in 2013. Assange was depicted as a dashing “whistleblower” and hero. A French fashion magazine called him one of the 20 best-dressed men in the world, and Time magazine hailed him as one of the most influential people in the world in 2011.

That was back when Assange was BFFs with the extreme left. What he was mainly known for at the time, apart from being charged with rape in Sweden, was publishing a trove of documents and videos from a disillusioned Army specialist named Bradley Manning (today living as a woman named Chelsea and enjoying life as a free person after being pardoned by President Obama) on his WikiLeaks site with no editing or redacting whatsoever. There may be a public interest in some classified military information, but news organizations that receive such leaks generally weigh the public interest against the potential to do harm to military people who have done no wrong. Assange, however, scoffs at journalists as being too weak-kneed to risk pushback from powerful forces. Assange is to journalism what the Joker is to comedy.

On Jan. 4, Assange is facing an extradition hearing in London to determine whether he can be dragged back to the United States to be prosecuted under the Espionage Act, which makes it a felony to publish classified information but has never been used in a similar situation before. If extradition succeeds and Trump doesn’t pardon him, Assange will claim he has an absolute right to publish true information under the First Amendment. We’ll see about that.

These days, Assange is no longer the Left’s matinee idol, because he did something Democrats think is more unspeakable than endangering US combat troops: He embarrassed their party. In 2016, in the summer before the election, WikiLeaks published some gossipy but inconsequential e-mails Russian hackers apparently obtained from Hillary Clinton consigliere John Podesta. It turned out that some kindergarten-level hack had gained access to the e-mails via the kind of phishing scam that your elderly grandfather wouldn’t have fallen for. Assange revealed that Podesta’s password was “password.” In the event of a Hillary Clinton presidency, Podesta would have been one of the geniuses to whom we all entrusted critical national-security information when he was serving at Clinton’s side.

Now that Assange has annoyed the Democrats, prominent journalists at places like The Atlantic and The Washington Post are calling for his head on a platter. Nobody is talking about making high-profile movies about him with major movie stars anymore. Assange made a critical mistake: He thought all of those people who were hailing him as a next-level journalist were interested in what he’s interested in, which is sneaking up on powerful institutions and pulling their pants down. The Atlantic, which in 2010 published a piece called “The Shameful Attacks on Julian Assange,” saying he had “done a huge public service by making hundreds of thousands of classified US government documents available on WikiLeaks” last year published a column calling Assange “a powdered-sugar Saddam Hussein plucked straight from his spider hole.”

Today, many of his former supporters believe Assange shouldn’t be pardoned and that he deserves to spend the rest of his life in a US prison. I agree — but not because he made Hillary Clinton and John Podesta look silly.

Assange was adamant about taking no steps whatsoever to conceal sensitive data about the operations of American troops. If some Taliban psycho had used his info to hunt down and kill our fighting men and women, he would have shrugged. For that reason, Assange deserves to do hard time. So send him over, UK judges — we’ll take care of the rest.