Home » There can always be a second act

There can always be a second act 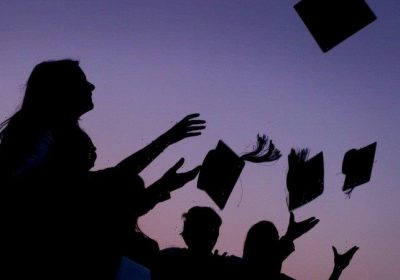 Recently I attended a graduation ceremony at the Victoria Police Academy. It was interesting to cast an eye over the list of previous occupations of the 22 men and women who passed out of the Academy that day.

Mechanical fitter, chemical transfer safety specialist, systems engineer and child and family case manager were among the former occupations listed in the graduation booklet. The average age was around 30. 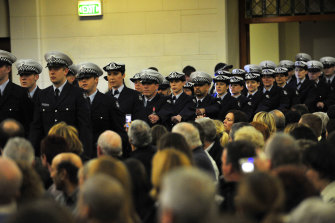 A matter of trust: Graduating recruits at the Victoria Police Academy chapel.Credit:Craig Abraham

This situation is not unique to police recruits by any means. The background stories of those who strive to achieve their ambitions in any field provide fascinating insights into the way in which individuals explore meaning, discover who they are and often risk financial insecurity in the process.

There’s something deeply moving about witnessing such a ceremony. These occasions take many forms and reflect a wide diversity of interests and gifts. They are ritual moments in which the future is at the graduate’s feet.

Not all those who pursue their dreams would use the word “vocation” to describe their aims and ambitions but it’s as valid a use of the word for someone who has their eyes set on becoming a roof tiler or computer programmer as it is for a potential priest. The root of the word vocation lies in discerning meaning; a calling. Many who reflect on their journey, religious or not, would say that there was an inner voice that just couldn’t be ignored. 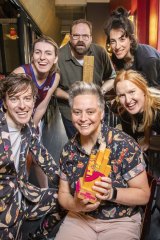 Recently we engaged a tradesman to do some carpentry repairs at our home. Over a coffee we got into a conversation about people’s backgrounds. Eventually I felt able to ask him how long he’d been doing this type of work. “Oh, about 10 years or so now,” he said.

“And what did you do before that?” I asked. “I was a bomb disposal officer with the British Army for 20 years, most of it in Northern Ireland,” he replied.

Even after long and hopefully fulfilling careers there is new and refreshing meaning to be found. You never know where having faith in the inner voice might take you.

Jim Pilmer is an Anglican priest.