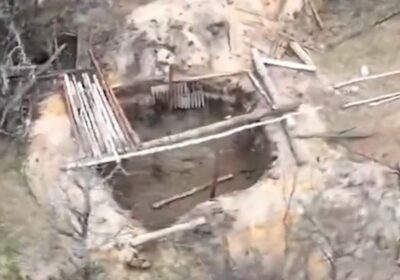 The Times correspondent Richard Lloyd Parry comments on Russia’s decision to send Russian soldiers to Chernobyl at the beginning of the invasion. “[Russian soldiers] don’t know what they are doing” and actions resemble Chernobyl disaster in 1986 when “[Russia] sent young men to deal with the accident without telling them how dangerous it was and many of them died”, commented Mr Lloyd Parry.

Speaking at Times Radio, Mr Lloyd Parry said: “The thing in Chernobyl is that [Russian soldiers] didn’t only smash things up.

“They behaved in a way that just seemed self destructive.”

“And they not only seem to ignore that, they went into very sensitive radioactive areas without protective equipment and they dug trenches in this famous area called the Red Forest, which was highly irradiated and the soil of which is still radioactive.”

He also added: “The slept there, and it has caused a great deal of trouble and anxiety even after the withdrawal.”

Times Radio host Stig Abell asked: “What possible reason would there be for that?”

Mr Lloyd Parry responded: “It is not clear.

“I suppose cruelty and brutality you could assume that that’s a kind of strategic means to terrify people and cow them.

“But digging yourself into a radioactive trench makes no sense.”

He continued: “A number of people made a connection between the situation in Chernobyl in 86 and now.

“They said back then the Soviet Union built this plant, they did not run it properly, it was an accident.

“And they sent young men to deal with this accident of their making without telling them how dangerous it was and many of them died.”

He then said: “People say today they have done the same thing.

“Young Russian soldiers are being sent not to a nuclear disaster but to a war.”

Mr Lloyd Parry highlighted: “They do not know what they are doing and they are dying.

“So perhaps that is what it is.

“It is not so much a kind of deliberate part of their war effort as an expression of callousness about young Russian lives.”

The claims follow statement from the head of the UN Atomic Watchdog Rafael Grossi following his visit at Chernobyl plant, in which he seemed to have claimed that Russian occupation in Chernobyl was “very, very dangerous” and that Putin’s decision to capture of the plant was “abnormal and dangerous”.