Nearly half (47 per cent) were not prepared for their role at delivery. 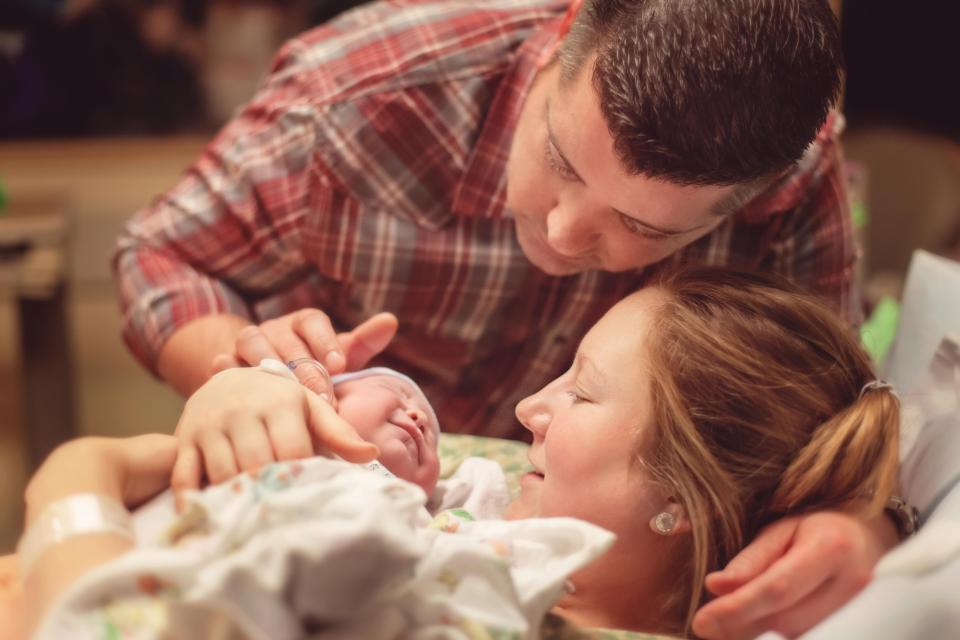 Only one in ten felt useful, with the rest saying they were a “spare part”, “nervous” and “overwhelmed”.

And 48 per cent felt they were constantly doing things wrong — the same amount who were desperate to be supportive.

Some passed the time by going on social media and watching box sets.

Others had a turn on the gas and air, taking selfies and doodling.

Pampers polled 1,388 mums and 612 dads for International Day of the Midwife.

Senior midwife Michelle Comrie said: “I sympathise with well-meaning dads at such a stressful time in their lives where they have little control.

“I’ve seen some fast asleep during labour, and others passing out where they are so nervous.

“I’ve also seen a dad in an apron and gloves, having taken a selfie of him and his wife to post on social media.

“The best thing dads can do is put their partner’s needs first — give praise and offer love and reassurance.”