THOUSANDS of Brits on holiday in France could face a Spain-style quarantine after a surge in infections and local lockdowns.

French Prime Minister Jean Castex warned the nation could be on the brink of a second lockdown after the number of coronavirus infections surged over recent days. 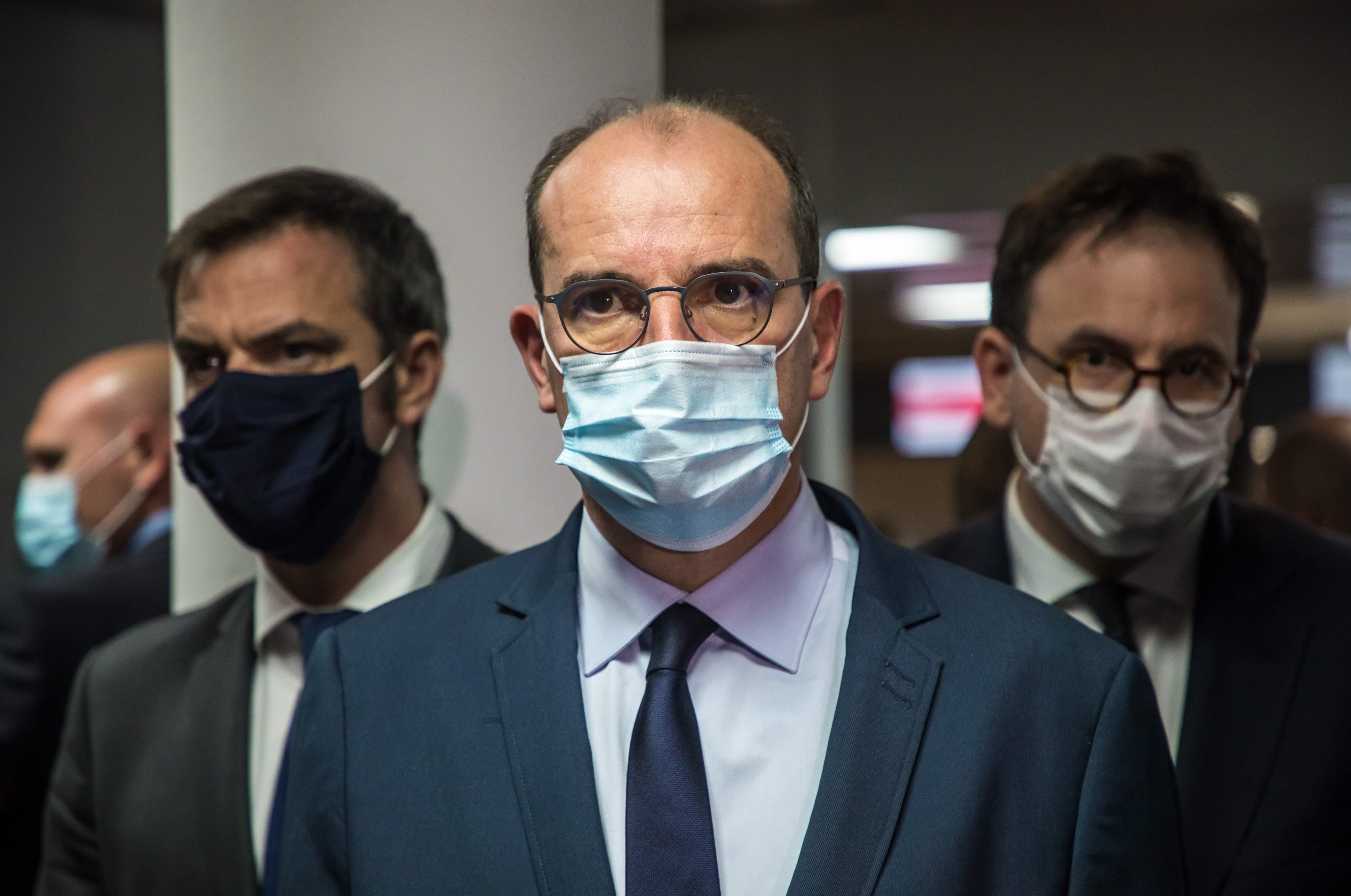 Holiday-going Brits have just been slapped with orders to self-isolate for 14 days on their return from Spain as Britain's foreign secretary warns more countries could be axed from the UK's safe travel list at very short notice.

Now, the French PM says a new lockdown can not be ruled out as a “prevention”.

The ominous warning comes against a backdrop of increasing cases and the health department's announcement that progress in the fight against coronavirus has been "erased".

"What we must avoid above all is a general lockdown," he told the Nice-Matin newspaper.

“Such a measure breaks the spread of the epidemic, certainly, but it is catastrophic on an economic and social level, including for the psychological health of some of our fellow citizens.”

Such a measure breaks the spread of the epidemic, certainly, but it is catastrophic on an economic and social level.

The French PM said he would strive to avoid a complete nation-wide lockdown but could bring in “localised lockdowns” in areas where infections surge.

Mr Castex oversaw France’s phased exit from lockdown and said there was still time to stem the increase in new infections.

“There are simple things to do and not to do, which are called barrier gestures, until the day when a vaccine is discovered," he explained.

The nation's tophealth body said there had been a “marked increase” in coronavirus cases since the lockdown was lifted.

“We are back to levels comparable to the end of the lockdown period," the Department of Health announced.

“We have thus erased a good part of the progress made in the first weeks since the lockout was lifted.

“It is more than ever essential to re-impose our collective discipline. ”

Health Minister Olivier Véran warned that if the advice was not heeded, bars may be closed in parts of the country where infections spike.

This weekend, local authorities ordered the closure of a bar in Quiberon, Brittany, where 13 new cases and another 35 suspected infections are believed to have originated. 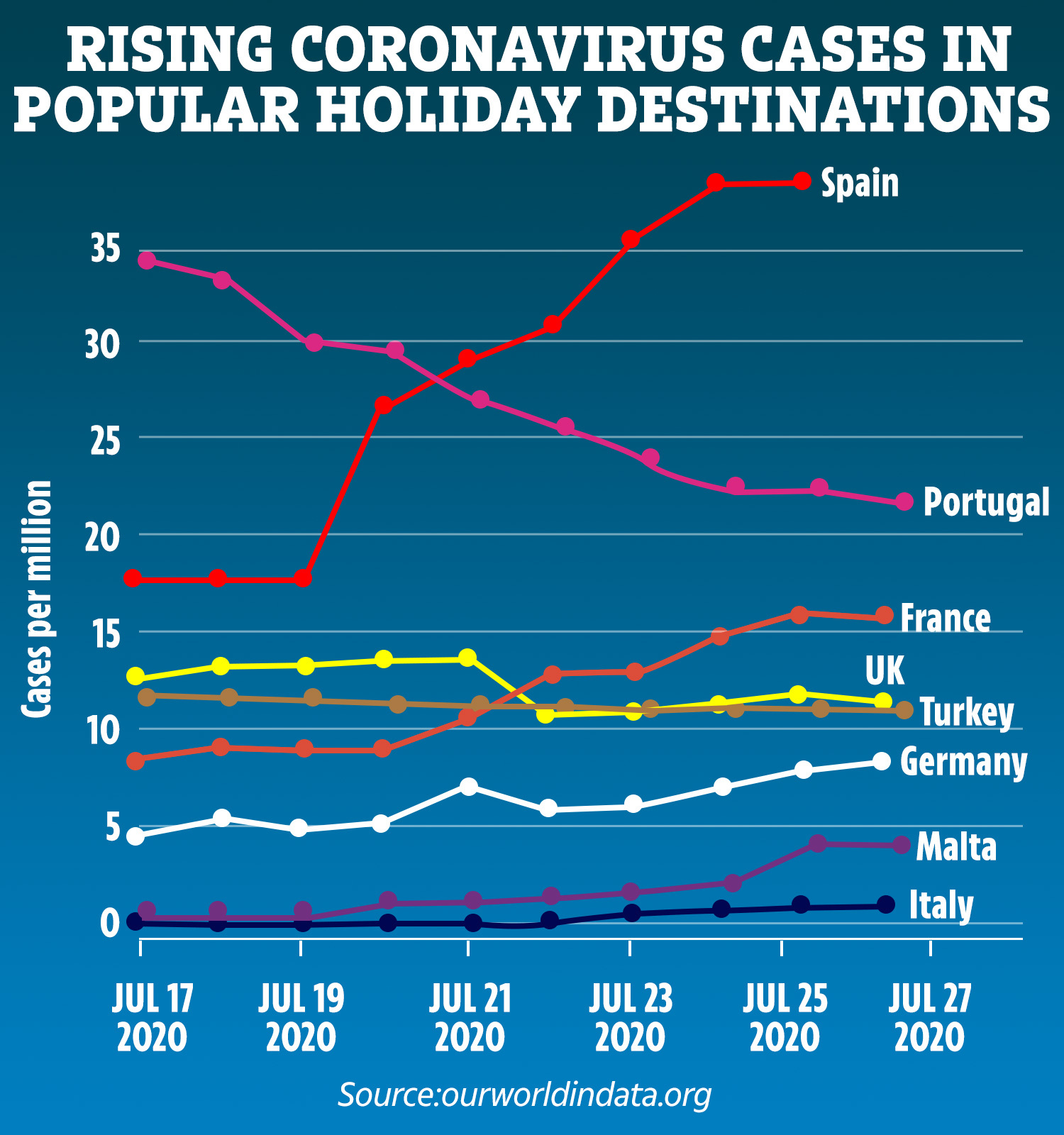 "This is what we’re observing at celebrations and family gatherings where clusters originate… The virus isn’t on holiday.

We haven’t won the war yet.

It comes after France reported 1,130 new cases of COVID-19 on Saturday.

The figure marks a significant increase after just over 1,000 new infections on Thursday and less than 1,000 the previous day.

Up until a week ago, the daily average was about 500 cases.

The number of deaths in France from COVID-19 rose by 10 from the previous day to 30,182 – the sixth-highest casualty toll in the world.

Meanwhile, the UK has reported more than 45,000 deaths.

Many European nations are seeing an increase in the number of virus cases as governments lift draconian lockdown measures to attempt to reignite their damaged economies.

And the UK has taken measures to protect itself from high risk countries like Spain in light of the numbers of rising infections.

Thousands of tourists were ordered over the weekend to self-isolate for 14 days on their return from Spain or face a £1,000 fine after Covid-19 cases in the country rose to more than 1,000 a day.

Some fear that countries such as France may be added to the list. 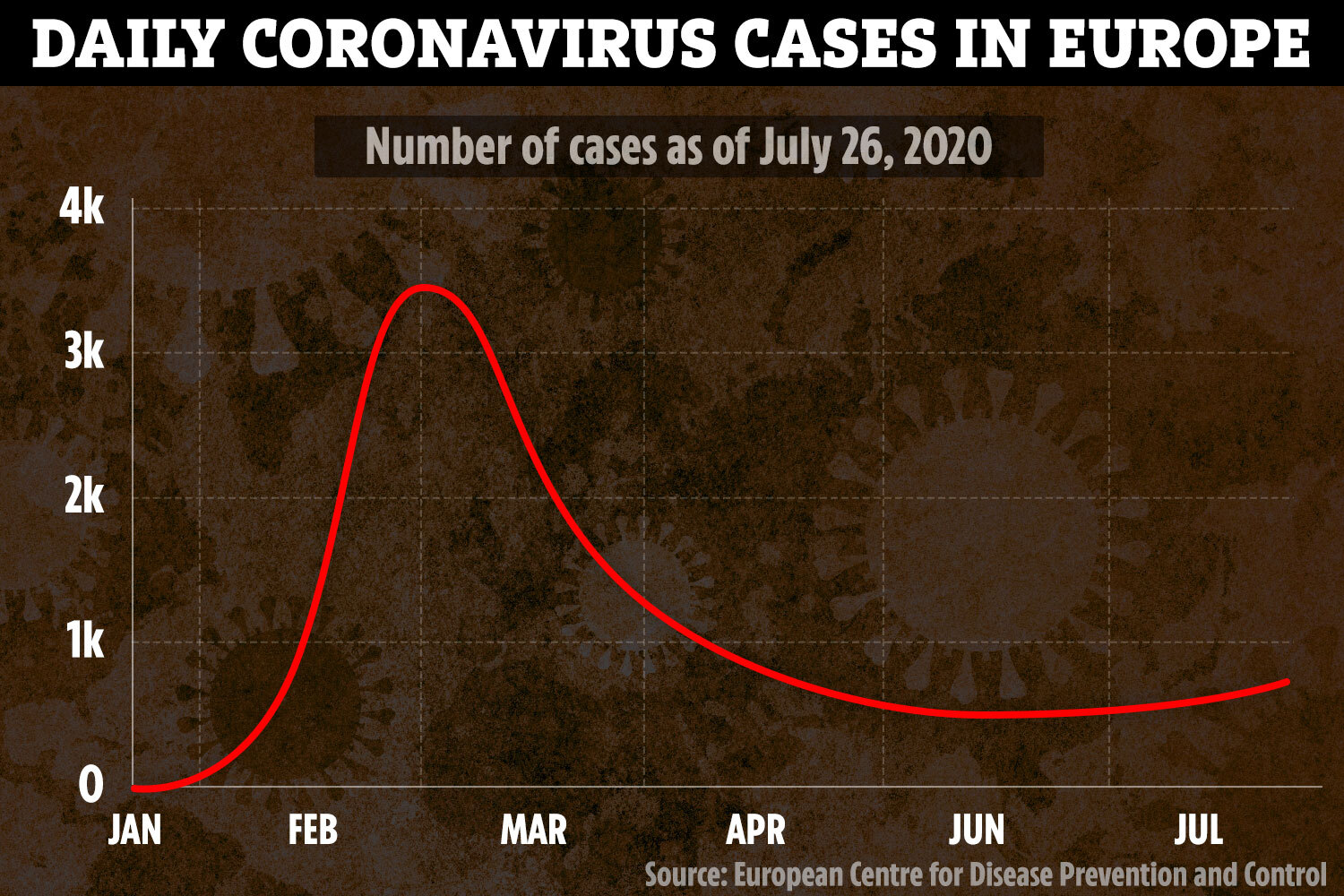 What happens when anybody arrives from Spain?

Travellers returning to the UK from Spanish mainland, the Canary Islands and Balearics will have to fill out a form declaring where they will be for the next 14 days and stay put.

What if I refuse to give my address or break quarantine?

Fines start at £100 for failing to fill in the form in England. Breaching the self-isolation will result in a £1,000 penalty for UK citizens or possible deportation for foreign nationals.

Is anyone exempt from quarantine?

Foreign diplomats and those who travel regularly to and from the UK, such as lorry drivers and medical workers, are not covered by the rules. Elite sports such as Formula One and Champions League footballers are also exempt, providing they create "bubbles".

What happens if I have to be back at work the next day?

It is up to your employer to grant you time off. Before last night there was no automatic compensation for people who miss work or lose business due to quarantine.

Are all parts of Spain on the 'don't travel' black list?

Separately, the Foreign Office says to avoid all but essential travel to mainland Spain, but this does not extend to the Canary Islands and Balearics. However, holidaymakers in all parts of Spain including the islands WILL have to quarantine.

Why is this necessary?

A fresh outbreak of the virus in Spain has increased the risk of tourists spreading the infection in the UK. The Government says the measures are backed by science and will help prevent a second wave imported from abroad.