We want readers, friends and families to spare a few hours over a bumper weekend collecting as much discarded plastic as they can.

There are now 418 organised pick ups arranged as well, with our volunteer army of litter-busters ready to clean up beauty spots, beaches, streets and parks from Friday, May 11 to Sunday, May 13. 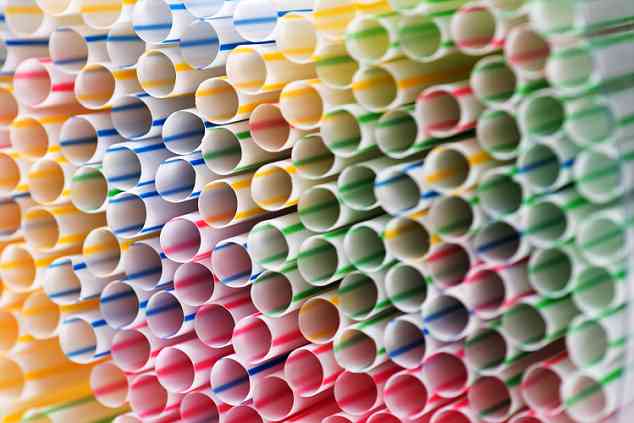 The campaign has been backed by Theresa May and celebrities including TV wildlife experts Sir David Attenborough and Chris Packham.

A fantastic prize of an all-expenses-paid trip to a Sea Life Centre with Packham is on offer for the top litter-picking school.

The pick up comes a decade after the Mail launched its trail-blazing campaign to end the scourge of plastic bags that clog our oceans, litter the countryside and kill wildlife. We led calls for a 5p charge on plastic bags, and support a deposit-return scheme for plastic bottles.

The Mail and Keep Britain Tidy will send a pack of 30 special, 100 per cent recycled bags to the first 3,000 organised groups registering events on the Great Plastic Pick Up website.

Participants will be invited to share photos of their day and log how much litter they collected. We’ll select up to three winning teams to receive a Community Super Clean Up – with a professional coming to clean your area. 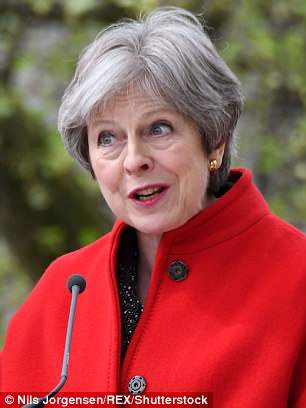 Keep Britain Tidy ambassador Julia Bradbury, a former presenter of Countryfile, yesterday endorsed the campaign, saying: ‘Single-use plastic is a subject that is close to my heart.

‘When I’m out walking I see the huge impact it has even in the most remote places. It’s good to see this ongoing issue is getting the attention it needs and I hope as many people as possible will join in the Great Plastic Pick Up to protect our wildlife and marine life and personally take responsibility to clean up the environment on our doorstep and beyond.’

Labour MP Mary Creagh, who is chairman of the Commons’ environmental audit committee, said: ‘This is a fantastic initiative from the Daily Mail. As people start to venture out into their gardens and enjoy time outdoors, it’s absolutely vital that we embrace looking after our local environment, our streets and local beauty spots.

‘Anything that tackles the centuries-long impact of plastics in the environment is a really important contribution to a cleaner UK.’

And Tory MP Neil Parish, who chairs the environment, farming and rural affairs committee, said: ‘It’s a really good idea from the Daily Mail. It affects both urban and country areas, and there’s so much plastic out there. This will bring home the issue to a lot of readers, so will do a lot of good.’

Starbucks has seen a 150 per cent rise in customers using their own reusable cups after bringing in a 5p charge on throwaway ones.

The coffee chain ran a ‘latte levy’ trial at 35 London stores, in which shoppers with their own cups not only escaped the 5p charge but were also given a 25p discount on their drink. 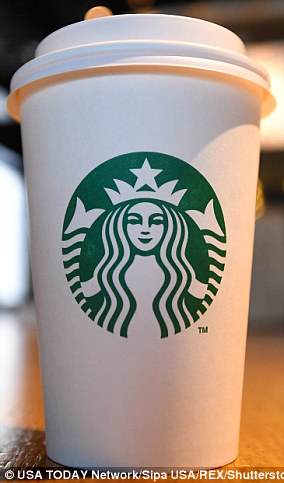 The figures suggest that, even at these levels, the number of cups handed out in the high street every year could be cut by around 150 million if all coffee shops adopted the policy.

The issue with standard throwaway coffee cups is that they have a plastic coating which means they cannot be recycled with other paper waste.

Starbucks now plans a trial replacing plastic straws with green alternatives. Jason Dunlop, of Starbucks, said: ‘We are encouraged by the initial results of our trial that show that, by charging 5p and increasing communication on this issue, we can help to reduce paper cup use.

A new kind of plastic that can be recycled infinitely has been developed by US scientists.

Ordinary plastic can be recycled only by grinding it down to be made into lower quality material.

But, according to a study published in journal Science, a research team from Colorado State University has developed a substance that can be broken down into its ‘building blocks’ then turned back into new plastic over and again.