This is the moment three children narrowly escaped being washed out to sea after a monster wave swept them off their feet and into the ocean.

The children, from Western Australia, were lost under a wall of churning water after a five-metre wave battered the rock shelf they were standing on.

The children tirelessly can be seen tirelessly fighting against the grips of the tide pulling them towards the ocean.

All three attempt to pull themselves up to safety and avoid the next set of waves in the five metre swell, to no avail.

One child is seen slipping through the cracks as the trio fight the strong tide.

The strong conditions knock, pull and batter the children against the jagged rock face as they eventually break free. 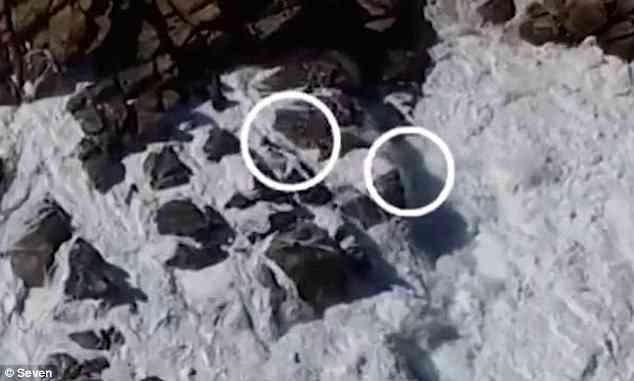 It’s understood the children all managed to make it to dry land without sustaining any serious injury.

According to Seven News, the footage was taken on the same day two fishermen were washed away.

The men were were washed off the rocks at the famous fishing spot in Salmon Holes in Albany.

One of the men just woke from a coma after sustaining critical injuries. 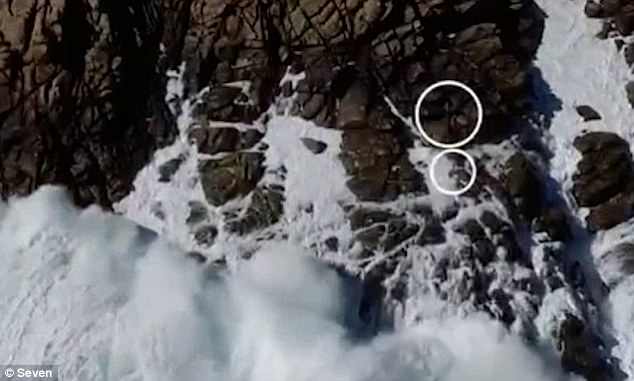 The strong conditions knock, pull and batter the children against the jagged rock face as they eventually break free