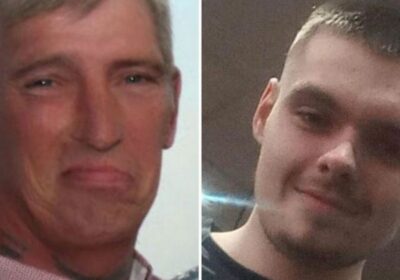 A violent thug killed a 'defenceless' man with one punch for being 'cheeky' and walked off laughing, a court heard.

Kieran Scott, 19, launched into the deadly attack on Mark Thomas, 53, as he sat on a street bench, knocking him out cold.

He then walked away laughing with another man and didn't even look back, Hull Crown Court was told.

READ NEXT: DOUBLE THE FUN: Naked Attraction star has £8,500 sex doll made of himself to 'perform' with on OnlyFans

Mark never regained consciousness and died two days later in hospital after medics could do nothing more to save him because of a bleed on his brain.

The court heard Scott and another man approached Mark while he was sitting on the bench with a can of cider in his hand on June 14, Hull Live reports.

Richard Thompson, prosecuting, said a woman was standing talking to Mark, but he was being "quite argumentative" with her.

Scott asked Mark and the woman if they 'wanted anything', which they assumed to mean drugs, but they declined.

The court heard Scott then approached Mark as he was sitting on the bench, with his elbows resting on his knees and while he was "in his own world".

Mr Thompson told the court Scott then struck Mark with an "unprovoked and completely unexpected" punch which landed on his left cheek with an "audible thud".

Mr Thompson said Scott and the other man walked away, adding: "They were both laughing and did not look back.

"The deceased fell sideways onto the bench and started then to drop to the floor."

The court heard Scott later told another man: "I only hit him once."

When he was asked why he did it, Scott said Mark had been "getting lairy".

The court heard Scott later woke up his mother and told her: "I've hit Mark Thomas and I think he's dead so we've got to go."

Mark, who was unresponsive when paramedics arrived, was rushed to hospital where it was found that he had suffered a bleed on the brain, which could not be operated on.

He was initially put in an induced coma but life support was withdrawn on June 16.

Scott later told police during interview that he punched Mark once in his face because he was being cheeky to him and this had annoyed him.

Scott, of Hull, East Yorks was accused of murder but admitted the lesser offence of manslaughter, which was accepted by the prosecution.

Sentencing Scott to six years in a young offenders' institute, Judge John Thackray KC said Mark was "absolutely no threat" to Scott whatsoever and the attack was "completely unprovoked and unexpected".

To keep up to date with all the latest news stories, make sure you sign up to one of our newsletters here .