Where are his parents? Toddler nearly falls to his death in front of shocked onlookers after getting stuck on a window ledge while left unattended

This is the shocking moment a little boy falls from his home and dangles dangerously on an advertising hoarding in Zhanjiang,China.

The two-year-old toddler boy was waiting for rescue after getting himself trapped at a narrow ledger at about 16 feet above ground.

Two family members climbed up to the board and brought the boy back to the ground safely.

A toddler boy fell from his home onto an advertising hoarding in south-east China (left). The two-year-old walked around and tried to climb down to the ground (right)

Rescue footage captured the little boy climbing along an advertising hoarding above the ground floor shop in Zhanjiang, Guangdong Province on May 1.

It was suggested the boy fell from his second-floor home through the window.

‘Where are his parents?’ one onlooker asked in the video.

The boy is trying to get to the ground as he holds onto a window grille and let himself dangled in mid-air.

The two-year-old boy was staying at home while his parents were away, reported Beijing News.

Onlookers gathered on the streets and told the boy to stay on the ledge. 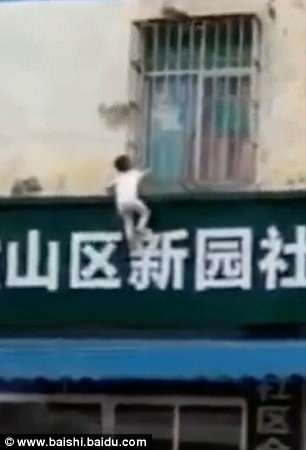 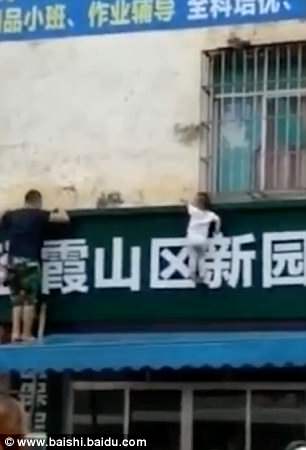 The boy got himself dangling in mid-air as he held onto an anti-theft grille (left). Two men, believed to be family members of the boy, went up to the board and saved the boy (right) 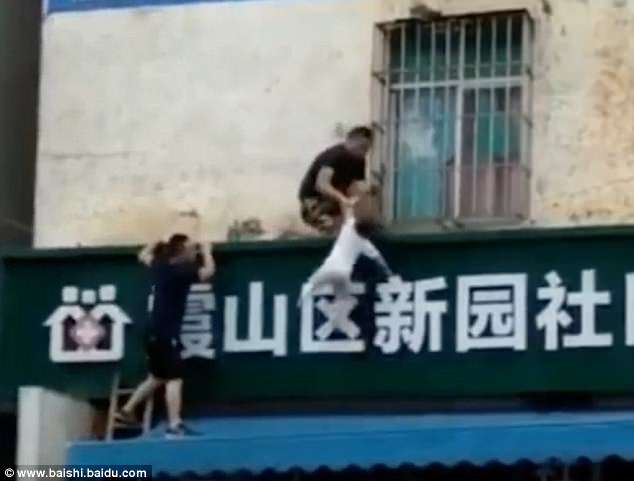 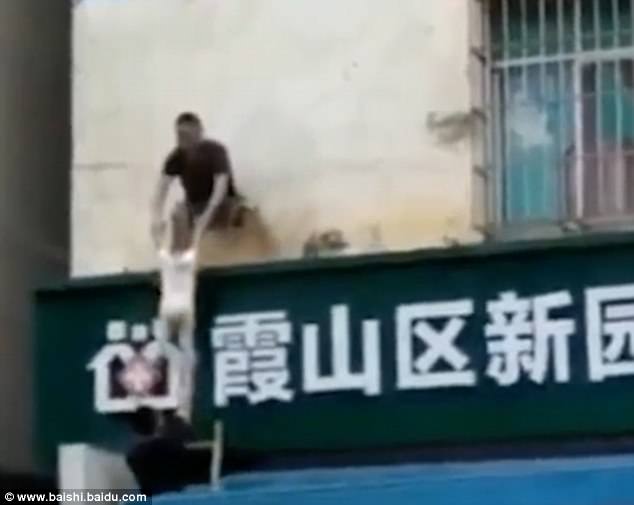 Workers at a health centre below told the reporter that they heard a loud bang from the ceiling.

‘We went out and saw the boy walking at the board,’ a staff member said.

They went up to the boy’s apartment and knocked on the door.

Later, two men, said to be from family members of the boy, took a wooden stairs and climbed up to the advertising hoarding and picked up the boy.

It’s not clear if the boy sustain any injuries.