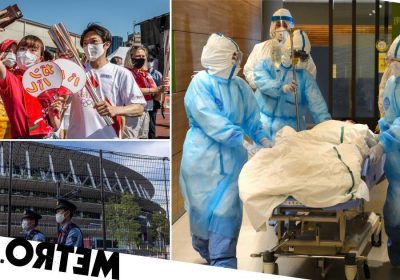 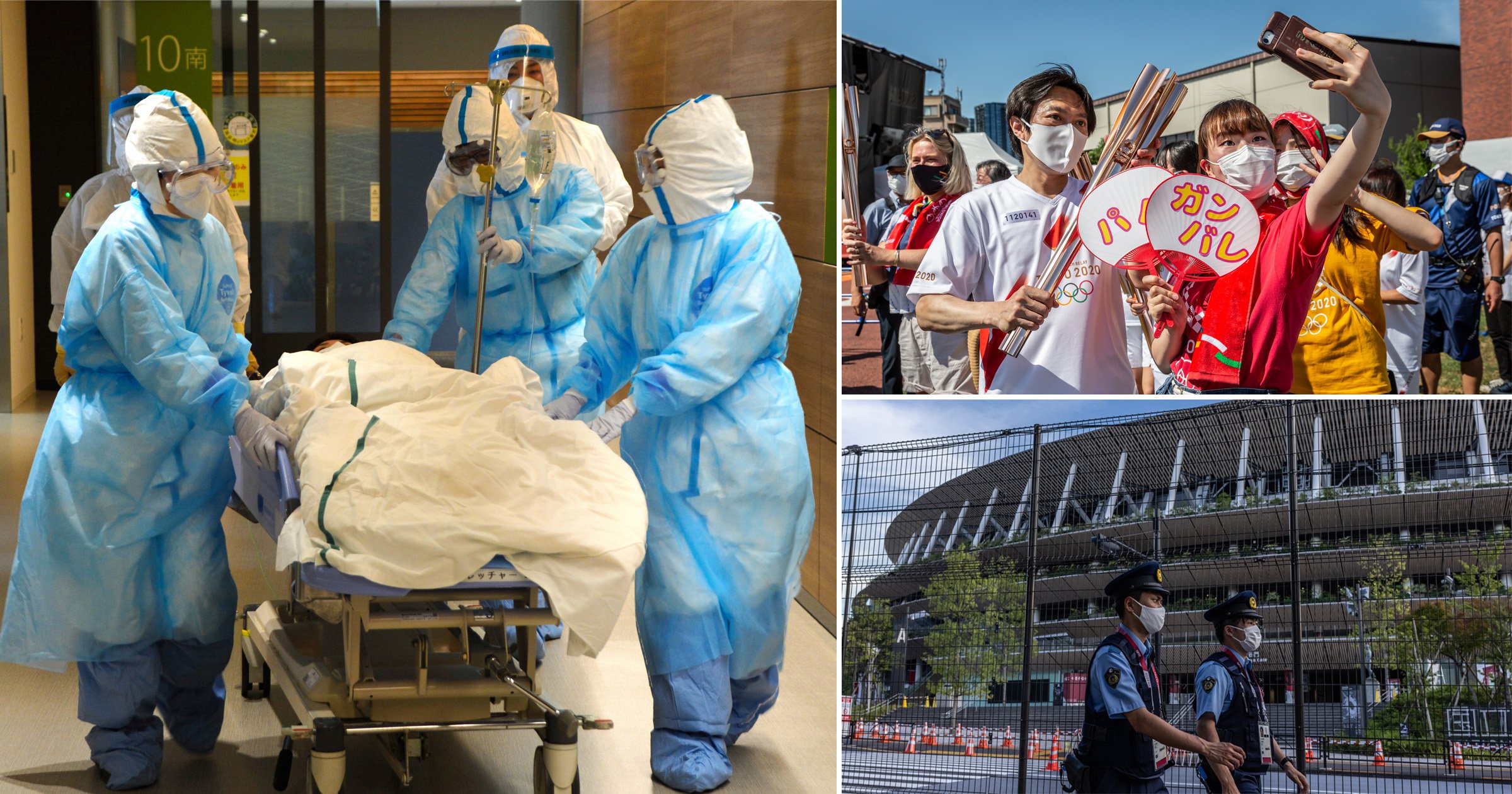 A last-minute cancellation of this year’s Olympic Games looks increasingly likely as the Tokyo’s Covid infections leapt to a six-month high on Wednesday.

The host city recorded 1,832 new daily cases just two days before the event opens, with public health officials warning they could rise another 40 per cent in the next two weeks if the current trend continues.

Spectators have already been banned from all venues in the Tokyo area after local authorities imposed a state of emergency to combat the virus earlier this month.

Organisers made a decision in March to ban overseas fans from stadiums, and have faced widespread pressure from within Japan to cancel the Games outright after cases continued to rise.

A leading Japanese doctor warned of an ‘explosive increase in cases’ regardless of whether the Olympics go ahead.

The chief of the Japan Medical Association, Toshio Nakagawa, told a press briefing: ‘The surge in cases has been expected whether we have the Olympics or not.

‘What we have worried about is now actually happening.’

Prior to the latest restrictions, local fans were set to be let into stadiums in Tokyo, with caps of 10,000 people per venue or 50 per cent of venue capacity.

Stadiums in the surrounding regions of Fukushima, Miyagi and Shizuoka will be allowed to let in spectators under the same limits.

Coronavirus cases have risen sharply among Japan’s younger population after a sluggish start to the country’s vaccine rollout.

Less than a quarter of people in the country are double-jabbed despite intense efforts to get locals inoculated before the Olympics, with officials blaming supply problems.

Most of Japan’s 84,800 infections and 15,000 Covid-linked deaths came since the second wave hit in January this year.

Speaking on Tuesday, the head of the Games’ organising committee refused to rule out calling off the Games at the last minute.

Toshiro Moto vowed to ‘continue discussions if there is a spike in cases’.

But the president of the International Olympic Committee, Thomas Bach, insisted they must go ahead, saying the body ‘never abandons the athletes’.

Mr Bach admitted to keeping secret ‘serious doubts’ about whether the event could go ahead to stop them becoming a ‘self-fulfilling prophecy’.