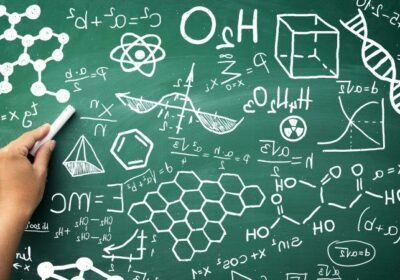 Leading secondary school maths teachers have warned of an “emerging crisis” in the subject, saying the standard of students’ work has fallen after two years of disruption and that teachers are struggling to restore learning to pre-COVID levels.

The group of 260 senior secondary school maths teachers in Victoria urged the state’s Curriculum and Assessment Authority to defer its planned overhaul of the VCE maths curriculum, arguing it will distract them from improving students’ skills. 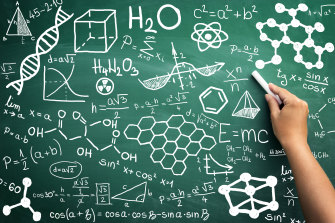 Leading Victorian maths teachers have called for changes to VCE maths to be deferred, as students’ standards have declined after two years of disruption.Credit:

The new curriculum is due to be introduced in 2023, although teachers have not yet seen key details of the study design.

Education authorities have flagged that the change will involve the introduction of foundation mathematics for year 12. The subject, which teaches more basic mathematics, is currently offered only up to year 11.

The 260 maths faculty leaders have written to the curriculum authority asking it to delay the changes until 2026, and then introduce them gradually over two years.

In a letter to the authority, the Mathematics Heads of Faculty Network said the large number of on-site school days missed in 2020 and 2021 had taken a serious toll on the quality of students’ work, on their resilience and on teachers’ ability to educate and test them to a high standard.

“Standards have dropped, content has had to be omitted during remote periods of learning, assessments have become less rigorous, student understanding is often superficial, and resilience is low,” the letter states.

Australian secondary students’ maths performance was already declining relative to their peers in other developed countries before the pandemic.

The 2018 assessment was the first time in the test’s history that Australian students fell to the average level in maths among 79 assessed countries.

Peter Saffin, the chief executive of the Mathematical Association of Victoria, agreed that two years of disruption had affected student performance, but said he did not believe this justified putting off changes to VCE maths.

Study designs must be changed regularly to stay relevant to the expectations of universities and employers, he said. The current VCE maths study design has been used in schools since 2016.

The changes will form part of the Victorian curriculum and are separate to the Australian curriculum, which is also being updated.

“The enhancements are to improve the education of our students and that’s what we’re all there for,” Mr Saffin said. “Curriculums evolve, they should never be static.

“If you don’t update a curriculum for 10 years, then things have moved on with our pace of change with technology and data these days.”

The letter from the Mathematics Heads of Faculty Network said that after returning to the classroom, teachers had found skills they thought students understood during remote learning were not as sound.

“Tests that would normally be given now need to be modified and ‘softened’ because the students are not up to sitting the same standard, nor do they have the same resilience to attempt them,” the letter stated.

An Andrews government spokesperson said the VCE mathematics study design had been under review since 2018 and that maths teachers had been consulted about the benefits the changes would deliver to students.

“We know that the past two school years have been challenging for many school communities, but we will support teachers and students to transition to the new study designs throughout 2022,” the spokesperson said.

The proposed new study design is being approved by the Victorian schools regulator. Advice is being developed for teachers on how to implement the changes

One leading maths teacher at a government school in Melbourne’s east said that the impact of COVID-19 on students’ learning was uneven.

Students at the teacher’s school had remained engaged while learning remotely, but colleagues at some other schools had reported high numbers of students disengaging from online classes.