The ambitious 48 year-old son of a Pakistani migrant bus conductor today became the first ethnic minority MP to hold one of the four great offices of state. 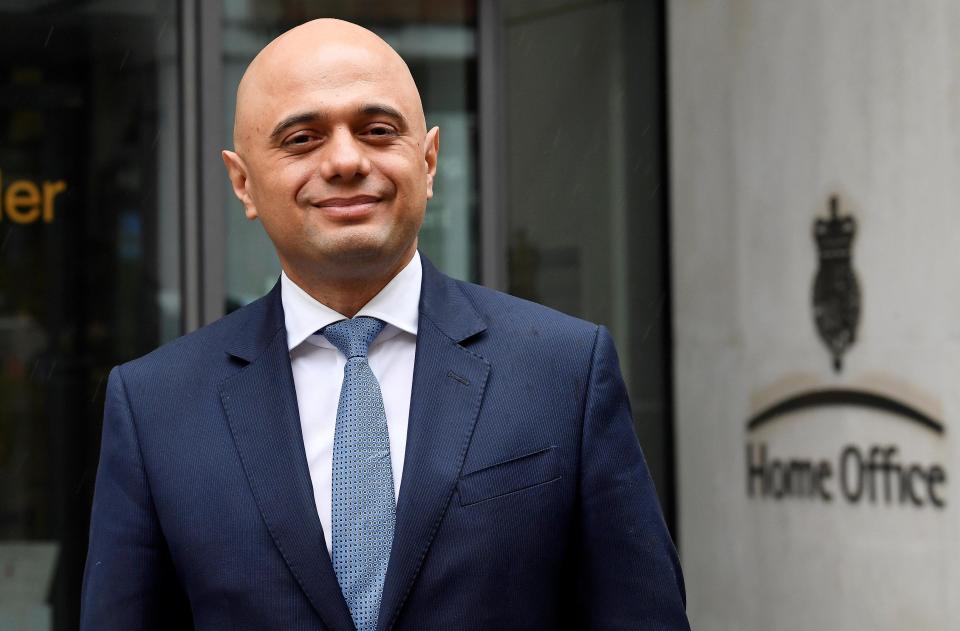 During an early morning phone call, the PM asked him to replace Amber Rudd and get an urgent grip on the Windrush scandal.

But senior Tories said it put him in prime position to take over from her in No10 as a compromise candidate to unite the party’s feuding Remain and Leave wings – and he is already “on manoeuvres” for a leadership bid one day.

After Mr Javid’s surprise promotion, bookies slashed the odds for him to be Britain’s next Prime Minister from 66/1 down to just 5/1.

One government minister told The Sun: “Sajid has been making noises for a little while about a leadership run, quietly asking a few of us what his chances would be and if we might support him.

“The Home Office gives him a massive platform, and he already has an unbeatably good back story.

“I would be amazed if he doesn’t go for it when the time comes to move Theresa on – which will probably be next summer.” 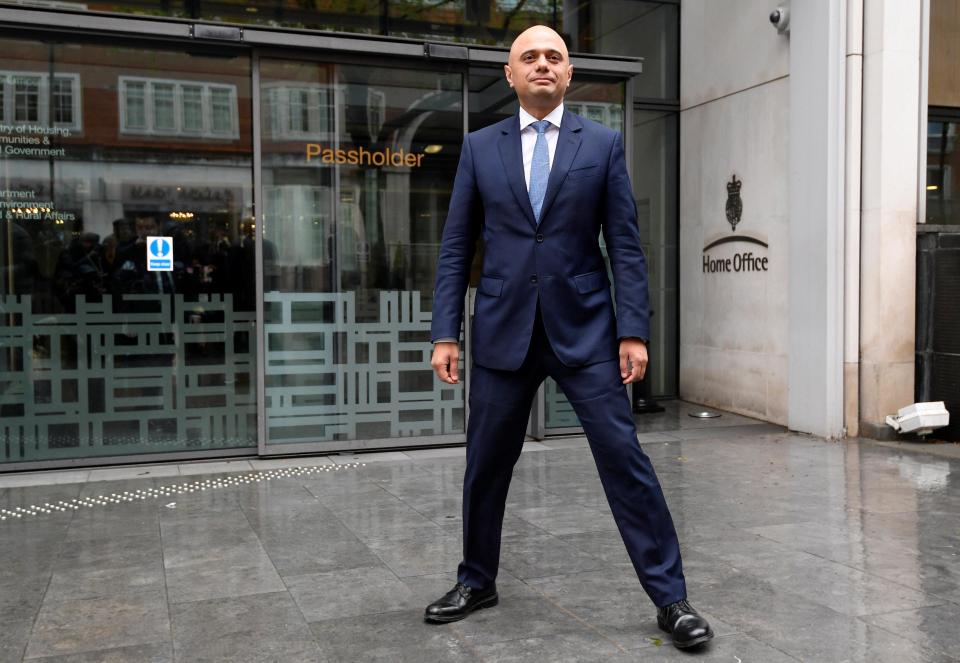 The appointment surprised many in Westminster, as Mr Javid and Mrs May have been bitter enemies in the past – not least over immigration policy over students.

No10 aides said she promoted him because he is “a details man” with barrels of energy.

A senior Downing Street figure explained: “Being Home Secretary now means you need a very sharp eye for detail, and you have to be prepared to get your hands very dirty.

“If you look around the Cabinet table, there aren’t many who fit that bill."

Addressing MPs, Mr Javid pledged to make ending the Windrush generation’s fears of being excluded and deported from their home of Britain his top priority in the job, vowing to “do whatever it takes”. 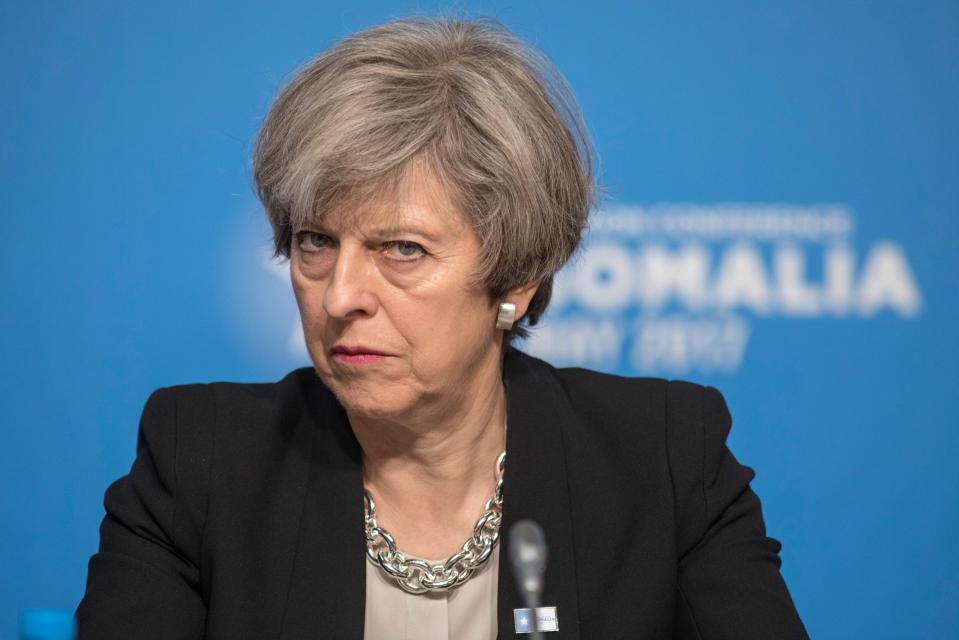 As the son of two Pakistani migrants, Mr Javid also told the Commons that the scandal of their shameful treatment had made him very angry too, telling the Commons: “I thought that it could be my mum, my brother, my uncle or even me”.

And he hit back at taunts from Labour’s shadow home secretary Diane Abbott, who has Jamaican parents, to tell her: “I am a second generation migrant too. She doesn’t have a monopoly on anger”.

In a declaration that will sound alarm in Downing Street, Mr Javid was also swift to rubbish the ‘hostile environment’ mantra, a phrase used by Theresa May herself just last week.

Instead, he would refer to policies to make it harder for illegal immigrants to prosper here as “compliant environment”, telling MPs: “I don’t like the phrase hostile. It’s not a phrase I’m going to use. It doesn’t represent the values of our country”.

And hinting he is ready to make major changes to introduce a more liberal immigration policy, Mr Javid added: “It’s not just about a personnel change. It’s about action, and that’s why she’ll be seeing from my department”.

But he said he is yet to decide on whether to continue with deportation targets, the controversial issue that Ms Rudd had to resign over after inadvertently misleading the Commons when she said last week they didn’t exist.

On another dramatic day in Westminster…

But he risked angering his ageing mother by admitting he was yet to call her, but pledged: “I will do later”.

Mr Javid’s elevation now makes him the boss of his younger brother Bas, who is a Chief Superintendent with West Midlands Police.

Mr Javid has already ran for the Tory leadership once, on a joint ticket with Stephen Crabb against Theresa May in 2016. But they were eliminated in the first round of voting.

Ms Rudd’s Cabinet exit has slashed the number of women around Theresa May’s top table down to just 22% in a blow for one of her own personal goals.

Just five out of the Cabinet's 23 full members are now women, after the PM failed to replace the outgoing Home Secretary with another woman.

A further four female ministers are allowed to attend Cabinet. 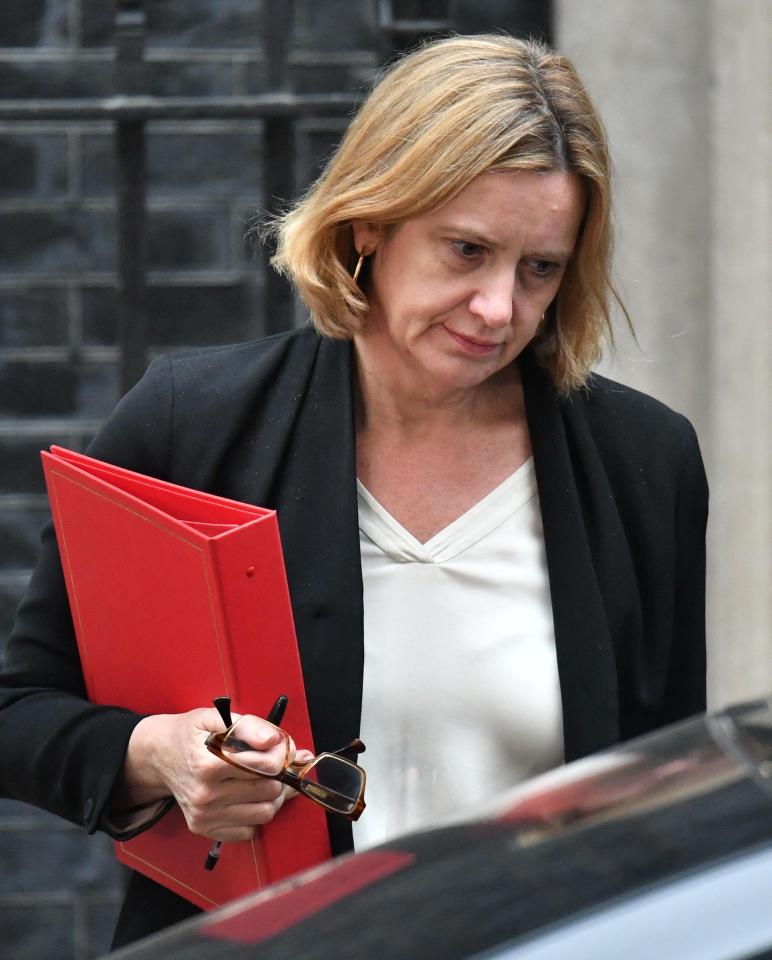 Development Secretary Penny Mordaunt took over Rudd’s Women and Equalities brief yesterday in addition to her aid responsibilities. Despite it being just day one on the job, Mr Javid was bombarded with calls from many quarters to reform the government’s creaking immigration policy.

He also inherits a huge in tray, from also drawing up tough new terrorism laws to conquering rising gun and knife crime, and devising a new post-Brexit immigration system for EU citizens. Yesterday MEPs gave the new Home Secretary one of his first headaches in office as they voiced concerns over the registration process for EU citizens.

In a letter to Mr Javid, the EU parliament’s Brexit negotiator Guy Verhofstadt laid out a series of demands for the settled status scheme.
These include setting up access points in public buildings where EU nationals can seek help with their applications and home visits for the elderly.

MEPs also want applications to be cleared within 48 hours, with those who don’t receive a response within that time presumed to have been successful.

Finally, in a sign of how low trust in the Home Office has sunk, the Parliament demanded to see evidence of how it will finance the scheme.
Mr Verhofstadt said: “In light of the Windrush scandal and given the large numbers of citizens affected, both the EU and the UK must work together to get this right.”

The letter follows a presentation by Home Office officials in Brussels last week at which it emerged their flagship registration app doesn’t work properly on iPhones.

SAJID Javid’s extraordinary rags to riches life story is one of the most exceptional the Conservative Party has ever seen.

Through hard graft and natural wit, he has gone from growing up on Britain’s most crime ridden street to the Home Office’s HQ on Marsham Street.

On Bristol’s notorious Stapleton Road, he shared a cramped two bedroom flat with his parents and FOUR brothers until the age of 12.

It was opposite a brothel, and a prostitute used to stand outside.

“I didn’t know what a prostitute was at the time,” Sajid told me during the 2015 general election campaign. “For me, it was home”.

Both parents were first generation Brits, immigrating from the Punjab in Pakistan – his father with just £1 in his pocket when he arrived.

Dad Abdul eventually escaped the Rochdale cotton mill to realise his ambition of becoming a bus driver, before achieving his next one of owning his own clothes shop with a family move down south to Bristol.

A childhood highlight for Sajid came twice a year when, as a special treat, the boys’ father would rent a VHS player for a weekend and leave them to binge on all the latest movies, until it went back to the shop on Monday.

From being able to speak only Punjabi when he first went to nursery aged three, Sajid won a place at Exeter University.

From there, he went into the City and made millions, becoming the youngest ever vice-president of Chase Manhattan Bank aged just 25.

All his success he attributes to his mum and dad.

The MP for Bromsgrove still lives by his father’s favourite mantra.

“You get back what you put in, my dad would often say,” he also told me.

It was the Falklands War two years on that “awoke my patriotism”, he said.

“I wouldn’t miss a single night of the TV news and I bought all the newspapers, I had to follow every turn.”

Sajid’s proud father saw his son elected to Parliament in 2010, but died of cancer a year later, and didn’t witness his elevation to the government as a junior Treasury minister in 2012, having caught the keen eye of then Chancellor George Osborne.

A father of three himself now, the 48-year-old appears far from finished yet.