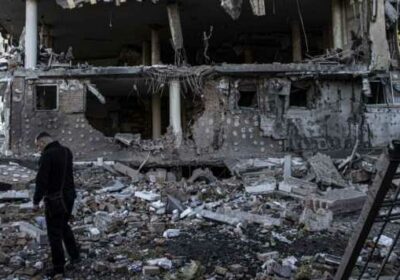 A 28-second clip appeared to show long queues of cars waiting to get back into Kharkiv some 196 days after Vladimir Putin’s troops invaded Ukraine. A mixture of cars, lorries and vans were all visible in the clip and all vehicles were ground to a halt.

Twitter user @vbobber1 said: “People are returning to Kharkiv, there is a traffic jam at the entrance. No Europe can replace our native city.”

However, @awererger added: “Many Kharkivers are returning to their city.

“Here is a traffic jam when driving into the city. 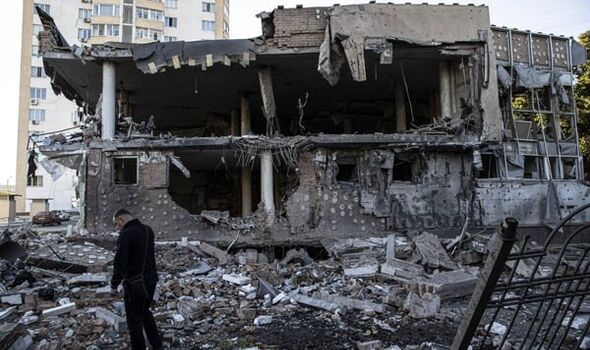 However, a recent intelligence update by the Ministry of Defence (MoD) revealed heavy fighting was still taking place on several fronts.

The MoD said yesterday: “Over the last 24 hours, heavy fighting has taken place on three fronts: in the north, near Kharkiv; in the east in the Donbas; and in the south in Kherson Oblast.

“Russia’s planned main effort is probably an advance on Bakhmut in the Donbas, but commanders face a dilemma of whether to deploy operational reserves to support this offensive, or to defend against continued Ukrainian advances in the south. 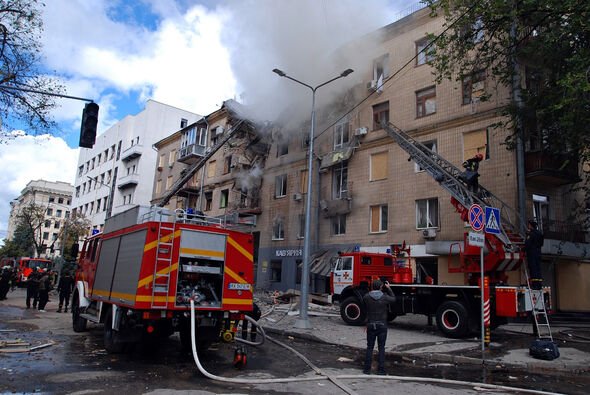 “Earlier in the war, Russia’s failure to do this was one of the underlying reasons for the military’s poor performance.”

It had been claimed Ukraine’s fightback in Kharkiv had caught Russia off-guard.

Anatoly Dremov, a Russian soldier, posted on social media a clip in which he said: “Leaving the national guard face to face with the Ukrainian armed forces is a complete failure.” 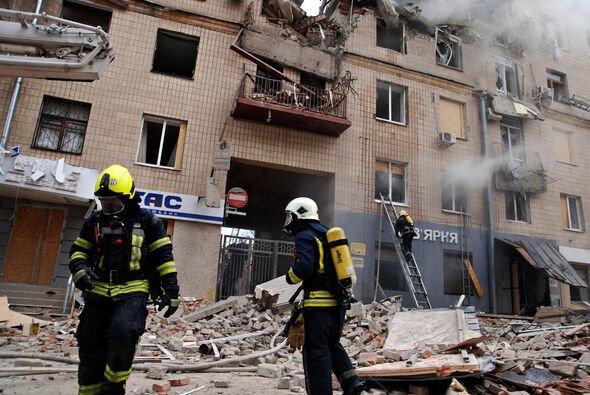 According to the Times, Artyom Bardin, the head of the city of Berdyansk on the Black Sea, was said to be in a grave condition after his car exploded on Tuesday.