Home » World News » Tragic gran weighed just 3.5 stone when she died after her benefits were slashed

Tragic gran weighed just 3.5 stone when she died after her benefits were slashed 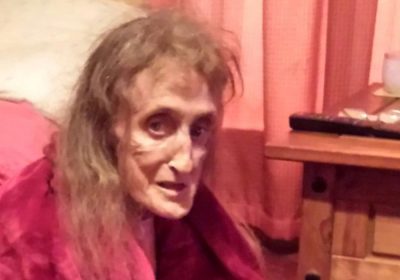 A Scottish gran weighed just 3.5 stone when she died of cancer after having her benefits cut.

Christine McCluskey, 61, from Dundee was extremely malnourished and had to be hooked up to a tube for 16 hours a day.

An assessment from a medical tribunal in 1986 found she was at least 80% disabled and a stroke in 2005 saw her health plummet further, the Daily Record reports.

But despite this, her benefits were cruelly slashed in 2018 to remove her £117.85 payments and mobility car.

Now, Christine's 43-year-old daughter Michelle has slammed the government for taking almost two years to reform the Special Rules for Terminal Illness and spoke of her mum’s pain.

She said: “In the beginning of 2018, her health deteriorated badly. Her weight was never that great – around the six stone mark. At the time of the assessment in May 2018 she weighed 5st 5lbs."

A month later, her mum was tragically diagnosed with cancer after tumours were found on both lungs.

Michelle told how Christine’s benefits were never reinstated and after waiting a month for a DWP response to her assessment, she applied for fast-track welfare payments for the dying.

But when the reply arrived in September 2018 – the same day Christine died – it told her the application had still not been approved.

“My life has been hell because I’ve never grieved for my mum,” Michelle said.

“They need to finish this review. How many more people need to die before they actually make this decision?”

Michelle took the case to tribunal five months after her mother's death, where a judge u-turned the decision and sent the payment.

But she says it’s "too little too late" and that the cash should have been given to help make the final days "a little easier.”

She continued: “It's wrong, it's so wrong and it affects many lives.”

“I never wanted to see horrible images of my mum put out.

“But I did it because people need to see what’s going on – otherwise change is not going to happen.”

DWP minister Justin Tomlinson said “The SRTI evaluation has been completed” and added that a separate Green Paper will go further, and look at removing “unnecessary assessments and reviews.”

The DWP said its condolences were with Christine's family, and PIP claims under the special rules are currently being dealt with in four working days.