‘I wish I could have saved her’: Tragic teenage aristocrat’s niece HERO DOUGLAS who found her dead in flat pays tribute to ‘beautiful, bright and cool aunt’ who was ‘like a sister to her’

Ling Ling was my aunt but she felt more like a sister. We were born just eight months apart, were in the same school year, and both loved music beyond anything else.

She was incredibly beautiful, bright and always seemed very sophisticated to me (who was a bit of a country girl).

I loved it when I went to London to stay with grandpa (Ling Ling’s father) and got to hang out with her. She’d whisk me off to Covent Garden or Camden, and we’d eat noodles and buy trinkets from stalls.

She was great company and knew everything. I was like a sponge learning about what bands were cool, what was fashionable and what was not. 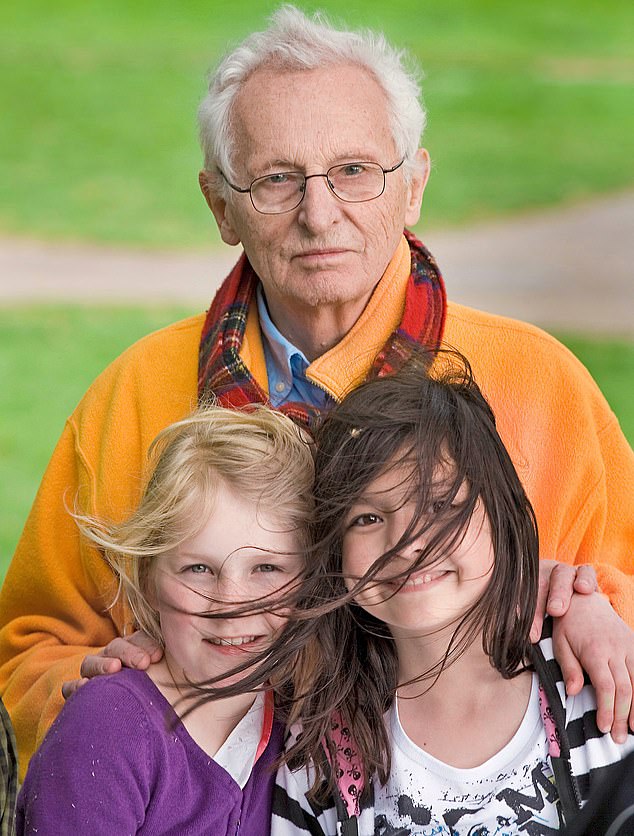 Hero Douglas (L) with her grandfather the 12th Marquess of Queensberry and his daughter – Hero’s aunt, though they are only eight months apart in age – Beth ‘Ling Ling’ Douglas

It feels inconceivable that she is no longer here, showing me the way. I am overwhelmed by grief and the knowledge that I’m leading the life that should be hers is almost too painful to bear.

How is it possible that I am at university and she is not? I would give it all up to have her back here with us.

I know my grandpa was an ‘older father’ but he was the most wonderful one and my mum always said it was lovely, as he had more time to be there for every swimming lesson, concert and parents’ evening. Ling Ling was absolutely loved, with two of the most devoted parents imaginable. 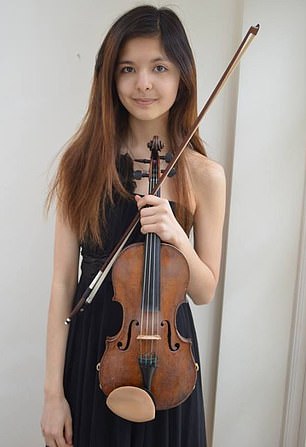 Hero remembers Beth (pictured) as a talented musician who joined the Royal Academy of Music’s Junior Department and gained grade eight distinctions in viola, violin and piano. Beth persuaded her parents to send her to the Purcell School of Music, but in the last years of her life she told her niece that she was no longer interested in music

She was my marker of what I should be achieving. I remember her reading the Harry Potter books and showing me a letter she had received from J. K. Rowling.

She excelled academically and went to Latymer, a selective grammar school where she was top of the class. She also joined the Royal Academy of Music’s Junior Department and gained grade eight distinctions in viola, violin and piano.

When I was 11, I went to Chetham’s School of Music, which was hard for Ling Ling as she was desperate to go to a specialist music school. Her parents were unsure because she showed such academic potential.

However, she was extremely persuasive and the following year she went to the Purcell School of Music.

Worryingly she’d recently become anorexic but it was managed well, and although everyone was concerned, I never thought that this was anything other than a blip.

I really wish I’d reached out to her more as she was showing a vulnerability that eventually led her into the wrong group of friends.

I remember that we were messaging each other after our maths GCSE. I was checking my answers and had clearly got one question completely wrong. But she was really gentle and sweet in reassuring me that everything would be all right.

It was uncanny how our lives mirrored each other as we’d both decided to leave music school and wanted to live at home again for the last few years before heading off to university.

She said something that really saddened me – ‘Music doesn’t interest me any more’ – and told me she was giving up. Music had been her whole life and I couldn’t understand why it no longer made her happy.

We had a falling out in the last year which led to her blocking me on social media. It was maybe inevitable because she was in a dark place but I wish more than anything that I’d been able to support her, or at least be there as a friend, when she needed me most. 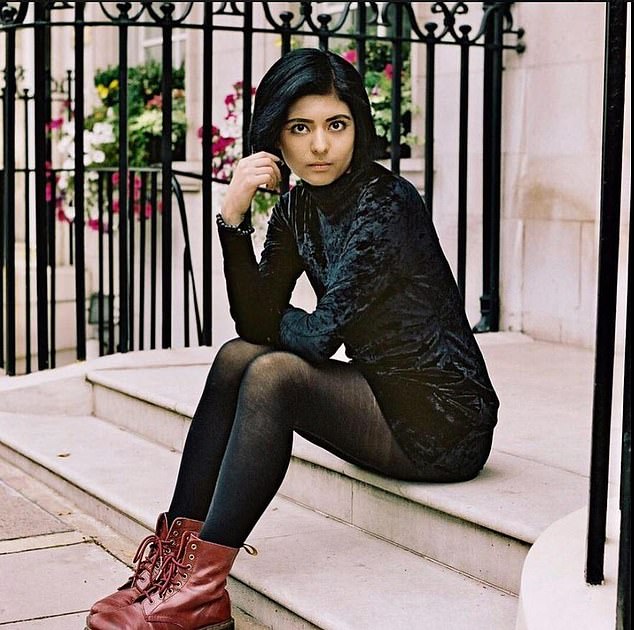 Lady Beth Douglas, who died in March at a flat party in Notting Hill, having taken heroin for the first time. The inquest recorded her cause of death as cardiac respiratory failure

Her mental health issues spiralled and she became unbearably unhappy and was sectioned for six months.

However, there is no consistency of care between child and adult services, and just a few weeks before she was 18 she was deemed OK and let out. Months later she was dead.

I am horrified that a girl who had never injected heroin before can die. No one trying heroin for the first time injects it themself – someone must have helped her. But the police don’t seem to care about finding out who that was.

The inquest recorded her cause of death as cardiac respiratory failure – her heart just gave up.

I try to remember her, not from this dark period, but as the wonderfully academically and musically brilliant girl that she was. I will always miss her.