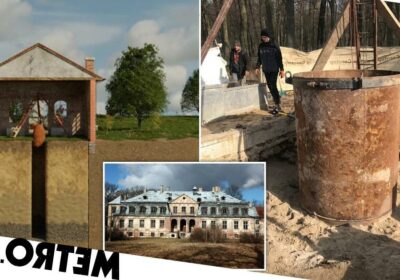 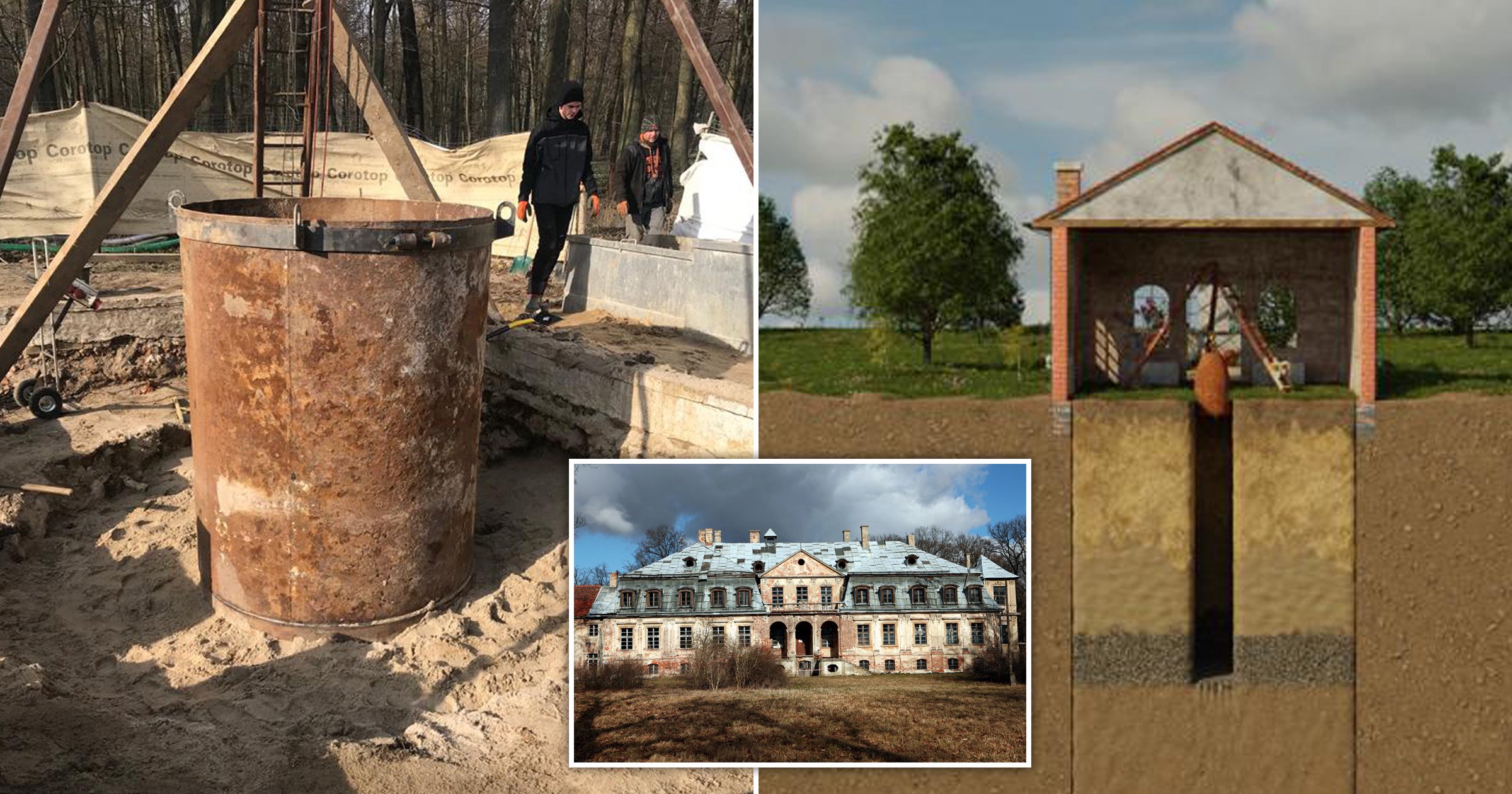 A team of treasure hunters believe they’ve found a huge stash of looted gold and valuables underneath a palace used as a brothel by Hitler’s SS.

They have uncovered a mysterious metal canister buried 10ft below the surface in the village of Minkowskie in southern Poland.

It is thought to contain the so-called ‘Gold of Breslau’, which went missing from police headquarters from what is now the Polish city of Wrocław.

The loot was stolen towards the end of the war under the orders of SS head Heinrich Himmler to help set up a Fourth Reich.

The four tonne stash is also thought to include jewellery and valuables from wealthy Germans who lived in the area.

Nazi henchmen were believed to have seized the treasure to stop Russia’s Red Army from taking it as they advanced.

The discovery at the 18th century palace was made by investigator Roman Furmaniak and his team, from the Silesian Bridge Foundation.

The team, who had been searching the site for a year, managed to find the stash’s location after getting hold of secret documents, a map, and a diary and letter from an SS officer.

Descendants of SS members, who belong to a secretive Christian lodge dating back over 1,000 years, provided the cache of clues in a bid to make amends for Nazi plundering.

Last year Mr Furmaniak said: ‘We are described everywhere as treasure hunters. In fact we want nothing for ourselves.

‘The goal of the Quedlinburg Lodge and therefore the foundation is to hand these deposits over to their rightful owners in the interests of world heritage and as an act of atonement for the Second World War.’

The discovery was made after a geo-radar search of an abandoned conservatory in the grounds showed ‘anomalies’ – as metal shows up on the images in a darker colour to earth.

Now the Silesian Bridge Foundation is waiting for permission to raise the canister to the surface, MailOnline reports.

It is feared the site could have been booby trapped, so the Polish army will have to make sure it is safe first, which could take months.

Among the collection of documents used by the team was a letter from a senior SS officer to his lover, who worked at the palace.

He wrote: ‘My dear Inge, I will fulfil my assignment, with God’s will. Some transports were successful. The remaining 48 heavy Reichsbank’s chests and all the family chests I hereby entrust to you.

‘Only you know where they are located. May God help you and help me, fulfil my assignment.’

It describes one cache as containing 47 high value artworks stolen from collections in France. The loot is thought to contain works by Botticelli, Rubens, Cezanne, Carravagio, Monet, Dürer, Rafael and Rembrandt.

‘He used to stay in the palace because he had a lover there. Due to its location it was often visited by high-ranking SS officers who treated it like a brothel,’ he added.

After Inge was entrusted to keep an eye on the hiding spot, Mr Furmaniak says she had to hide from the Russians in a forest for two months in 1945. But when she returned, the area had not been disturbed.

The foundation also hopes to search another 10 sites across Lower Silesia identified in pages of the SS officer’s diary, where even more treasure could be uncovered.

Another stash at the palace supposedly contains religious objects gathered by Himmler’s Ahnenerbe.

The Nazi Germany think tank raided sacred items from around the world in an attempt to find evidence for and justify Hitler’s racial theories.

When the war ended, the region was handed from Germany to a newly Soviet-controlled Poland.

The German population was kicked out, and Poles who had been living in western Ukraine settled there.

Inge ended up changing her appearance and identity and married a local man in order to keep a low profile. She continued to watch over the hidden treasure until her death 60 years later.