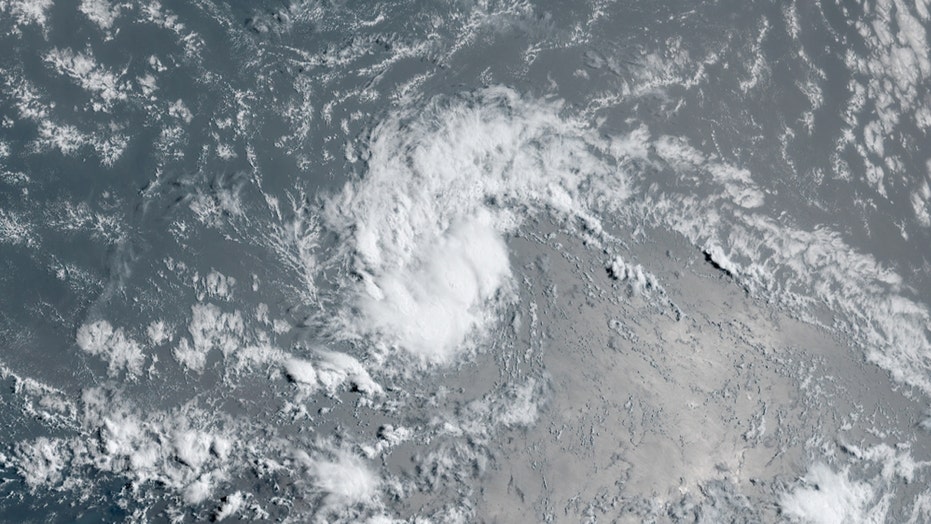 An area of disturbed weather is expected to become the next tropical storm on Wednesday, potentially setting another record for a busy 2020 Atlantic hurricane season.

The storm system is located about 1,405 miles east-southeast of the Northern Leeward Islands and is moving west at 15 mph.

"Gradual strengthening is forecast during the next 48 hours, and the depression is expected to become a tropical storm later today," the NHC said in its 5 a.m. EDT update. 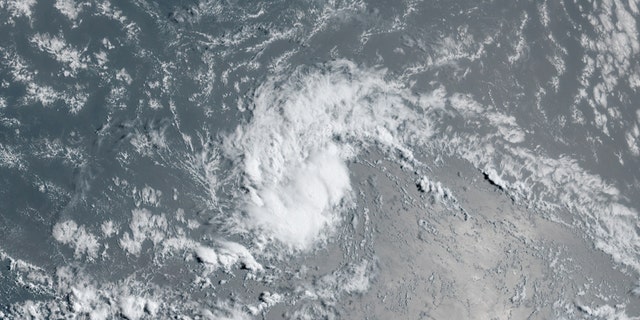 Tropical Depression 11 can be seen early Wednesday over the Atlantic. It is forecast to form into the next tropical storm.
(NOAA/GOES-East)

There are no coastal watches or warnings in effect, and the system is forecast to eventually move west-northwest through the rest of the week. 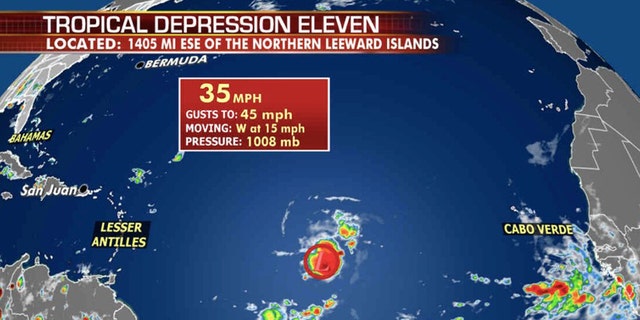 The location of Tropical Depression 11 on Wednesday morning.
(Fox News)

If the system does become a tropical storm, it would have the name "Josephine," and would be the 10th named storm of the 2020 Atlantic hurricane season.

It could also set a record for the earliest "J" named storm.

Current forecasts bring the tropical storm north of the Leeward Islands by the weekend.

2020 ATLANTIC HURRICANE SEASON HAS BROKEN RECORDS, NOAA NOW SAYS THERE MAY BE MORE STORMS THAN NAMES

The system is forecast to move just north of the Lesser Antilles and Puerto Rico Saturday and Sunday as a tropical storm. 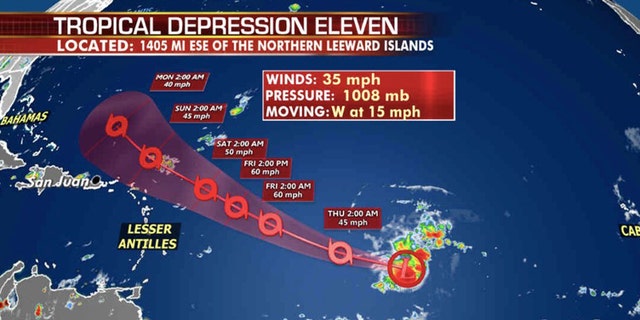 The forecast track of what is expected to be Tropical Storm Josephine.
(Fox News)

However, environmental conditions and direction do not indicate a threat to the United States.

This weekend the system will also encounter a less favorable environment and is forecast to weaken or possibly dissipate. 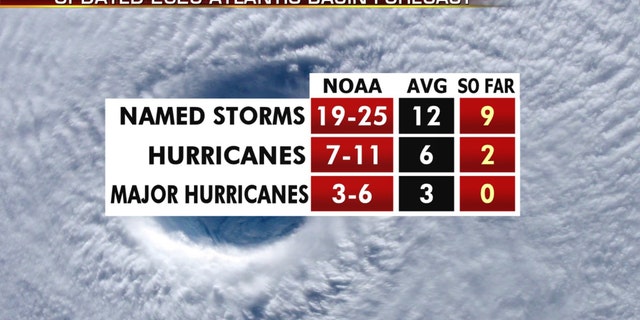 These numbers include the nine storms that have already formed, which were seven tropical storms and two hurricanes.

That's far above an average year. Based on 1981 to 2010 data, that is 12 named storms, six hurricanes, and three major hurricanes. 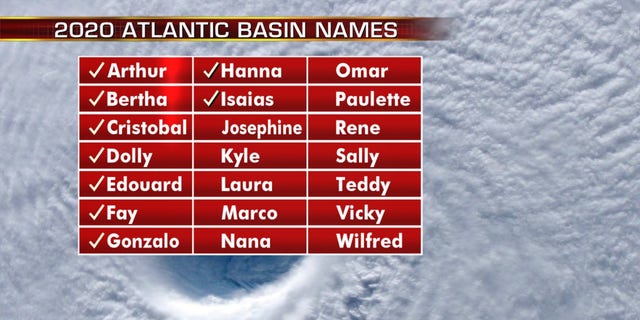 The names for the 2020 Atlantic hurricane season.
(Fox News)

This 2020 season has been active and record-breaking so far. The ninth named storm this season, Hurricane Isaias, made landfall near Ocean Isle Beach, N.C., last week after it broke the record for the earliest "I" storm in the Atlantic basin.