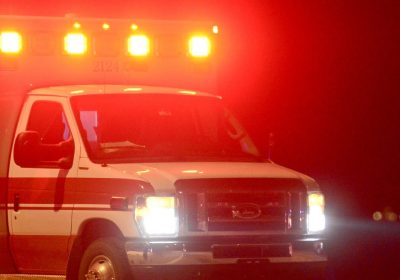 A semi-truck hauling a sand box reportedly hit a gas line in Weld County sparking a fire and the driver was taken to a hospital with injuries.

The incident happened at about 4:40 p.m. near the intersection of county roads 27 and 72, about halfway between Eaton and Severance, according to the sheriff’s office.

The driver, a 40-year-old man, was taken by a private vehicle to a hospital, according to the Colorado State Patrol. Further information on his injuries was not available.

There were no other injuries and the fire did not spread to any other equipment of structures, the CSP said.

Firefighters with the Eaton Fire Department had the fire just about out at about 6 p.m., the state patrol said. The two county roads near the incident were shut down because of the fire. The cause of the incident is under investigation.