THE WHITE House released a memo on Saturday noting that President Donald Trump is "no longer a transmission risk to others" and can discontinue isolation for COVID-19.

White House physician Sean Conley, who released the information with Trump's approval, said he will continue to monitor the president "as he returns to an active schedule." 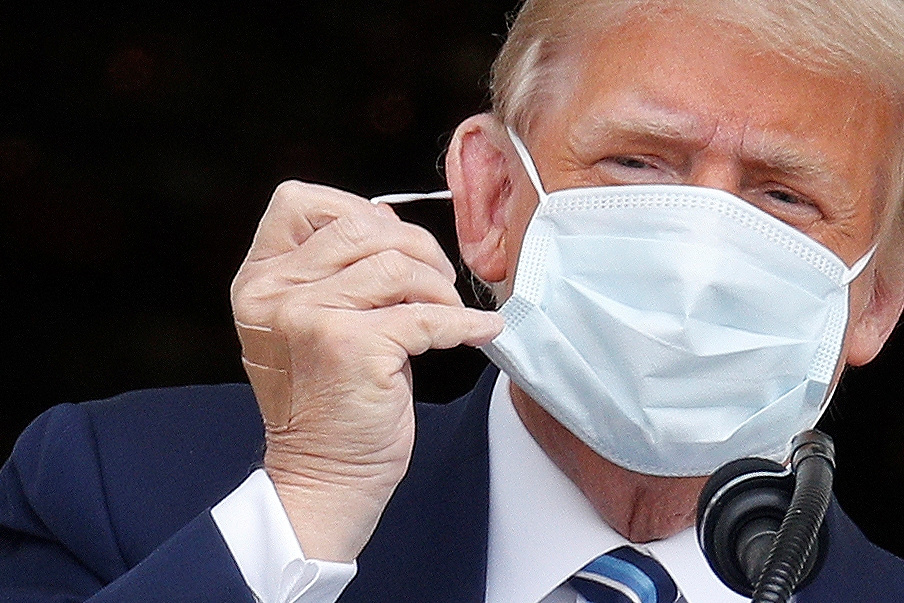 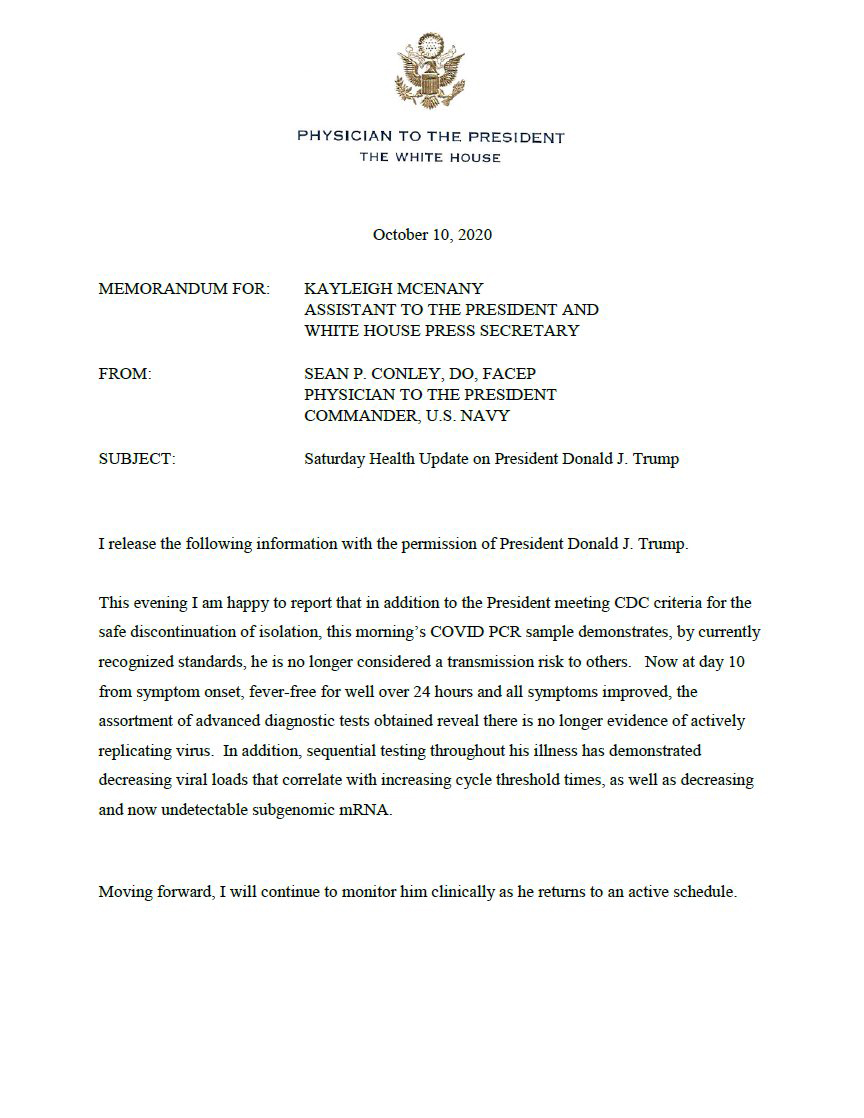 "This evening I am happy to report that in addition to the President meeting CDC criteria for the safe discontinuation of isolation, this morning's COVID PCR sample demonstrates, by currently recognized standards, he is no longer a transmission risk to others," Conley wrote.

He added: "Now at day 10 from symptom onset, fever-free for well-over 24 hours and all symptoms improved, the assortment of advanced diagnostic tests obtained reveal there is no longer evidence of actively replicating virus."

Conley wrote that subsequent testing of Trump from the onset of the virus show "decreased viral loads that correlate with increasing cycle threshold times, as well as decreasing and now undetectable subgenomic mRNA."

Just eight days ago, Conley explicitly wrote that Trump “tested positive for the SARS-CoV-2 virus” in his memo.

The wording in the new memo appears to indicate that Trump has now tested negative for the coronavirus without stating explicitly that is the case.

Conley last gave an update on Trump's health on Thursday when he said in a memo clearing the president to appear in public and stating that Trump had completed his course of therapy for the coronavirus and responded “extremely well” to treatment.

A White House spokeswoman on Friday said Trump would be tested for COVID-19 and would not go out in public if it was determined he could still spread the virus, Reuters reported.

Trump, who was discharged from Walter Reed Medical Center on Monday, delivered a comeback speech at the White House on Saturday in which he said he's "feeling great."

The president took off his mask and revealed two band-aids on his hand — a sign suggesting that Trump is still receiving intravenous medication, despite telling Fox News in an interview that he is "medication-free."

"I want to thank all of you for your prayers… In that hospital, I was watching down on so many people…" Trump said on Saturday.

He added: "Our nation is going to defeat this terrible China virus… and we're producing powerful therapies and drugs."