Home » World News » Trump laying groundwork for 2024 run and could go up against Ted Cruz, Tucker Carlson and Ivanka for Republican nom

Trump laying groundwork for 2024 run and could go up against Ted Cruz, Tucker Carlson and Ivanka for Republican nom DONALD Trump still refuses to concede defeat in the election – but is already said to be "laying the groundwork" to run again in 2024.

Several aides and close associates have hinted he will campaign to get back into the White House by claiming he was "robbed" of victory in 2020. 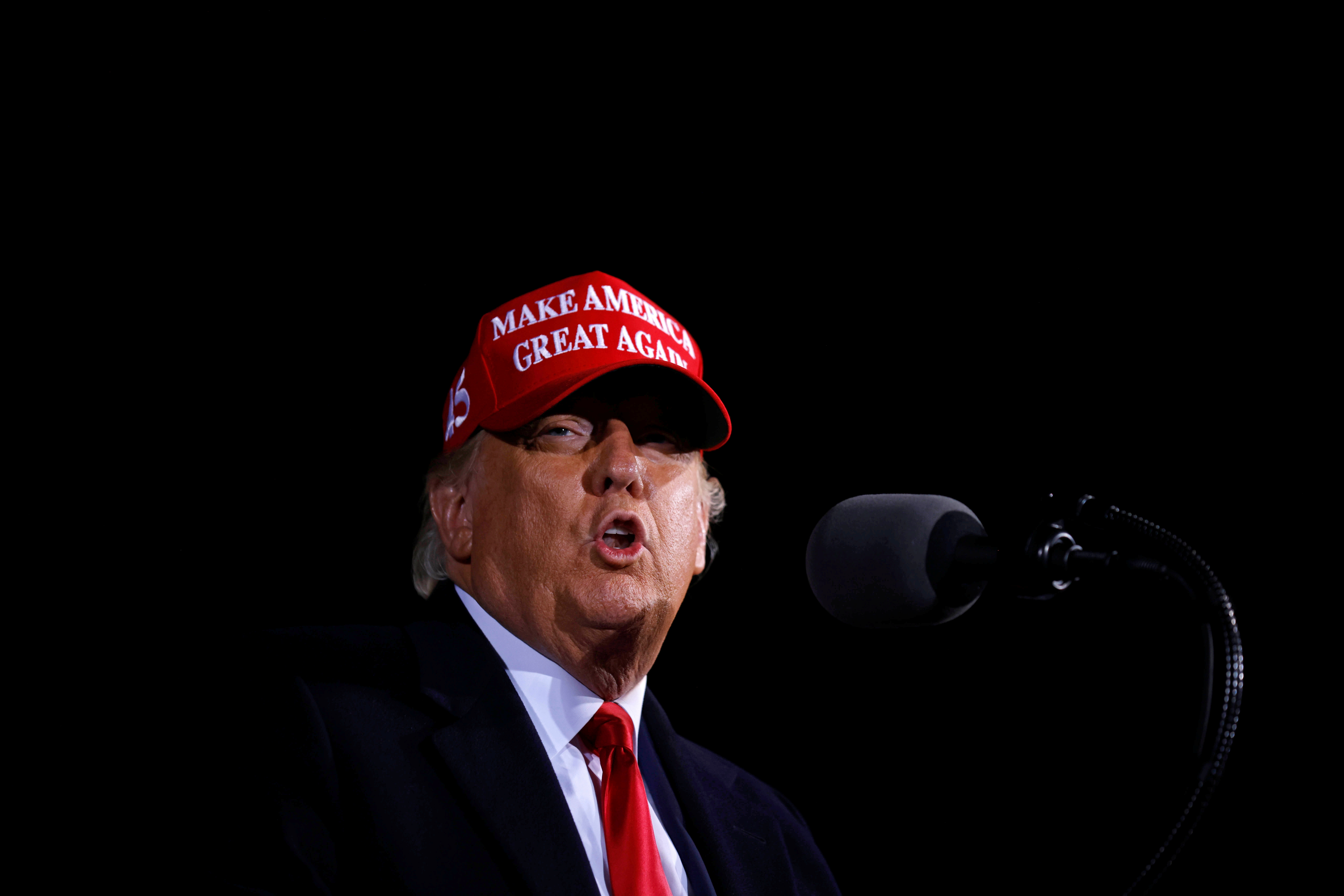 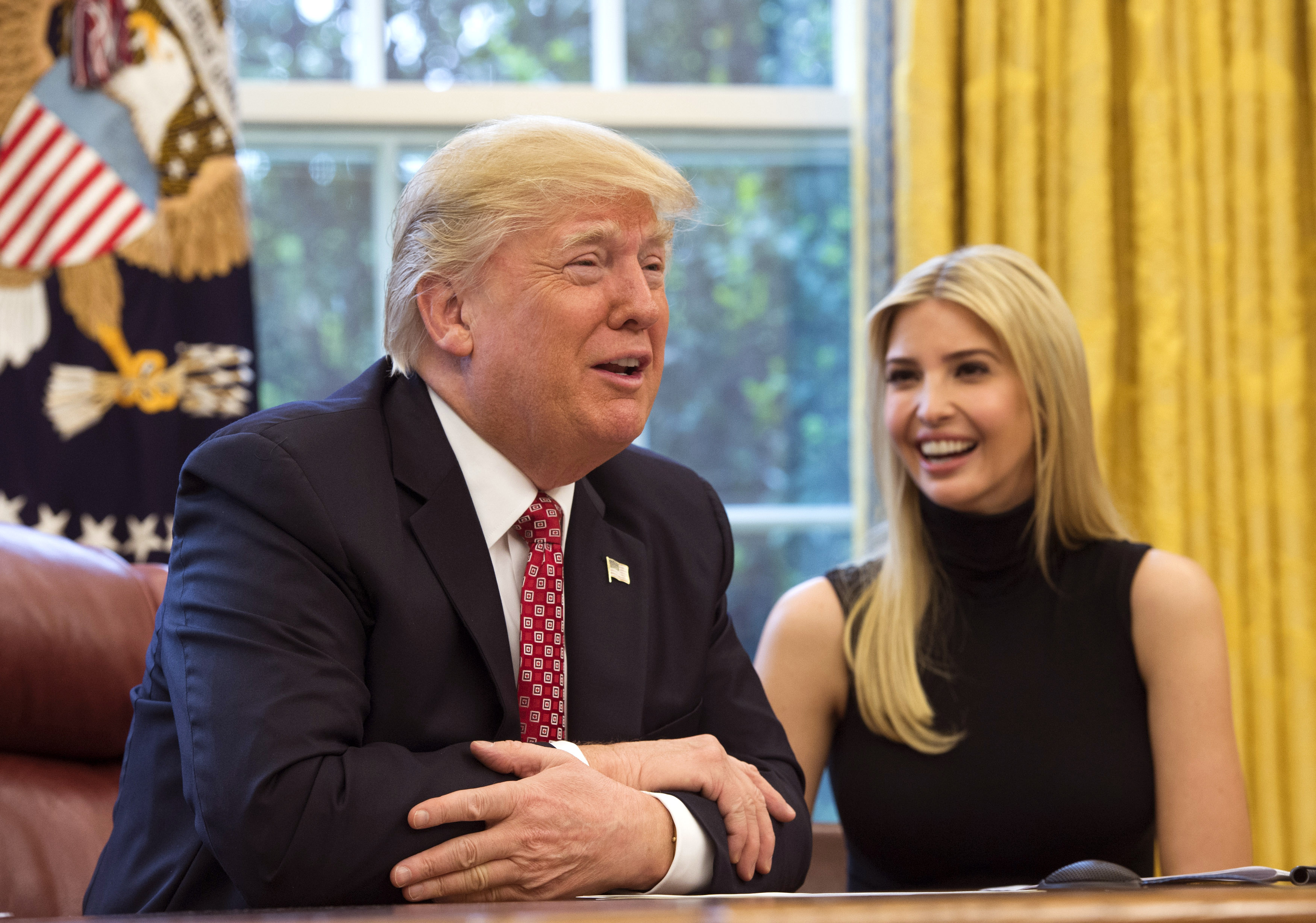 The US constitution allows a defeated one-term President to run again, as Grover Cleveland did successfully in 1892.

And supporters say no one in the Republican party as as well placed to fight the election in four years.

Trump – who will then be 78 – has claimed without evidence that he is the victim of a giant fraud and "if you count the legal votes, I easily won."

CNN analyst Chris Cillizza says this is a deliberate strategy to position himself as the default nominee in 2024.

Eldest son Donald Trump Jr lashed out at potential rivals on Twitter – and hinted heavily that his dad will run again.

He tweeted: "The total lack of action from virtually all of the '2024 GOP hopefuls' is pretty amazing.

"They have a perfect platform to show that they're willing & able to fight but they will cower to the media mob instead. Don't worry @realDonaldTrump will fight & they can watch as usual!"

'NO ONE CAN CHALLENGE HIM'

"After this election's over who is the leading Republican candidate for 2024?" he told the Institute for International and European Affairs thank tank before the result was declared.

"I think now, folks are starting to realize, wait a second, if Donald Trump loses he might be the guy, and I'm telling you, absolutely.

And Bryan Lanza, former communications director for Trumps transition team, said he can "make a strong case to run again."

He added on the Today program: "There's nobody in the Republican party that can challenge President Trump in the primaries."

If he decides not to run, Washington watchers predict the Trump family will try to build a dynasty headed by either Don Jr or his sister Ivanka.

Here are the contenders tipped for the 2024 Repubican nomination. 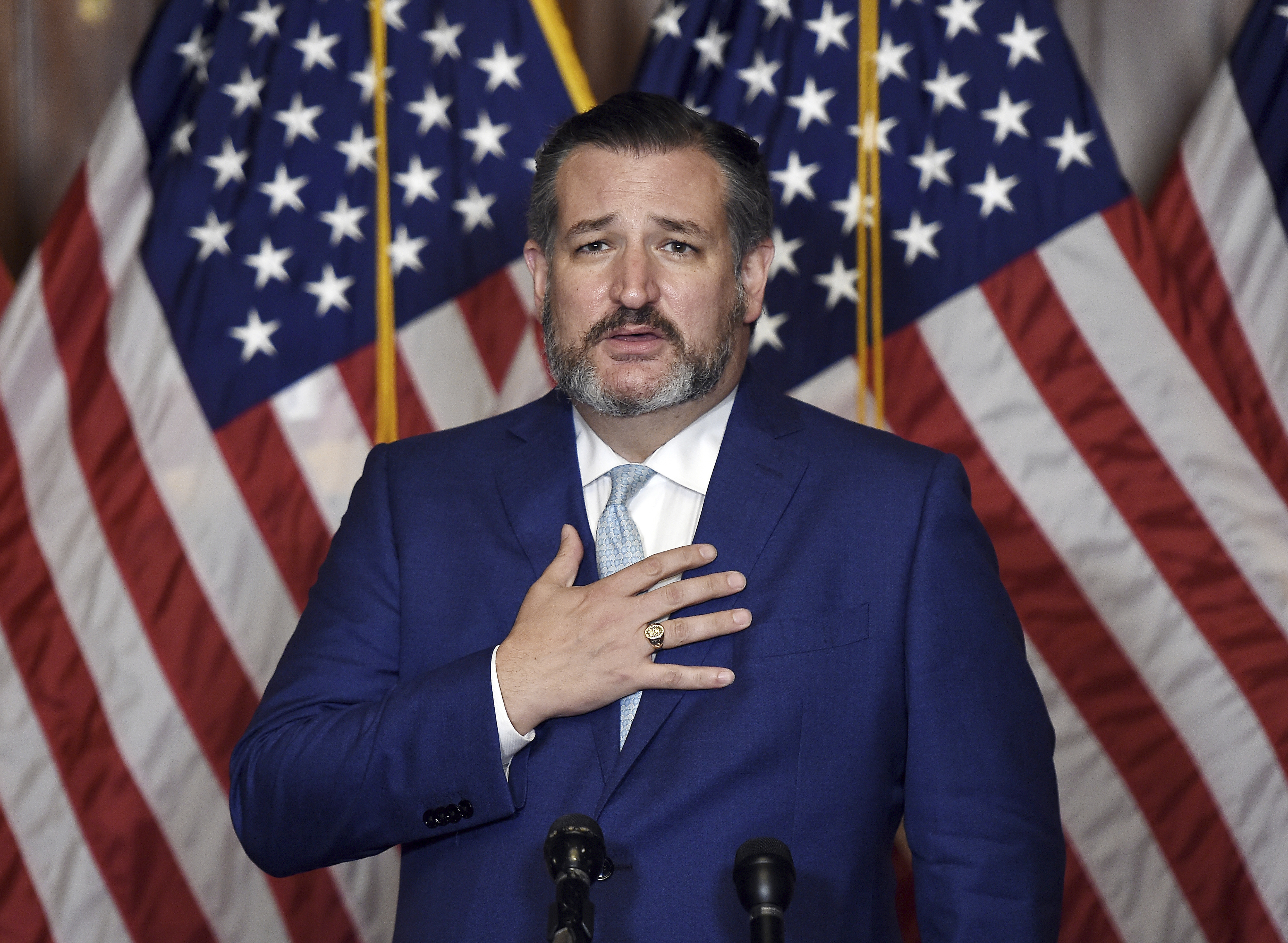 Texas senator Ted Cruz was runner-up to Trump in the 2016 primaries and won the Iowa caucus.

Though famously disliked by many in his own party, he has since worked hard on his image and is considered by some as candidate-in-waiting.

“I think Ted Cruz is the likely frontrunner and will be very difficult to beat in Iowa. He will be a formidable candidate,” GOP strategist Luke Thompson told The New York Post. 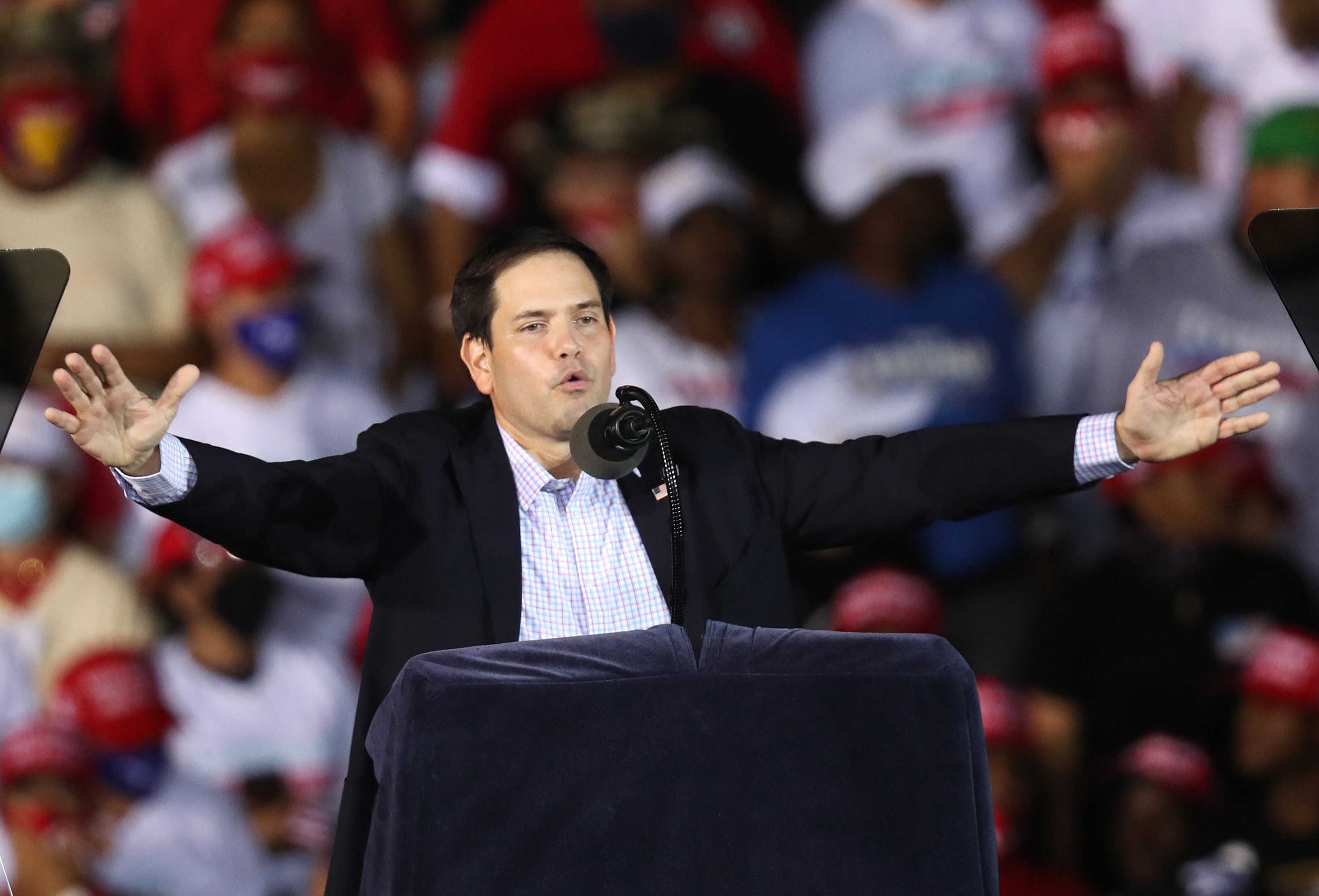 The ambitious Florida senator ran for nomination in 2016 but failed to gain traction against the Trump juggernaut.

He is tipped to be among those jockeying for position in the aftermath of defeat.

Asked if a 2024 bid was on his mind, he told CNN: "I ran for president once before, so clearly I'm not going to tell someone I'm not interested in running for president — I already ran for it once." 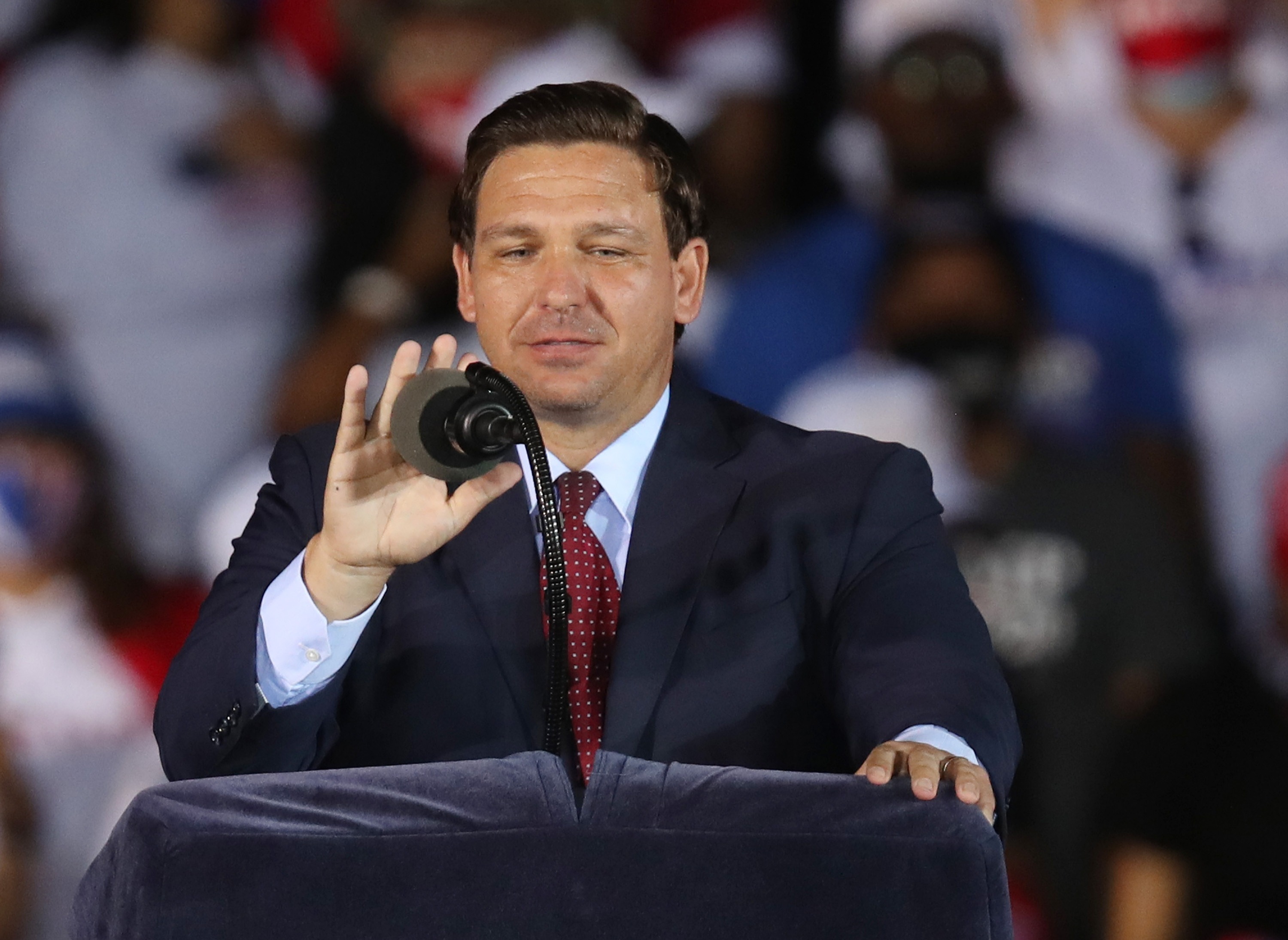 The governor of Florida has thrown his hat in the ring with Trump – helping him upset the polls to beat his Democratic opponent Andrew Gillum in 2018.

He has defied experts and liberals to aggressively reopen his state after Covid lockdown, with so far no large surge in infections.

That will play well with Trump's core voters who have been resistant to measures such as wearing masks.

Conservative guru Ann Coulter said: “With a population larger than New York state — and a lot older — under DeSantis, Florida had fewer deaths without destroying the economy.

“He prevented BLM protests from turning into destructive riots by vowing to bring felony charges for toppling statues or blocking traffic. He’s articulate, but not prissy, like [Mitt] Romney.” 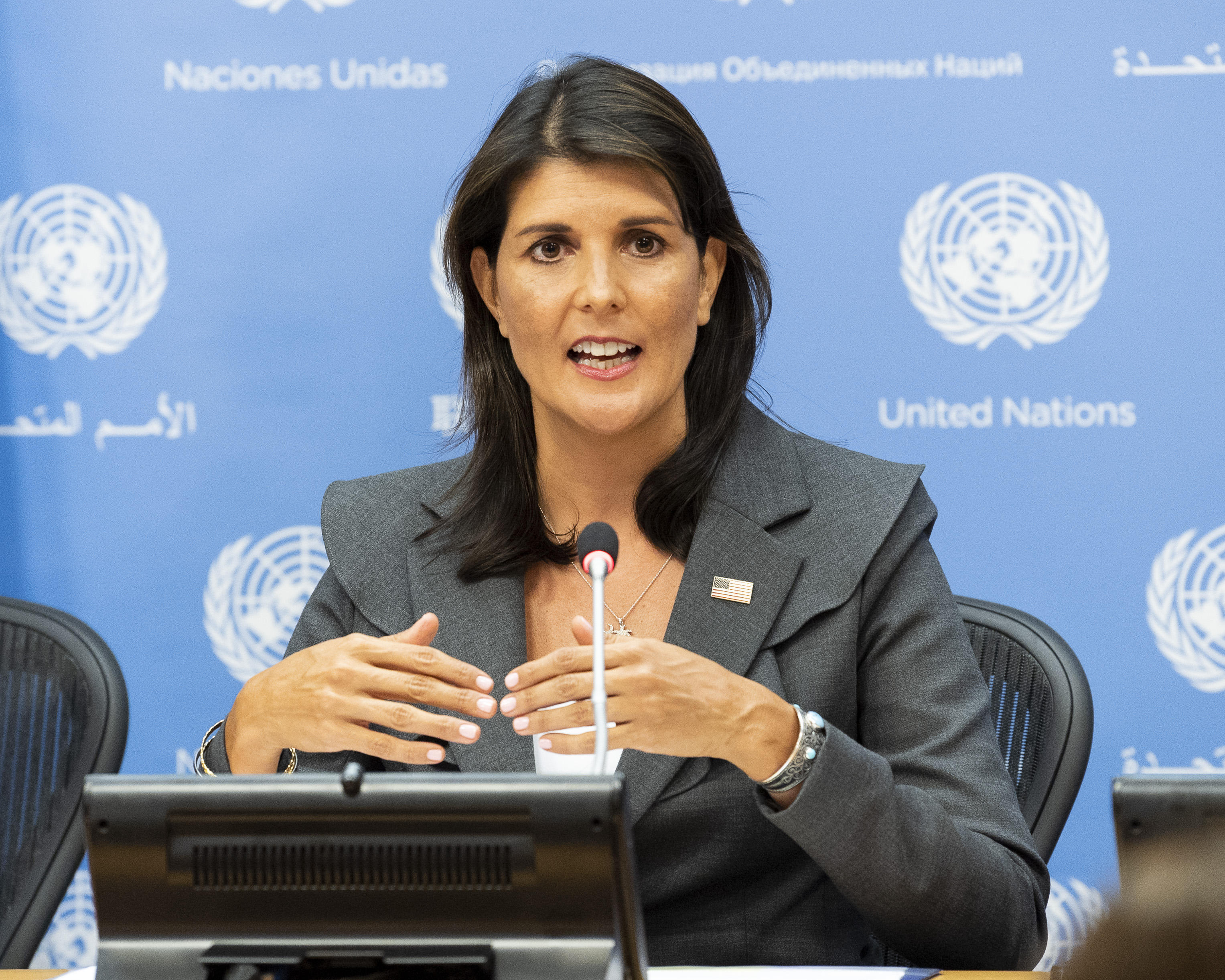 The former South Carolina governor and US ambassador to the United Nations has many admirers in Washington.

Some Republicans who dislike Trump’s isolationist policies hope she could rebuild trust in Nato and other alliances around the world.

She’s also a favorite of billionaire Republican mega-donor Ronald Lauder, who honored her last year with an award at the World Jewish Congress, where he serves as president.

Lauder praised her as “perhaps the most courageous woman in America today”, and rtold her: "You will not be able to rest because we expect even greater things from you.”

As a woman of color, a Haley nomination in 2024 would shatter many glass ceilings and negate arguments in favor of VP Kamala Harris – who could by then be running instead of octogenarian Joe Biden. 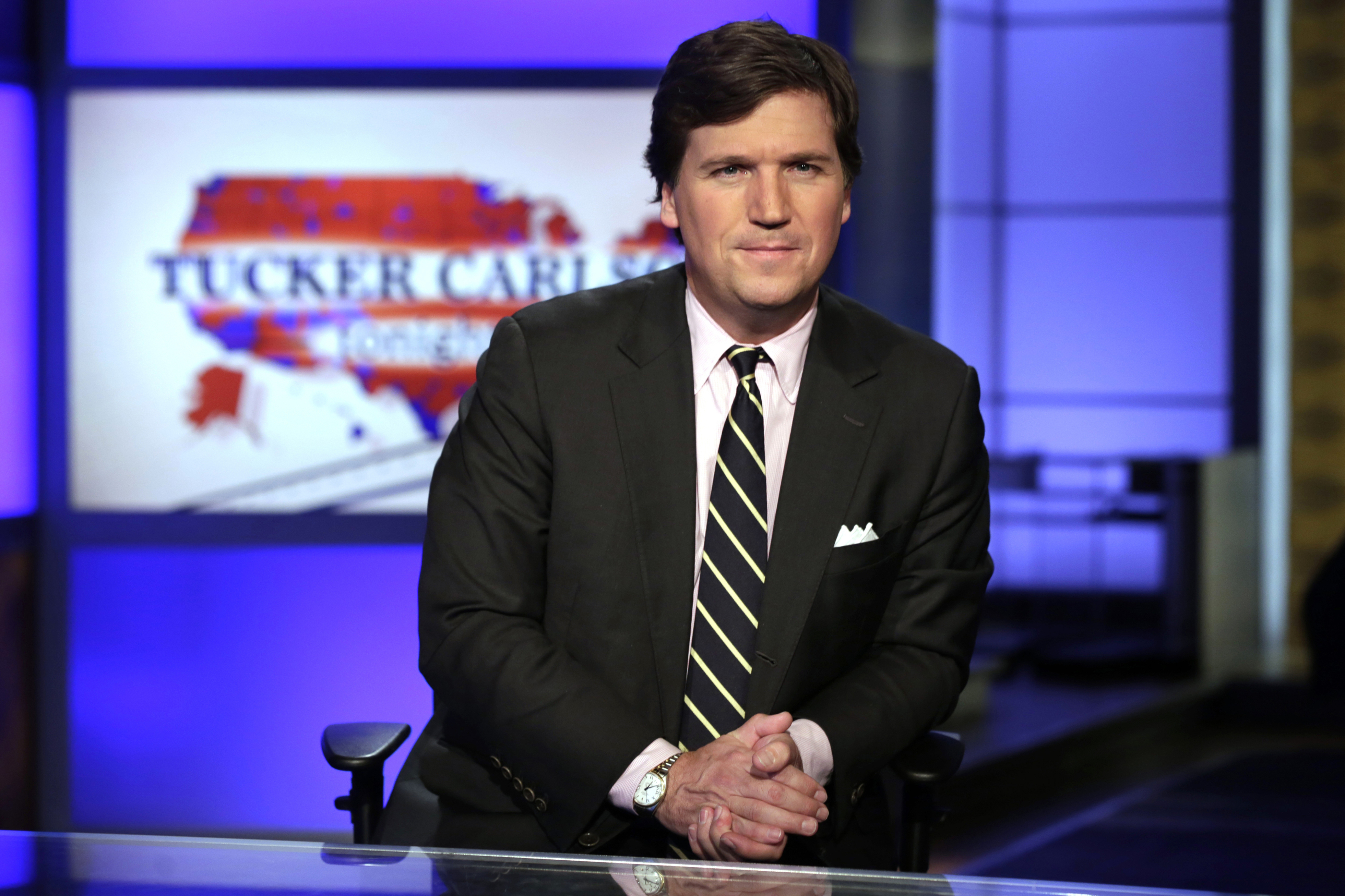 The outspoken Fox News personality is not a politician – but that did not stop the host of The Apprentice winning the nomination four tears ago.

His primetime show Tucker Carlson Tonight is the most watched on cable TV, giving him a huge platform to launch himself as the Trump continuity candidate.

Carlson is so influential in the Trump camp that March he went to Mar-a-Lago to give Trump a warning about the Covid-19 crisis. Days later the President declared a state of emergency.

Trump's enemies are said to view a Carlson candidacy with fear.

Last year The New York Times produced a whole column imagining a Carlson administration, even though he has not given any indication he would run.

Steve Schmidt, co-founder of the anti-Trump conservative think tank The Lincoln Project, reckons he would appeal to millions of voters.

He told MSNBC: "Look, we have almost 48 percent of this country that's voted for a statist, authoritarian movement with fascistic markers that's hostile to American democracy, to the rule of law — that venerates an individual, that's a cult of personality,.

"I think that Tucker Carlson is the frontrunner for the Republican nomination in 2024." 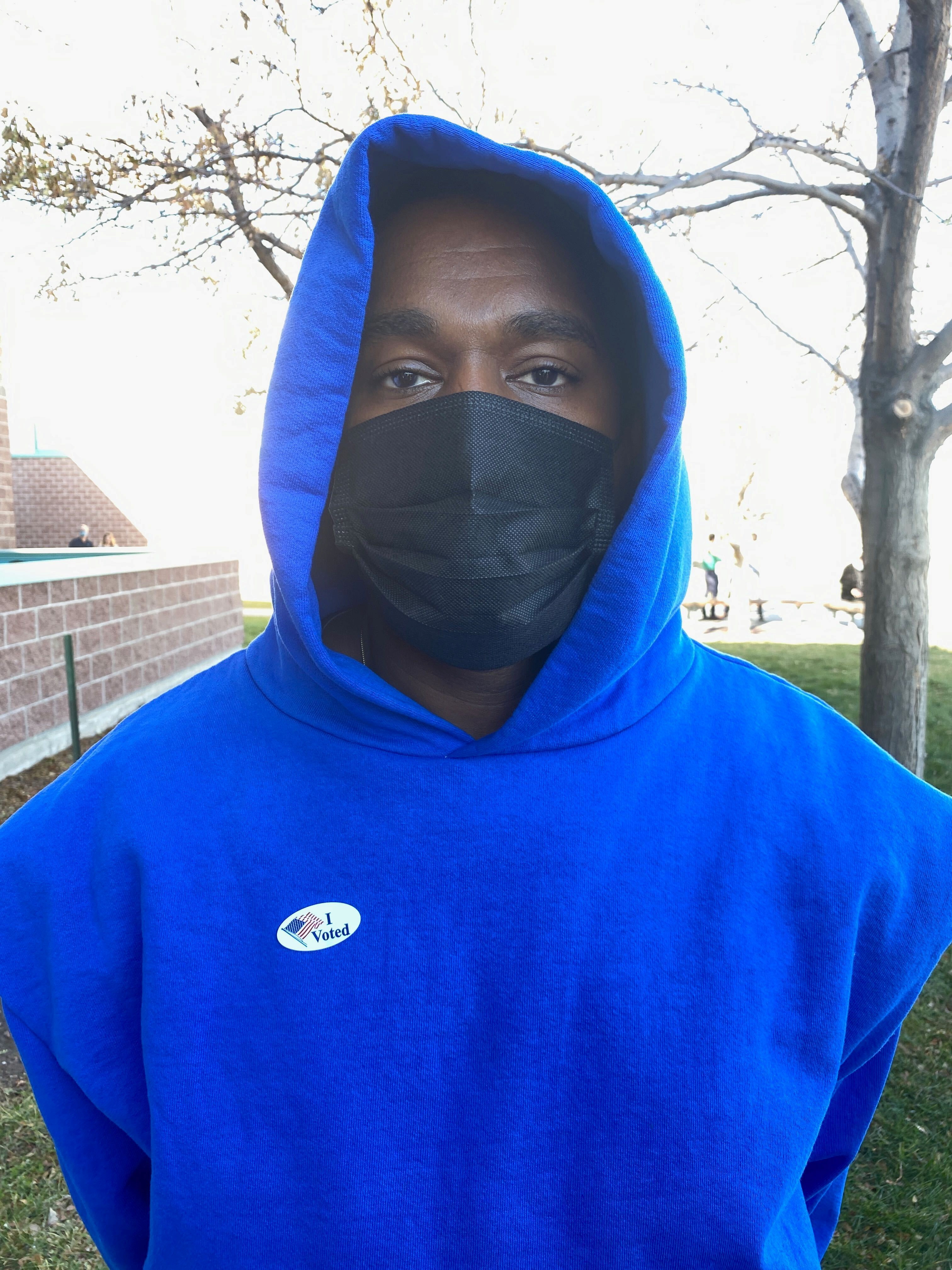 Kim Kardashian's rapper husband sparked consternation and even concern for his welfare after excitably voicing support for Donald Trump and wearing a MAGA hat.

He announced a 2024 election bid more than a year ago, when he told a New York audience that he was “not going to run, I'm going to walk.”

At the last minute he announced a 2020 campaign, but missed many state deadlines for registering as a candidate before he even began.

He garnered only 57,000 votes on Tuesday, but is not likely to let that knock his self-belief.

And given his celebrity power – with 31million Twitter followers and membership to the world's most famous reality TV family – he has an ideal platform to launch a campaign. 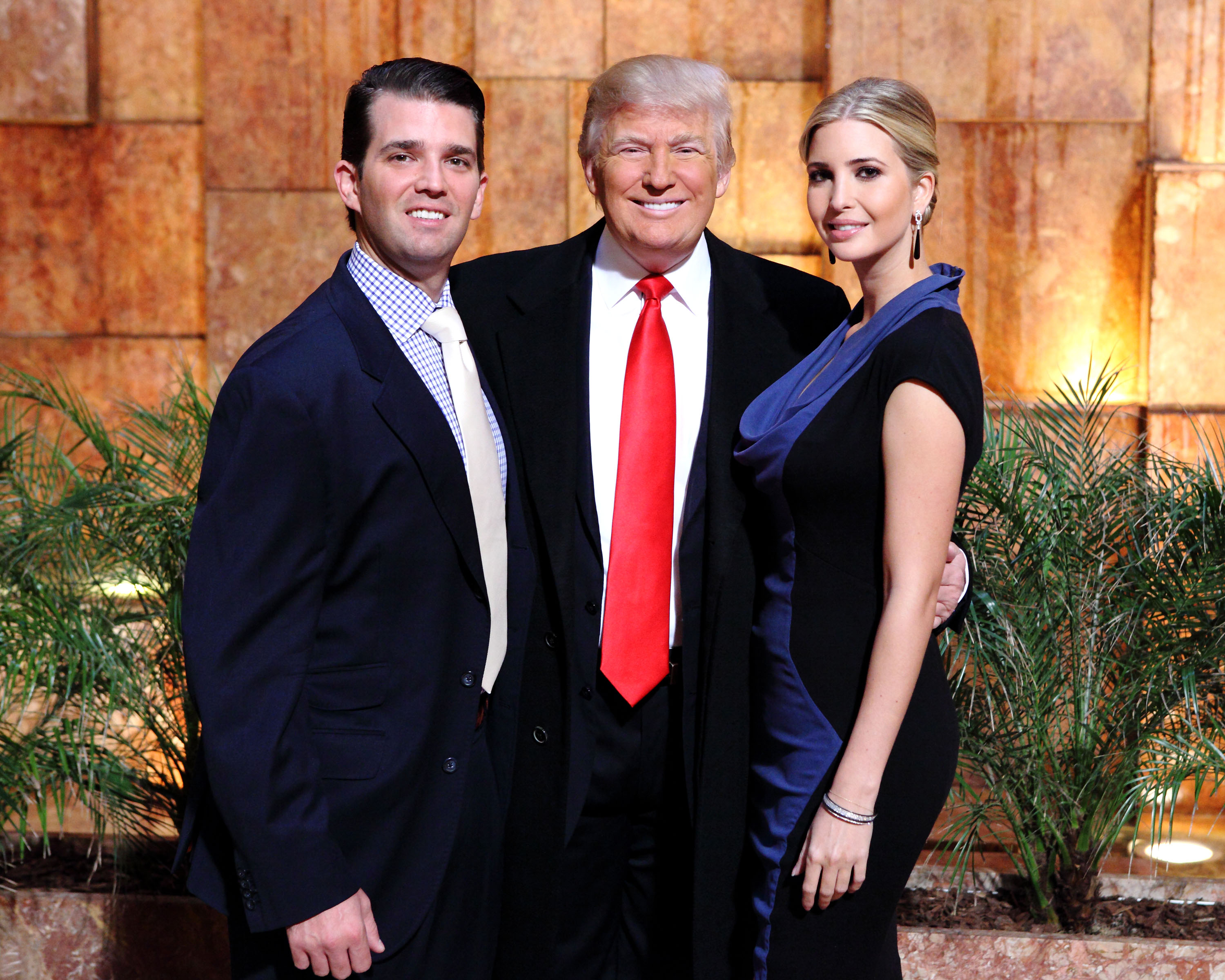 Trump's son and heir has long been his father's outrider on Twitter and on television, deployed to attack his critics.

He could be guaranteed to continue the same style of politics if chosen to be the Trump on the ticket in 2024.

Last month he even posed in front of a jokey "Don Jr 2024" banner announcing his campaign.

He wrote on Instagram: "Oh boy. This was a sign I saw up at the Fallon Nevada Livestock Auction. This will make the lib heads explode. To whomever made that thanks for the compliment… but let’s get through 2020 with a big win first!!!!"

The family might instead plump for Ivanka – long thought of as Trump's favorite.

She and husband Jared Kuchner are both senior advisers in the White House and have been at the heart of everything her father has done for the past four years.

He also warned that Kamala Harris, frontrunner to succeed Biden, “will not be the first woman president.”

However Trump went on to say his daughter would rather “be at home with the kids” than “out working” on his behalf.

She herself has kept quiet about her ambitions, insisting she is focused on supporting her father.