Home » World News » Turkish woman declared the tallest in the world stands at astonishing 7ft 0.7in

Turkish woman declared the tallest in the world stands at astonishing 7ft 0.7in 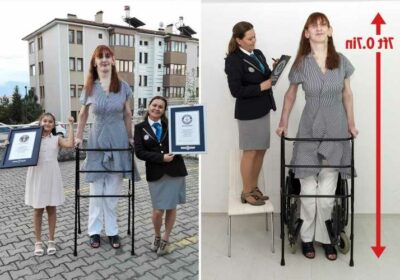 THE tallest woman alive towers over a Guinness World Records official who has to stand on a chair to confirm her 7ft 0.7in height.

Rumeysa Gelgi, 24, said she hopes to use her lofty status to inspire others to accept themselves. 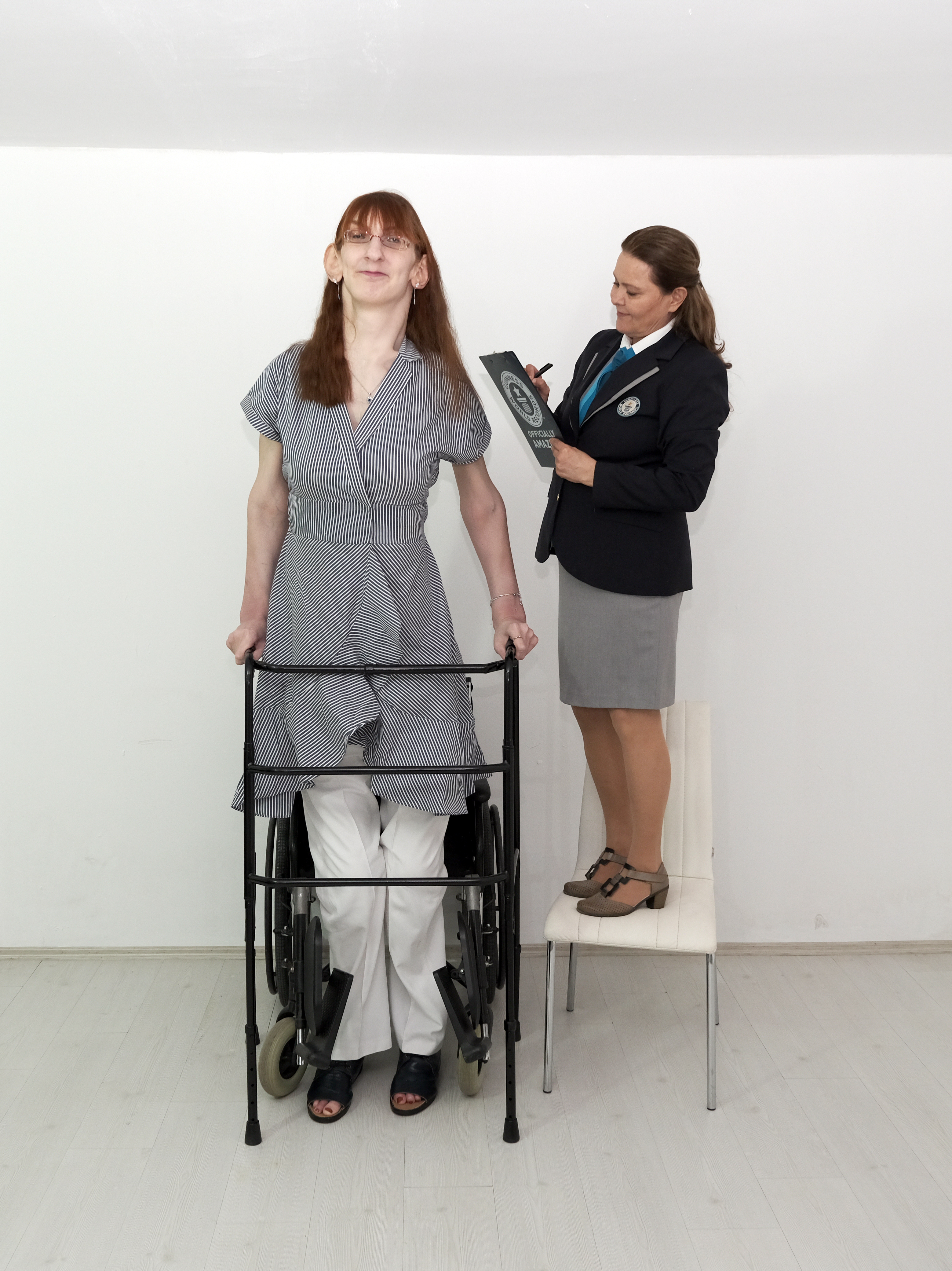 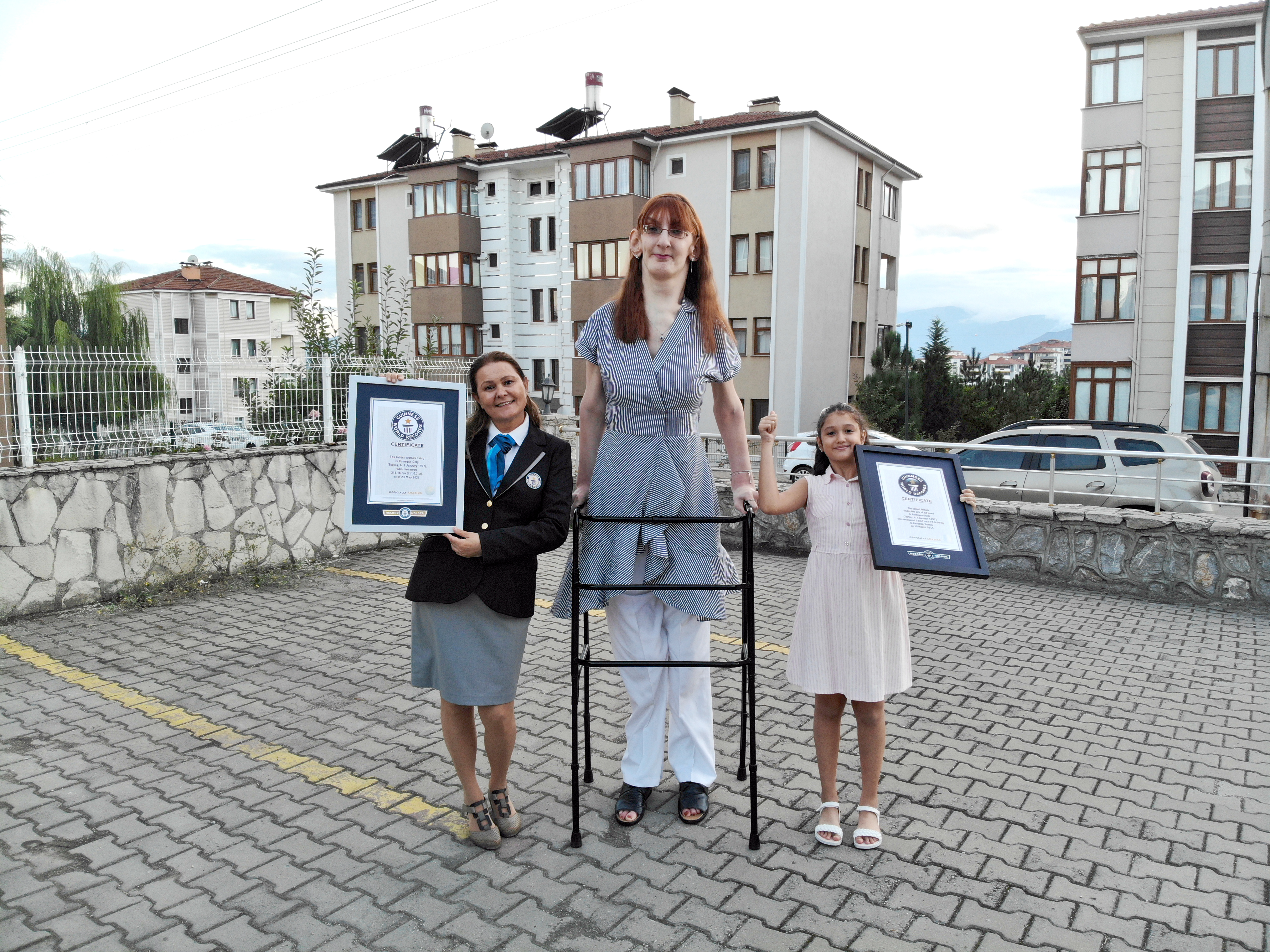 Her height is the result of a condition called Weaver syndrome, which causes accelerated growth.

She mostly uses a wheelchair although she can walk with the help of a walking frame.

Rumeysa, from Turkey, said: “Every disadvantage can be turned into an advantage for yourself so accept yourself for who you are, be aware of your potential and do your best.”

It is her second world record after being named tallest teenager alive in 2014.

Craig Glenday, editor in chief at Guinness World Records, said: "The category of tallest living woman is not one that changes hands very often, so I'm excited to share this news with the world."

The tallest woman to have lived was Zeng Jinlian, from China, who was measured at 8ft 1in before her death in 1982. 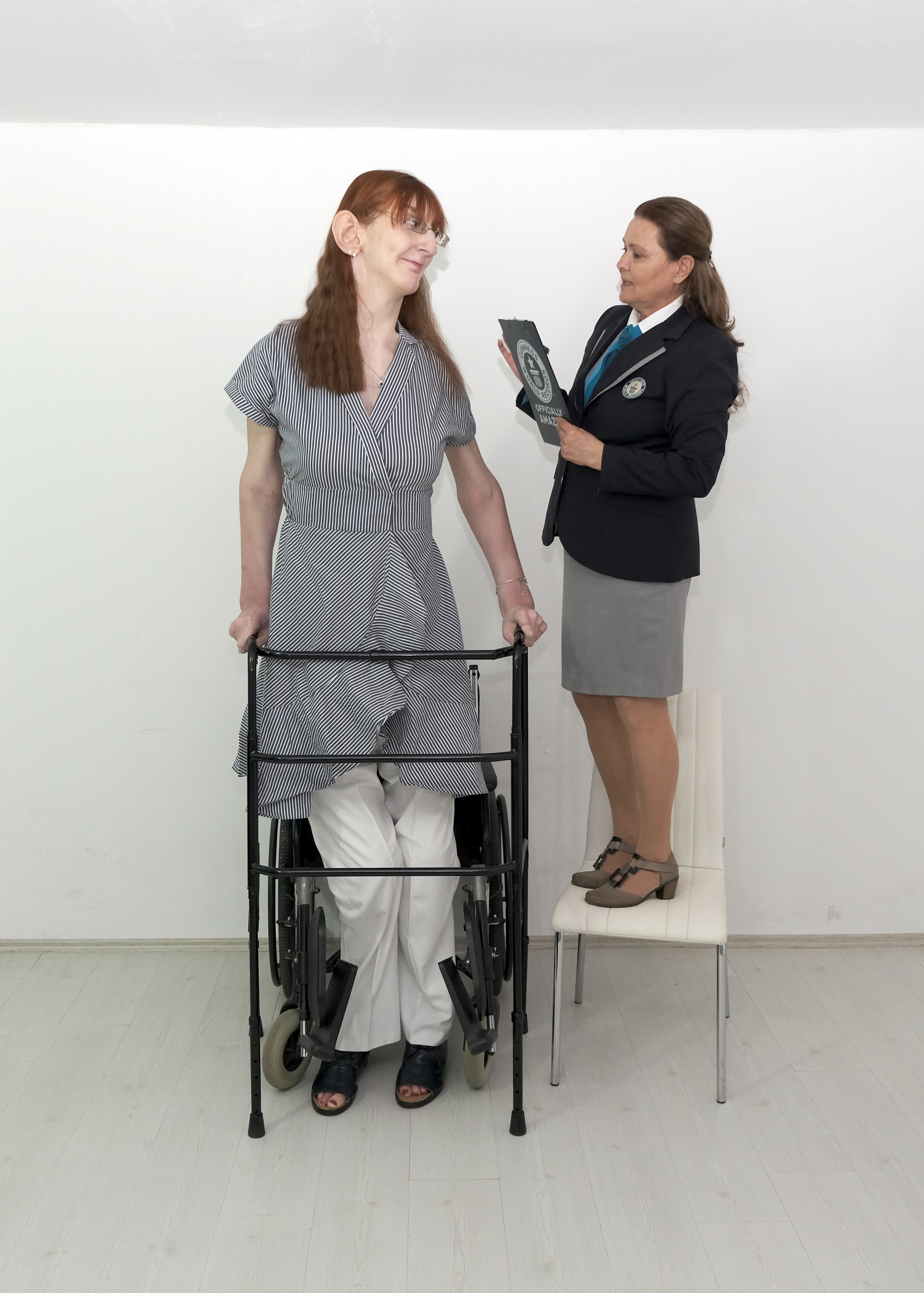 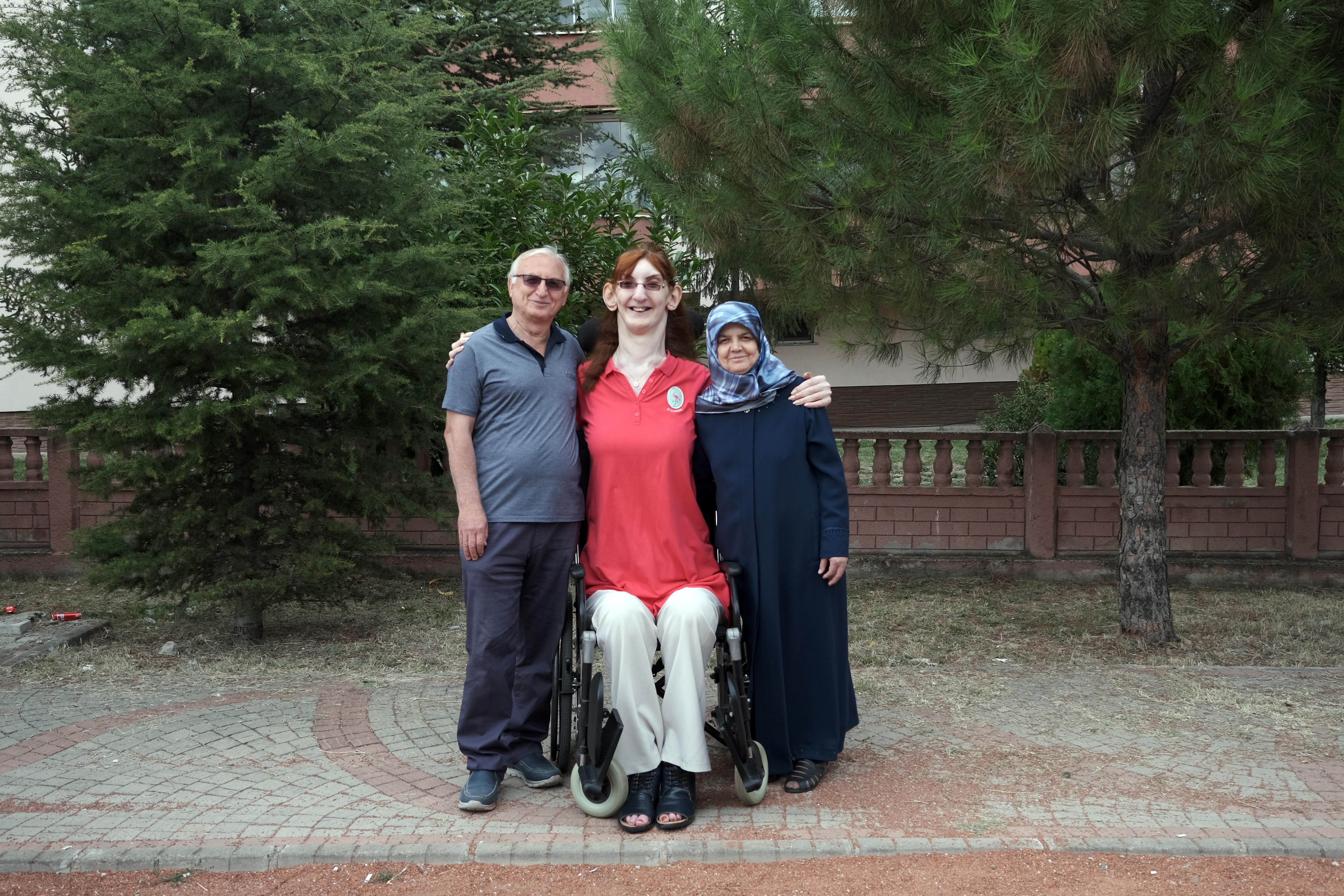