Home » World News » Two wins in a week for Albanese: first the election, then the Bunnies 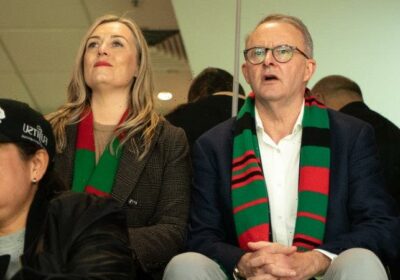 Albanese arrived a few minutes after the game against the Wests Tigers began and sat towards the back of the members’ lounge at Accor Stadium with his partner Jodie Haydon. 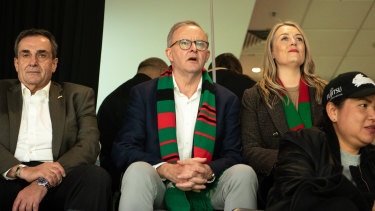 Both Albanese and Haydon were wearing Rabbitohs scarves and were seated next to former South Sydney captain Mario Fenech.

The life-long supporter was able to cheer on Souths to a thrilling second-half comeback that saw them beat the Tigers 44-18.

Albanese’s relationship with the club emerged as an asset during the campaign. It helped him secure fellow fan and Hollywood star Russell Crowe to be a celebrity cameo voice-over for a slick campaign advertisement.

It was a sporty day for the new Prime Minister. Earlier on Saturday, he was seen playing tennis in Marrickville, which he said he wants to keep doing during his prime ministership. 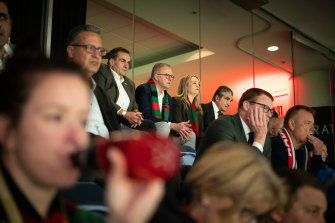 “[I’m] pleased to report that Marrickville won six sets to two which gives us eight points on the competition table. It’s a good bit of fun,” he said.

“I do hope to keep playing. Obviously, my timetable is difficult, but I want to keep it real. I want to continue to engage with real people. At Marrickville I’m just Albo at the tennis club.”

Albanese was playing against Royal Sydney, a club that he automatically became a member of when he was elected last week.

“I’m now a member of Royal Sydney as well because every prime minister gets automatic membership, which is probably the only way I was gonna get into it.” 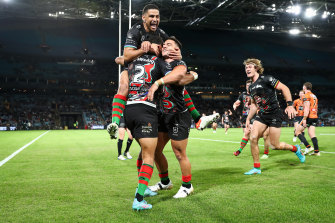 Albanese said he was still getting used to photographers following him around.

“It’s unusual to turn up to just play a bit of a not-all-that-serious tennis competition and have snappers taking the photo, which is what occurred today [but] I will turn up when I can.

“The great thing about tennis … [is] you can’t think about other things like what’s going on in the world or climate change or the decision-making processes you’ve got to do, so I’ve gone for my mental health. It’s a pretty useful use of my time.”