Home » Txakolina, a Simple Pleasure With a Deep Sense of Place

Txakolina, a Simple Pleasure With a Deep Sense of Place 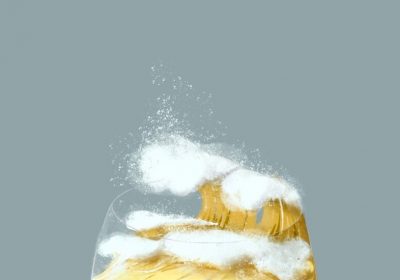 To understand the path of wine in the 21st century, consider a bottle of Txakolina.

Twenty years ago, Txakolina was virtually unknown outside Spanish Basque Country, where it was the go-to wine with just about anything consumed at a table. Even in the rest of Spain, it was hard to find.

Now, people all over the world have a passing familiarity with this often mildly effervescent wine, even if they don’t know how to pronounce it (chock-oh-LEE-nah).

Here at Wine School, where we have been exploring Txakolina over the last month, readers in Japan, Britain, Brazil, Italy, Switzerland and all over the United States weighed in with fond memories of a fizzy wine they once tasted in Basque Country and were delighted to be able to find closer to their homes.

This wine evolution, from local to global, has been repeated endlessly in the first part of this century. Whether grüner veltliner, assyrtiko, Jura or Etna, just to name a few examples beyond Txakolina, these wines have traveled a similar route to worldwide popularity.

By popularity, I don’t mean volume of sales. None of these wines will ever compete with brands that are produced by the millions of bottles each year. They are not mass-market. Nor will they ever achieve the status of a chardonnay or pinot noir, popular grapes that become generic synonyms for a glass of white or red.

Instead, wines like Txakolina are embraced by smaller groups of discriminating enthusiasts around the world, people who love wine and are curious enough to explore wines made from unfamiliar grapes or from little-known regions.

It doesn’t get much more unfamiliar than Getariako Txakolina, the Basque rendering of the appellation centered on the town of Getaria. The wine is sometimes called Txakoli, or written in Castilian as Chacolí.

What’s more, the principal grape for Getariako Txakolina, one of three Txakolina appellations, is hondarribi zuri, a white grape so mystifying that ampelographers cannot agree on its identity. “Wine Grapes,” the authoritative guide by Jancis Robinson, Julia Harding and José Vouillamoz, asserts that hondarribi zuri can actually mean one of three different grapes: courbu blanc, crouchen or noah, an obscure hybrid.

Hondarribi beltza, the local red grape, has no such issues with its lineage.

Such a wine does not catch on easily. Word of mouth has certainly contributed to a rising awareness, through sommeliers, retail shops and wine publications that have exalted little-known wines like Txakolina. But for an obscure wine to gain traction in the United States, it often requires a tireless importer, too, willing to do the brick-by-brick work necessary to create a market.

André Tamers of De Maison Selections in Chapel Hill, N.C., was not the first American importer to work with Txakolina. But he was the most energetic. In the early 2000s, he detected a need in the market for a wine like Txakolina and worked to introduce Americans to these wines. “They’re simple, they’re fresh, they’re easy, and I think that people are starved for something like that,” Mr. Tamers told me in 2010.

Current sales of Mr. Tamers’s brands — he now imports the wines of four producers — are four-and-a-half times what they were in 2010.

“It has never been as popular as today throughout the United States,” he told me in May.

The first thing to know is that these are ocean wines. It’s tempting to lump in Txakolina with relaxed, summery seaside wines from the south of France, Italy or Greece. But these are different, with little of the casual geniality that might characterize the wines of the Mediterranean.

They come instead from the vicinity of the chilly, wind-swept Atlantic. Many of the grapes are grown practically within viewing distance of the Bay of Biscay, from which a breeze blows steadily, offering a kind of natural ventilation that helps prevent disease and mildew in a humid, rainy climate.

What to Cook This Week

Sam Sifton has menu suggestions for the week. There are thousands of ideas for what to cook waiting for you on New York Times Cooking.