HONG KONG (Reuters) – Beijing’s top representative office in Hong Kong said on Saturday that sanctions imposed by Washington on senior Hong Kong and Chinese officials were “clowning actions” that would not frighten or intimidate Chinese people. 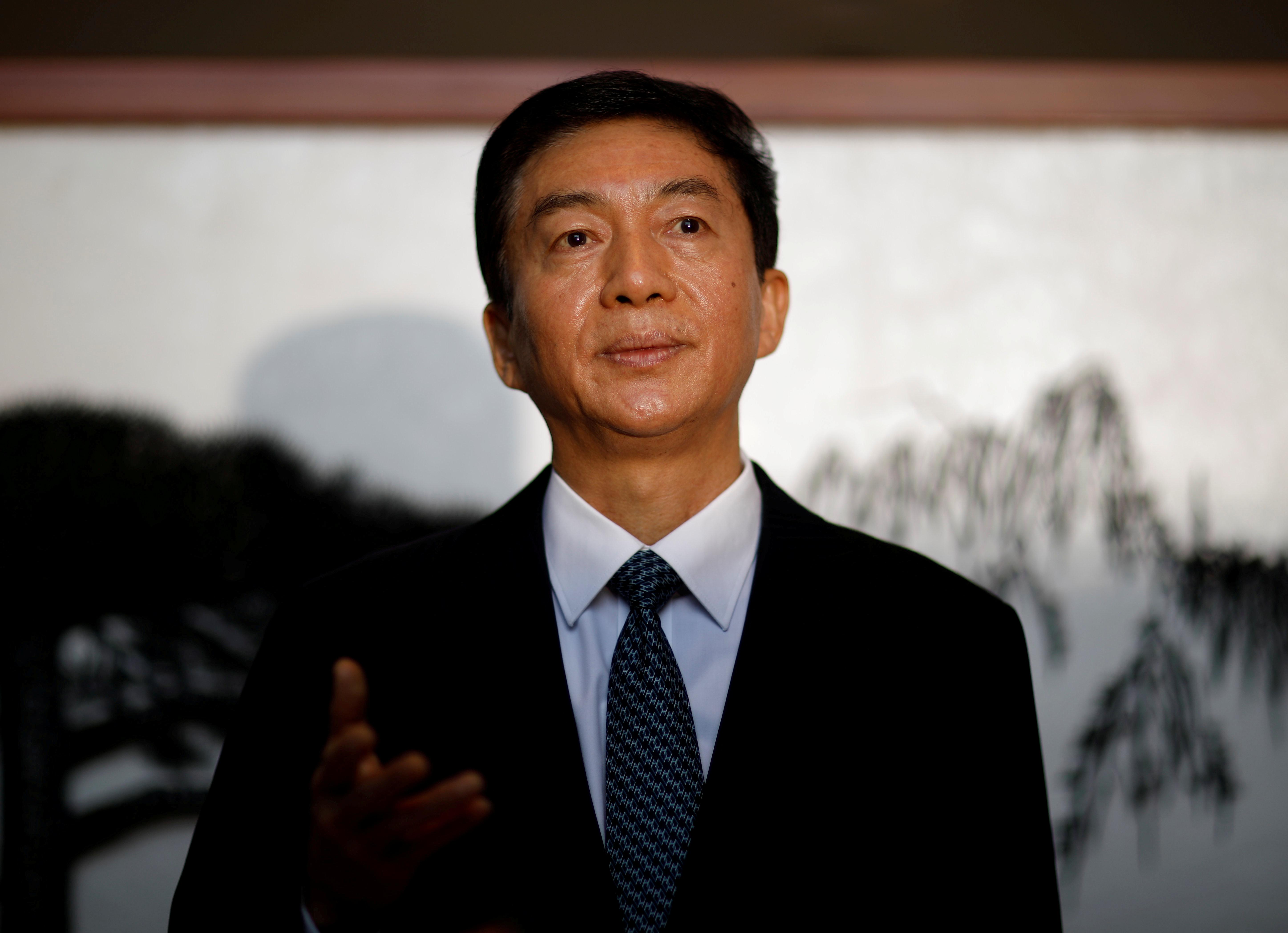 Separately, the Hong Kong government said the sanctions were “shameless and despicable” and represented “blatant and barbaric” interference in China’s internal affairs.

“We will not be intimidated,” a government spokesman said.

The United States on Friday imposed sanctions on Luo Huining, the head of China’s Liaison Office, as well as Hong Kong leader Carrie Lam and other current and former officials that Washington accuses of curtailing political freedoms in the global financial hub.

The move accelerates rapidly deteriorating Sino-U.S. ties, more than a month after Beijing imposed sweeping national security legislation on Hong Kong that drew condemnation from Western governments and sent a chill across the city.

“The unscrupulous intentions of the U.S. politicians to support the anti-China chaos in Hong Kong have been revealed, and their clowning actions are really ridiculous,” the Liaison Office said in a statement. “Intimidation and threats cannot frighten the Chinese people.”

Luo, the most senior mainland political official based in the Chinese-controlled territory, said U.S. sanctions on him indicated he was doing what he “should be doing for my country and Hong Kong”, according to the statement.

Luo has oversight over the implementation of the contentious security law that allows mainland security agents to be officially based in China’s freest city for the first time.

the justice secretary. Xia Baolong, the director of the Hong Kong and Macau Affairs Office in Beijing, was also named.

Police chief Tang told local media on Saturday that maintaining the security of the country and Hong Kong was his responsibility, and foreign sanctions were meaningless.

The sanctions freeze any U.S. assets of the officials, prohibit them from carrying out business in the country and generally bar Americans from doing business with them.

Beijing-backed leader Lam has previously told local media she has no assets in the United States.

Hong Kong financial regulators moved to calm market fears on Saturday, as banks in the city grappled with the implications of the sanctions. The markets watchdog said it was not aware of any aspect of the sanctions that would affect how financial firms carry out their normal operations in the city.

Washington said the “draconian” security law had undermined its autonomy and set “the groundwork for censorship of any individuals or outlets that are deemed unfriendly to China.”

The U.S. sanctions come a week after Hong Kong postponed a Sept. 6 election to the Chinese-ruled city’s legislature by a year, citing a spike in coronavirus cases, prompting democracy activists to question whether the pandemic was the real reason.

Washington said the election delay was the latest example of Beijing undermining “the democratic processes and freedoms that have underpinned Hong Kong’s prosperity.”

The security legislation targets what Beijing broadly defines as secession, subversion, terrorism and collusion with foreign forces with up to life in prison.

Beijing and the Hong Kong government have said the law will not affect rights and freedoms, and that it is needed to plug security loopholes. They said it will only target a small minority of “troublemakers.”

Fifteen people have been arrested under the law so far, including four aged 16-21 who were detained last week.

Beijing imposed the legislation directly on Hong Kong just before midnight on June 30, circumventing the city’s legislature, and leaving the city’s officials in the dark on the details of the law until it was implemented.

The law has steered China further on a collision course with the West, prompting countries including Australia, Canada and Britain to suspend extradition treaties with Hong Kong.

The legislation allows agents to take suspects across the border for trials in Communist Party-controlled courts, one issue that has raised alarm at home and overseas.

Some Hong Kong people have fled the city to set up home overseas, while immigration consultants have reported a surge in inquiries of people looking to leave.

Hong Kong authorities have issued arrest warrants for six pro-democracy activists who fled the city and were suspected of violating the new security.

Some political analysts say the security law coming directly from Beijing and bypassing Hong Kong’s legislature signals the start of a more authoritarian rule in the semi-autonomous city and a march toward mainland control.

Critics of the law say it erodes basic rights and freedoms, guaranteed when the former British colony returned to Chinese rule in 1997, while supporters say it will bring stability after a year of often-violent anti-government and anti-China unrest.