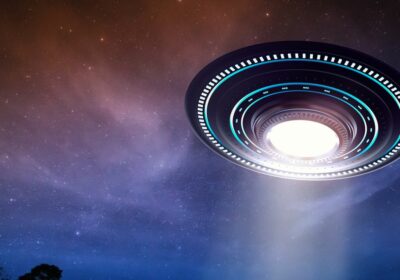 UFOs are snooping on Vladimir Putin’s war, according to Ukrainian scientists.

Boffins monitoring the skies above the invaded nation have reported a string of sightings of mystery objects they cannot identify.

They say the craft move so quickly – at speeds of up to 15km per second – they are almost impossible to see and capture on film.

Ukraine officials have ordered two meteor monitoring stations to observe the UFOs which researchers say are everywhere. They have recorded two different types of object – black phantoms which appear to absorb radiation and luminous cosmics ’which are brighter than the background of the sky’.

The findings are contained in a research paper published by Ukraine’s Main Astronomical Observatory in capital Kyiv in conjunction with the country’s National Academy of Science.

The Pentagon ordered an investigation to determine if the unidentified craft could be new weapons invented by potentially hostile nations.

But witnesses have said most moved too fast to be the result of any known human technology.

Now similar mystery craft have shown up in besieged Ukraine.

“We see them everywhere,” the research paper said.

We observe a significant number of objects whose nature is not clear.”

The paper – called Unidentified Aerial Phenomena I. Observations Of Events – reports sightings made at observatories in Kyiv and Vinarivka 75 miles away.

Researchers said they had been forced to `fine-tune’ equipment’s `shutter speed, frame rate and dynamic range’ to capture the crafts’ movements.

"We have developed a special observation technique taking into account the high speeds of the observed objects,’’ they said.

Objects categorised as phantoms had been observed in the troposphere at distances up to 10-12 km.

"Flights of single, group and squadrons of the ships were detected, moving at speeds from 3 to 15 degrees per second.’’ The boffins insist the nature of the craft is not clear.