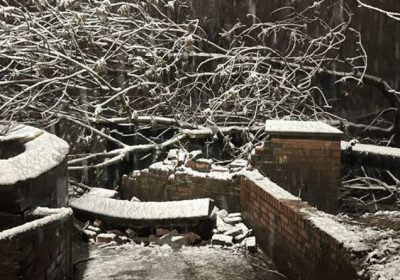 Storm Christoph has caused chaos over the past 24 hours, with widespread flooding causing thousands to leave their homes immediately. Heavy rainfall and winds have also caused carnage, with landslides reported in Northwich in Cheshire.

Images show a downed bridge as a tree has fallen into a canal near Nursery Road in Barton, Northwich.

The storm which peaked overnight has caused thousands in Cheshire and Greater Manchester to flee their homes as rivers burst their banks.

Four severe flood warnings are out in the areas – meaning residents must leave their homes as there is a risk to life.

Several weather warnings are out across the UK for ice, rain and snow as the storm continues throughout the UK. 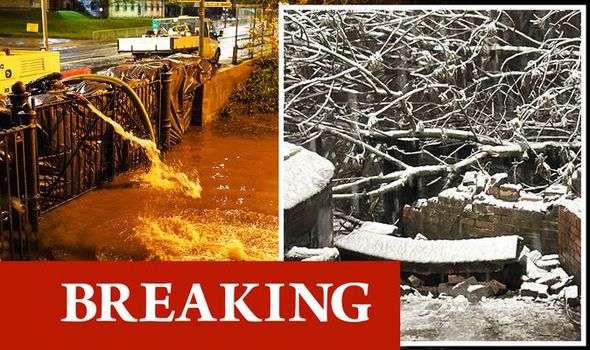